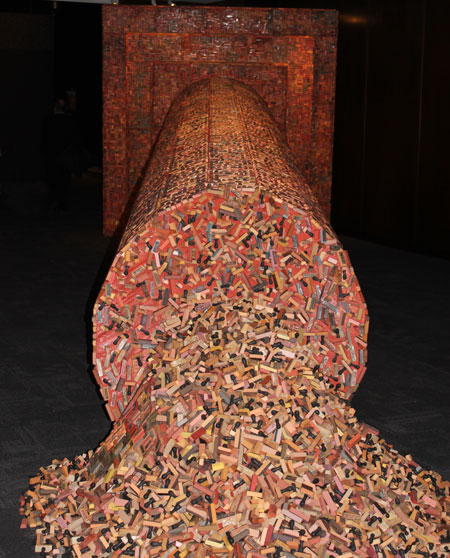 A wide range of historical evidence indicates humans’ preference for colored images. Ancient Greek and Roman statues today appear as bare stone. That’s only because their once-painted surfaces have not survived.  Careful study of ancient Greek and Roman statues reveals that they were originally painted with bright colors and intricate color patterns. The Buddhas of Bamiyan, built in the sixth century in present-day Afghanistan, also were intensely colorful:

prior to the conversion of the region to Islam [about 1001 GC], the statues were overpainted several times, presumably because the colors had faded. The outer robes, or sangati, were painted dark blue on the inside and pink, and later bright orange, on top. In a further phase, the larger Buddha was painted red and the smaller white, while the interior of the robes was repainted in a paler blue.[1]

The difficulties facing print media businesses today are enormous.  Adoption of e-books is happening quickly, and the price of e-readers is dropping rapidly.[2]  Newspaper and magazine businesses are collapsing, as are those of print book publishers and brick-and-mortar book stores. In these circumstances, color may seem a superficial concern.  But the deep human preference for color may make the future for monochrome print even less promising.

[2]  Amazon’s Kindle today does not support color.  Kindle e-books, and many others, are monochrome.  That’s likely to change soon.