True information about the size of the ancient Library of Alexandria’s book collection is also scarce. By the fourth century GC, ancient writers thought that the Library of Alexandria had been enormous.  One noted, “the unanimous testimony of ancient records declares that 700,000 volumes, brought together by the unremitting energy of the Ptolemaic kings, were burned in the Alexandrine war.”[3]  A variety of ancient and modern works put the size of the libary about 500,000 books.  However, some ancient sources indicate a size about 50,000.  Moreover, different manuscripts of the same ancient work transmit collection sizes that differ by a factor of ten.[4]

Calculations based on ancient Greek authorship suggest that claims of 500,000 or more rolls don’t deserve the credibility that they have received.  Words attributed to 450 authors writing in Greek before the end of the fourth century BGC have survived to the present.  Words attributed to another 175 authors writing in Greek in the third century BGC have also survived.  Assuming that the Library of Alexandria collected on average 25 rolls for each of these authors implies a total of about 16,000 rolls.  Moreover, all the surviving words written in Greek in the second century BGC or earlier would fit on less than 400 rolls.  For ancient Greek authors as they are now generally understood, the existence of more than twenty times as many as those that have survived isn’t plausible.  That such authors authored a thousand times as many words as have survived isn’t plausible.  Ancient Greek authors probably wrote on average less than 25 rolls each.  Claims that the Library of Alexandria held 500,000 rolls don’t add up with the figures of ancient Greek authorship.[5]

Much different figures of ancient Greek authorship are plausible.  An ancient block of granite found near Alexandria has engraved on its face in Greek, “Dioskourides, 3 rolls.”  Dioskourides cannot be plausibly identified.  This unique object, long identified as a book container, is more reasonably interpreted as a sculpture base.[6]  This object suggests that authorship, measured in rolls, carried considerable status.  Authorship measured in rolls is not the same as creative, Romantic authorship.  Genealogical records, records of political events and acts, compilations of quotations from others, corrected, annotated, or excerpted works of others, and commentaries on others’ work probably were the most prevalent forms of authored works in ancient Greece, as they are everywhere else.[7]  Pseudo-Aristeas’ interest in the story of the translation of Hebrew scripture for the Library of Alexandria suggests that having a book included in the Library of Alexandria was a mark of prestige.  How many Greeks would have had the motive and the means to author rolls and seek to have them included in the Library of Alexandria?

From the mid-fifth century to the mid-third century BGC, Greeks seeking authorial status plausibly could have driven the Library of Alexandria’s collection to 100,000 rolls.  Greece in the fourth century BGC encompassed an estimated 1,100 self-governing cities with probably more than 8 million residents. Among those cities, 330 were members of the Delian League and at least 80 had total territory larger than 500 square kilometers.[8] Suppose that, among each generation of adults, the 80 largest cities averaged 5 authors each, the other estimated 250 members of the Delian League averaged 2 authors each, and the remaining 770 cities averaged 1 author each.  Those estimates imply a total of 1670 authors per adult generation.  Two centuries would span about six generations of adults.  That implies about 10,000 authors in total.  If each averaged in the Library of Alexander ten roles under his or her name, that implies 100,000 rolls.[9]

Individual and political status-seeking are central to the production and collection of books.  Elite Greek men engaged intensely in verbal competition.  The creation of libraries in the ancient Islamic world and the enduring knowledge of the ninth-century House of Wisdom in Baghdad, like that of the ancient Library of Alexandria, reflect political aspirations for intellectual eminence.  The best indicator of the size of libraries is the nature of interpersonal and inter-societal verbal competition. 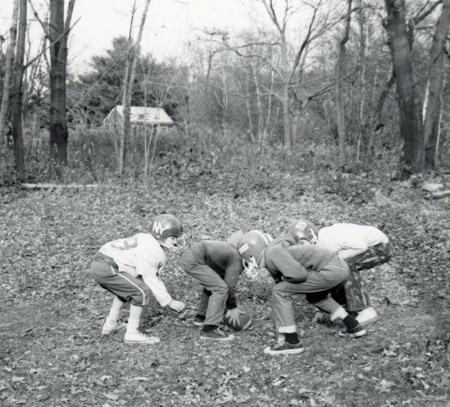 [1] Bagnall (2002) pp. 348-51.  The earliest surviving mention of the library occurs in a work dating to the second century BGC, Psuedo-Aristeas, Letter to Philocrates (Letter of Aristeas).

[4] Id. pp. 351-2.  Bagnall is a highly knowledgeable, widely respected scholar.  His analysis, however, has hardly been able to move prevailing accounts of the Library of Alexandria. A curious difference between al-Qifti’s account and Bar Hebraeus’ account of the destruction of the Library of Alexandria is that al-Qifti, but not Bar Hebraeus, gives a specific count of the books in the library: 54,120 books.

[5] All the statements and figures in the above paragraph are based on Bagnall (2002) pp. 352-4.  Most of the total number of authors whose words have survived have less than a few sentences surviving.

[7] See, e.g. commonplace books, collections of wise sayings, and contemporary blogs.  Ibn Abi Usaibia’s History of Physicians includes with each physician a list of the titles that the physician authored.  Commentaries are rather common.  In recent years, total print-on-demand titles has jumped to nearly eight times that of traditional print titles. Print-on-demand titles typically have low authorial investment.

[9] In Ibn Abi Usaibia’s History of Physicians, which is roughly a prestige-selected set of physicians, the physicians’ distribution of books authored is highly skewed.  The over-all average books listed per author is 25.  Nonetheless, ten books per author in the Library of Alexandria may still be too high.  In England from 1783 to 1819, female-authored novels outnumbered male-authored novels by 42%.  The number of female-authored rolls in classical Greece was probably much small than the number of male-authored rolls, but not negligible.  Persian, Assyrian, and Egyptian books could have further increased the total number of rolls in the library.

3 thoughts on “the ancient Library of Alexandria's tribute to knowledge”

Leave a Reply to The Topiary Cow Cancel reply