Persons broad-minded enough to comprehend not just the center of the story, but also outer circles, can appreciate the comedy and tragedy of men’s sexual troubles.  Al-Jahiz, a ninth-century Muslim scholar who wrote with literary sophistication on a wide range of scientific and humanistic topics, was such a person.  As would most other learned Muslims of his time, al-Jahiz knew of the late-seventh-century Bedouin love poetry of Jamil ibn Abdallah ibn Mamar al-Udhri (d.701).  He thus knew the story of Jamil’s intense, but unrequited, love for Buthaynah.  Here’s how al-Jahiz told that story in his epistle on singing-girls:

Buthaynah’s brother was vexed in his heart with Jamil because of certain objections to Jamil’s association with her, and because of an idea that the acquaintanceship was not wholly innocent.  He complained of this to her husband, whose alarm was excited by the same thing that had perturbed the brother.  So they laid in wait for Jamil, when he came to visit Buthaynah, with the intention of killing him; but when they had listened to his and her talk, they heard Jamil saying to her by way of testing her:

{Jamil said,} “Would you like to do as men and women do for the quenching of love’s thirst and the extinguishing of passion’s fire?” “No,” said she. “Why?” he asked.  “Because,” she replied, “true love is spoiled when one has sexual intercourse.”  Then Jamil produced a sword which he had hidden under his garment, saying, “Had you granted the favor I asked, I would have plunged this into you.”

When the two others heard this, they were prepared to trust him without surveillance and rely on his chastity; they abandoned their intention of killing him and allowed him freedom to see her and talk to her. [1]

This story has a double frame of testing.  Buthaynah’s brother and husband test Jamil by secretly observing his relationship with Buthaynah.  Within that test, Jamil tests Buthaynah by asking her for sex.  Such self-similar framing is the main organizing structure for the tales of the thousand and one nights (Arabian nights).

Jamil, a classical Arabic love poet, asks for sex as a classical Arabic love poet would.  A modern-day American teenager, in bed with his girlfriend and wanting sex, would text her “dtf?”  A modern-day well-educated American college student would instead hand to his girlfriend across the pillow the university-approved consent form for sexual intercourse.  Jamil, in contrast, says to the woman of his desire: “Would you like to do as men and women do for the quenching of love’s thirst and the extinguishing of passion’s fire?”

Jamil was a Bedouin poet of udhri love — chaste love in which the male lover dies from suffering for love.  That oppressive but socially treasured construction of love typically develops in social circumstances of intense verbal competition.  Ovid in Augustus’ Rome brilliantly ridiculed such love.  In Jahiz’s account of Buthaynah, Jamil, and their families, Buthaynah responds to Jamil’s sex request with a world-saving fiat: “no.” Jamil the poet, at loss for words, can manage to reply only, “Why?”  Buthaynah in turn explains with characteristically feminine reason.  That feminine reason was the ruling reason in Jamil’s udhri love: “true love is spoiled when one has sexual intercourse.”  With more than wisps of ironic poetic imagery, Jamil then whips out a “sword” from under his garment and declares, “I would have plunged this into you.”[2]

Al-Jahiz’s story of Buthaynah, Jamil, and their families isn’t just comedic.  Socio-biological evolution has created within men’s nature intense concern about true paternity knowledge.  At a personal level, that socio-biological evolution manifests in men’s concern for sexual fidelity in a long-term mate.  At a social level, true paternity knowledge doesn’t matter because men’s interests are socially devalued.  At a personal, primal level, most men are highly eager to have sex.  Yet men in truth are more human than a male dog smelling a bitch in heat.  The social construction of men’s self affects their behavior.  Both the social construction of men’s self and the social system regulating men’s paternity interests can kill women and men. 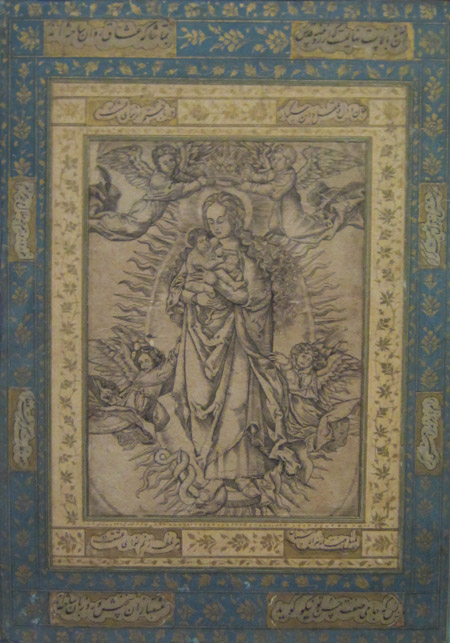 [2] According to Montgomery (2006) pp. 19, 20, al-Jahiz is a “protean writer of unbounded versatility, astonishing intellectual acumen, and disarming flamboyance”; and al-Jahiz’s epistle on singing girls should be read “as a product of its time, coruscatingly savage in its mordancy, as an intellectually scintillating and rhetorically elusive epistle in which multivalency is combined with polyphony.” That description also fits well Ovid and Ovid’s love elegy.