Judah al-Harizi’s Tahkemoni, a Hebrew work written in Spain about 1220, presents a charlatan physician. The physician claims the authority of Eastern learning:

I hail from Babylon, where I sought earth’s master sages, granaries of the Wisdom of the ages.  I have studied medicine under brilliant physicians, poured water on the hands of peerless diagnosticians, drunk their words down passionately, not circumspectly; and not from books, but from their lips directly.  I have swum deeply in their inner sea: the pillars of their wisdom stand revealed to me. [1]

With a brief, introductory bow to God’s healing powers, the physician with godly allusions offers to dispel all forms of bodily suffering:

I, with His help who formed Earth and Sky, can bind up your pain and give you ease again, staunch your every wound and set your strings well tuned.  All who ache or ail, be hale!  Mine the unguent and salve for every loathsome lesion you might have.  Let the snake-bite man take what I give: and it shall be that everyone bitten shall look on me and live.  You who hunger for health, come dine: mine is a powder ground exquisite fine to open eyes shut tight, giving the blind full slight.  I have a potion that sets the barren teeming and the frigid steaming.  For each raw wound recalcitrant to medication I am come from the city with Salvation.  With God’s help I shall put your deafness behind, heal the blind, set the lame skipping like lambs, and butting about like rams.  Each and every hurt that casts man down to dirt, yes, your very least distress I shall send loping off to the wilderness. [2]

A crowd of sick and suffering persons came, “like manna in the wilderness,” to the physician.  Their pain made for his gain:

a motley hubbub up from the farms, dotards and babes-in-arms, a swain groaning his pain, a dame moaning her name, all pouring forth their grief; and he, clucking sympathy, hurrying his relief in bottles and jars, and garnering their dinars, his humour none the worse for having filled his purse through his sham and baldfaced scam. [3]

The narrator is contemptuous of both the charlatan-physician and his victims.  Invective and satire against physicians is continuous from Roman literature and literature in the early Islamic world to medieval European literature.[4] 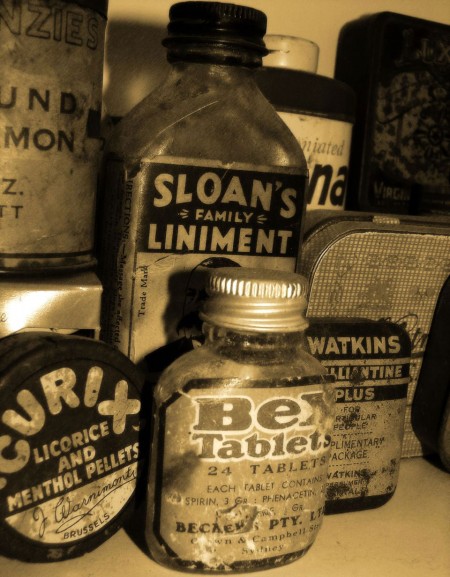 The narrator, who participates in Tahkemoni, berates the physician for his chicanery.  The physician “curled his lips as to curse,” but instead responded in verse:

Because you are my honest friend
your every word I take as manna;
But I must wander far and wide
till I be blest with coin’s Hosanna.
Flint-hearted Time rears wavelike up
and strikes me cruel, early and late:
Lodge no complaint at my door, good friend;
lodge your complaint against harsh Fate. [5]

The word “manna” recalls persons’ “hunger for health.”  Their falling “like manna” on the physician enables him to fill his purse.  The honest friend’s words offer no such benefit.  A physician must acquire means to eat.  That means being “blest with coin’s Hosanna.”  The continuous struggle for survival is hard-hearted and cruel.  The physician deflects opprobrium for his chicanery to economics and “harsh Fate.”

That’s not a convincing excuse if you wear fine robes and live in luxurious quarters.

[1] Judah al-Harizi, Tahkemoni, Gate 30, from Hebrew trans. Segal (2001) p. 246.  Tahkemoni adapted into Hebrew the Arabic literary genre maqama.  Rhyming prose interspersed with poetry is characteristics of maqama.  The claim “not from books, but from their lips directly” relates to a more general controversy over the merits of learning orally from a teacher versus learning from books.  In eleventh-century Egypt, the scholarly physician ibn Butlan criticized the scholarly physician ibn Ridwan for learning from books.

[2] Id. pp. 246-7.  The text is replete with biblical figures and allusions to god’s healing acts and compassion.  E.g. Isaiah 55:1-3.  Many of these figures and allusions are also in the Gospels’ accounts of Jesus, the good physician.  Al-Harizi’s charlatan physician promised powder for opening eyes shut tight.  Such powder would reverse the failure of physicians in Tobit 1:10.

Alharizi was not alone in raising a laugh at the expense of physicians; earlier and later figures in Jewish literature, indeed in all European and Arabic medieval literature, made uncharitable remarks about doctors, especially as they claimed or pretended impossible expertise — clearly the case here.

[5] Id. p. 249.  At the end of the story, the narrator refers to the physician as “Truth’s doctor.” The physician earlier invited the people, “come forward, try me; test my Truth; and only then deny me!”  Al-Harizi seems to be playing with a contrast between truths of economics and truths of medicine.

[image] Old medicine bottle / jar collection, thanks to aussiegall for sharing and Wikicommons for collecting.