Now we flee from standing firm and we stream toward evil; let us stand up for goodness.  It is the final hour, the most wicked of times — be watchful! [1]

Bernard of Cluny’s De Contemptu Mundi is a long, twelfth-century Latin poem that complains about everything.  Its complaints are conventional: everything used to be better, the world’s gone to hell, everyone now is obsessed with money, sex, power, and their stomachs.  A scholar has described this work as containing “one of the most vehement, nasty outpourings of antifeminism in the Middle Ages.”[2]  But its vehemence and nastiness has a hollow core.  De Contemptu Mundi lacks the outrageously transgressive pseudo-realism of Jaume Roig’s Spill, the intricate poetic parodies of Libro de buen amor, and the keen psychological insights of Marie de France’s work. Bernard of Cluny’s De Contemptu Mundi trivializes men’s sexed protests.

Bernard speaks of this metre with great pride, pointing out in his prologue that other poets had not used it for more than a handful of lines, whereas he has managed to keep it up for three thousand. [3] 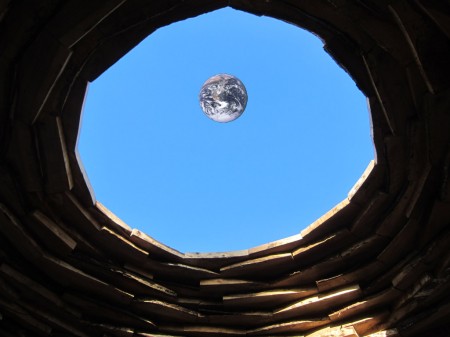 Bernard places women at the center of the world.  His gynocentric imagination ignores men and connects abstract evils to shameless whores, woman, the evil woman, and even a specific woman:

Excess thrives, impiety stands erect, injustice abounds.  The impious crowd, the troop of whores, defiles all.  The life of shameless whores is to walk without restraint; their tongue is defilement, their heart is drunkenness, their life is the belly.  Their one and only glory is to love the lewd desires of the flesh, to defile hearts in their abyss, to defile bodies in their lust.  Woman is filthy, woman is faithless, woman is feeble; she pollutes the clean, she contemplates the impious, she wears away one’s abundance.  An evil woman becomes a spur to wickedness, a rein to goodness.  An evil woman is a wild beast; her sins are as sand.  I am not going to revile righteous women whom I ought to bless, but since I must, in my poem I sting those who think like Locusta. [5]

While “impiety stands erect” surely suggests a masculine contribution, Bernard doesn’t dilate that figure.  He immediately moves on to whores.  Men throughout history have served as whores, but historians, who have been predominately men, have ignored them.  Underscoring his lack of recognition of men, Bernard abruptly moves from whores to women.  Two verses later, the subject is the evil woman.  Bernard claims that he isn’t going to revile righteous women.  That’s transparently incredible since he has reviled “woman” only a few verses earlier.  From the highly abstract claim “excess thrives” to the specific, historical reference “those who think like Locusta,” Bernard never thinks of men.

Bernard distracts attention from his disregard for men with an insincere distinction between person and acts.  Immediately following the above passage, Bernard declares:

Now the evil woman becomes my theme, she becomes my discourse.  Her I regard as good, but her acts I condemn, and therefore I censure them. [6]

After only a few more verses, Bernard tramples the distinction between person and acts.  He describes “woman” as pulchra putredo (“beautiful rottenness”), dulce venenum (“sweet poison”), semita lubrica (“a slippery path”), fossa novissima (“the deepest ditch”), and publica janua (“a public doorway”).[7]  All these descriptions are directed at the person.  With their specific forms, these figures are gendered to exclude men.[8]

Bernard himself doesn’t appreciate the seriousness of his disparagement of the literature of men’s sexed protests.  Bernard rattles off verses that seem to be merely technical exercises:

What woman keeps sacred agreements … so that offspring given to her husband, sired by him and not by a servant, shows his father’s face and manifests the father’s deeds? For what woman does the promise or the blessing at the altar remain firm? What woman has pious eyes, what woman is good? A rare one, believe me! This bird is very rare, this plant is difficult to find. I attack such things, I ridicule such things, but not without weeping. [10]

In view of the violent diction and strained ornamentation we have seen, and the conscious imitation of satirical conventions, I suspect that the misogynistic poems which flourished in the twelfth century were comic in effect, if not in purpose. Perhaps they were all for show. [11]

[5] De Contemptu Mundi, II.439-50.  In describing shameless whores walking without restraint, Bernard may have been referring to a medieval version of the post-modern slutwalk.  Locusta was a strong, independent businesswoman in first-century Rome.  She acquired considerable wealth working directly for the Roman Emperor Nero.  The Roman Emperor Galba (probably not related to Galbi, which is more likely a name of Roman Arabic slaves who quarried rocks) condemned Locusta to death.

[8] This problem may have cosmic generality.  Bloch (1987), p. 19, declares that a writer “can only be defined as a woman.”  Bloch sees the exclusion of men as defining the whole literary enterprise:

The discourse of misogyny runs like a rich vein throughout the breadth of medieval literature. … it is the equation of women with the illusory that serves to identify the misogynistic with the literary. … The danger of women, according to this reading of the phenomenon of misogyny, is that of literature itself.

Unlike the pusillanimous pastor he {Bernard of Cluny} does not refrain from condemning such powerful depravity for fear of losing an earthly stipend.  Yet like the meek pastor he remembers with compassion his equality in nature to those whose faults he disciplines with the rigor of zeal.  In his Christian fashion he accommodates to the iniquity of carnal lust the tears of Heraclitus and the laughter of Democritus, the alternative responses of pagan satire to the vanity of human prudence: he laments the evil woman while deriding her viciousness.  … although Bernard voices the conventional disclaimer that his diatribe is directed only against evil women and only against their sins, he nevertheless proclaims in the era of the false Christian the universality of the evil woman foreshadowed in Eve and in the licentious contemporaries of Noah and Juvenal, who now takes her part in the ambiance of iniquity which portends the coming of Christ in judgment as it anagogically had attended His coming in mercy.

Engelhardt (1964) p. 166.  Fully human men, most of whom have been low-status men, have had low social valuation throughout history.

Mann, Jill. 1994. Review. “Ronald E. Pepin, Scorn for the World: Bernard of Cluny’s De contemptu mundi. The Latin Text with English Translation and an Introduction.” The Journal of Medieval Latin. 4 (1): 163-169.