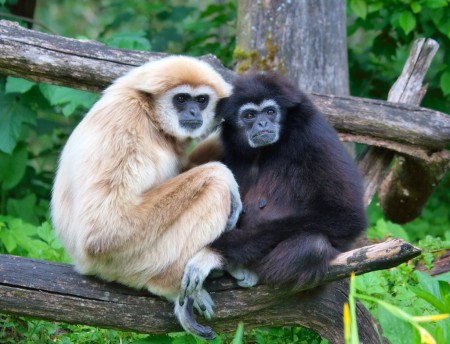 A prize-winning anthropologist at a leading U.S. university has explored how to tame what he describes as “our demonic male species.”  In a book, he and his co-author considered how to bring about a revolution in human social organization such as that imagined in Charlotte Perkin Gilman’s 1915 novel, Herland. The setting for that novel is an isolated society in which, long ago, all the males had been fortuitously killed.  The women subsequently engender only females through asexual reproduction.  The anthropology professor and his co-author recognized the implausibility of perfectly implementing this move toward an ideal society:

Like Gauguin and Melville and Mead, Charlotte Perkins Gilman eliminated male violence from her portrait of an ideal society simply by eliminating males; and we cannot perfectly paste this story’s lesson onto an ordinary two-sex society.[1]

They recognized, however, that prisons could make an important contribution to this program:

Persuading the more violent men to abandon hopes of fatherhood would doubtless keep prison builders happy and, in the end, probably engender revolution. But even if the most aggressive, potentially violent men could be persuaded to step aside for the sake of future generations, what about the women? [2]

Men are currently incarcerated for having consensual sex and not being able to make court-ordered monthly payments for the next eighteen years.  Should efforts to incarcerate men be expanded further?  Of course, the more important question is: what about the women?

Long-before tiresome recent books such as Are Men Necessary? and The End of Men and the Rise of Women, a leading biological anthropologist wrote a scholarly book with a chapter entitled, “The Pros and Cons of Males.” She briefly discussed Herland, which she described as a “marvelous 1915 utopian novel.”  She also described Valerie Solanas’s SCUM Manifesto as providing a “refuge from and defense against” the belief that women are “devoid of political instincts.”[3]  The SCUM Manifesto has obvious importance to elite anthropology.  The SCUM Manifesto declares:

the male is an incomplete female, a walking abortion, aborted at the gene stage. To be male is to be deficient, emotionally limited; maleness is a deficiency disease and males are emotional cripples. [4]

Rational men want to be squashed, stepped on, crushed and crunched, treated as the curs, the filth that they are, have their repulsiveness confirmed.

Scholars have now recognized that females play a central role in determining primate social organization.  Some scholars once believed that the Industrial Revolution led to patriarchy.  Under patriarchy theory, men deprived women of economic resources and confined them within the (single-family, suburban, dull, and dehumanizing) home.  Other scholars, however, have traced the origins of patriarchy back to the beginning of agriculture.  That’s when men’s plows first started penetrating the earth, and men began placing seeds into the fertile ground.  In the evocative description of a highly regarded anthropologist, it was “The Plow: Death Knell for Women.”[6]  However, scholarly competition and innovation has pushed patriarchy even further back into evolutionary history:

Human patriarchy has its beginnings in the forest ape social world, a system based on males’ social dominance and coercion of females.  We can speculate that it was elaborated subsequently, perhaps in the woodland ape era, perhaps much later, by the development of sexual attachments with the same essential dynamic as gorilla bonds.…  Men, following the evolutionary logic that benefits those who make the laws, would create legal systems that so often defined adultery as a crime for women, not for men – a social world that makes men freer than women.[7]

Key to this intellectual development was directing attention to female-bonded primate groups:

If FB {female-bonded} groups have evolved as modeled, they support the view that male strategies are ultimately a result of female distribution, i.e. males compete for access to given clumps of females in a system of “female defense polygyny” {references omitted}.  Consequently the number of females per group and the number of males per female are considered to depend ultimately on the strategies of females [8]

Gynocentrism rapidly achieved dominance in scholarly deliberation in anthropology and primatology.  As a scholar of primate social organization noted in a scholarly article published in 2002:

For much of the last twenty years, females have occupied center stage in theoretical and empirical analyses of primate social organization. [9]

Women have dominated social life (gynocentrism) for as long as humanity has existed.  For humans and other primates, males’ strategies depend on female behavior.  Sociality evolved in primates because it enhanced females’ access to resources.[10]  Consistent with general patterns of primate life, elite men and women today compete to establish social rules that most effectively transfer resources from men to women.

[1] Wrangham & Peterson (1996) p. 238.  Richard Wrangham is the Ruth B. Moore Professor of Biological Anthropology and Wing Chair at Harvard University.  He won a MacArthur Fellowship in 1987. Wrangham and Peterson describe Timothy McVeigh as an “all-American male” and Arnold Schwarzenegger as offering a “comic book caricature of the demonic male physique and persona.”  They lament, “As men, we have probably inadvertently neglected issues that women writers would have raised.” Id. pp. 247, 240, 242.  Compared to eliminating all men, gynocentrism has the advantage of exploiting men’s material productivity and using men to fight other men.

[4] Solanas (1968) p. 1.  The subsequent quote is from id. p. 16.  Shortly after writing the SCUM Manifesto, Solanas shot and critically wounded one man, shot but missed another man, and attempted to shoot a third man.  For these acts, she served about three years in prison.  While the SCUM Manifesto has an honored place in elite scholarship, masterpieces of literature like Boccaccio’s Corbaccio are condemned to oblivion.

[5] Hrdy (1981) p. 11.  Discussion of claims of female inferiority function as an aspect of gynocentrism.

[7] Wrangham & Peterson (1996) pp. 241-2. Other ambitious scholars have successfully traced males’ exploitation of females back to anisogamy.  The small sperm contributes less weight to the embryo than does the large egg.  This alleged exploitation started about 1.2 billion years ago when the first sexually reproducing organisms evolved.  Knowledge, capability, and interest in denouncing such sexual exploitation developed about 50 years ago.  Patriarchy has long imposed grotesquely unjust paternity laws on men and treated men as disposable persons.

[image] pair of Gibbons.  Thanks to MatthiasKabel and Wikipedia.

Fisher, Helen E. 1999. The first sex: the natural talents of women and how they are changing the world. New York: Random House.