Like current law governing reproductive rights, the traditional theory of sexual selection emphasizes female choice.  A leading biological anthropologist has explained, “it is the female who is ultimate arbiter of when she mates and how often and with whom.”[1]  According to that understanding, the female directs a male to copulate with her whenever she desires, and he obeys.  Another anthropologist has explained:

Men must compete for sex but what is there for women to compete for?  Not for copulations – any male would be more than happy to oblige her [2] 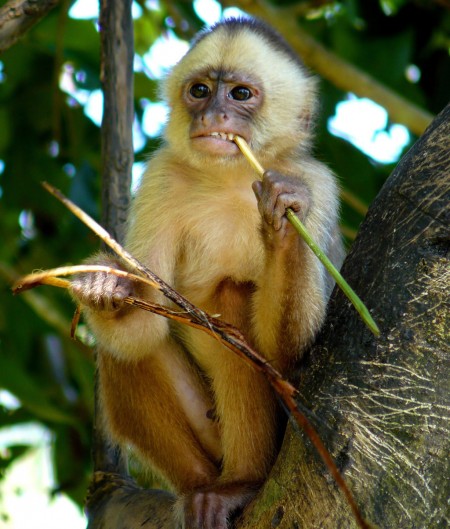 Much less authoritative field studies of human sexuality indicate very different sexual behavior.  According to these studies, men prefer young, beautiful women with long hair and who like men.  According to these studies, most men have absolutely no interest in copulating with old, ugly women who hate men, even if those women have socially impressive job titles and long lists of scholarly publications.  According to these studies, men also are generally averse to copulating with obese women.  These studies tend to be dismissed as superficial or hateful.  But much the same could be said of the above highly credentialed scholarship on traditional sexual selection.  Sexual selection theorists should adopt more inclusive thinking and consider uncredentialed field reports in relation to their theories.

Scholars of sexual selection have lamented lack of appreciation for female sexual aggressiveness and female sexual promiscuity.  An anthropologist has observed:

In retrospect one really does wonder why it was nearly 1980 before promiscuity among females attracted more than cursory theoretical attention. [5]

Could that be because gynocentrism creates belief that women exist on a higher moral plane than men do?  On the other hand, in gynocentric society, everything, including failure to discuss sufficiently the prevalence of those the uneducated call sluts, is the fault of socially constructed belief in patriarchy.

All aspects of female sexuality surely are worthy of attention.  A highly respected scholar noted:

In her piece entitled “Bride Wore White, Groom Hopes for Parole,” journalist Donatella Lorch (1996) describes women from a wide range of professions – bankers, journalists, judges, teachers, for whom resources are obviously not the issue – who marry men whose freedom of mate choice is severely circumscribed by the fact that they are in prison. … This vignette of sex-reversed claustration makes a serious point about just how little we know about female choice in breeding systems where male interests are not paramount and patrilines are not making the rules. [6]

If the science of sexual selection is to advance beyond misandry and fashionable cultic nonsense, it must take seriously the amazing body of work that uncredentialed, applied researchers are producing.

[1] Hrdy (1981) p. 18.  This statement refers to male and female organisms in general, not just humans.  Commodity markets for sperm (sperm banks) make sufficiently wealthy women the ultimate arbiter of when, how often, and with which sperm donor she is inseminated.

[6] Hrdy (1997) p. 32.  Of course, male interests have never been paramount, and male rulers make rules to serve females.  Thus in the thirteenth-century French popular romance, The Romance of the Rose, an old woman declares:

I called all the others lovers, but it was he alone that I loved.  Understand, he didn’t value me at one pea, and in fact told me so.  He was bad — I never saw worse — and he never ceased despising me.  This scoundrel, who didn’t love me at all, would call me a common whore.  A woman has very poor judgment, and I was truly a woman.  I never loved a man who loved me, but, do you know, if that scoundrel had laid open my shoulder or broken my head, I would have thanked him for it.  He wouldn’t have known how to beat me so much that I would not have had him throw himself upon me, for he knew very well how to make his peace, however much he had done against me.  He would never have treated me so badly, beaten me or dragged me or wounded my face or bruised it black, that he would not have begged my favor before he moved from the place.  He would never had said so many shameful things to me that he would not have counseled peace to me and then made me happy in bed, so that we had peace and concord again.  Thus he had me caught in his snare, for this false, treacherous thief was a very hard rider in bed.

[image] A young White-fronted Capuchin Monkey.  Thanks to Whaldener Endo and Wikipedia.

Campbell, Anne. 2002.  A mind of her own: the evolutionary psychology of women. Oxford ; New York, Oxford University Press.