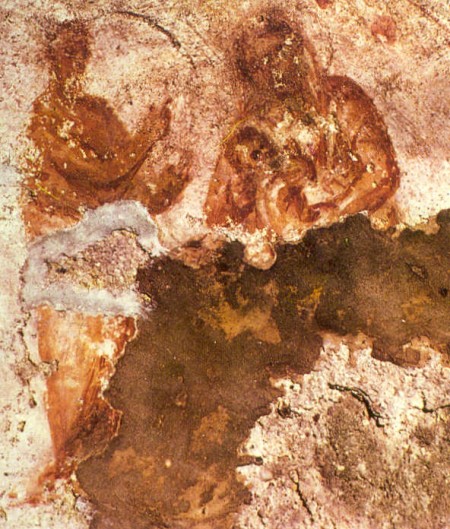 Christian theological understanding supported recovery of the translated form of amen.  In Luke 1:38, Mary says to the Angel Gabriel, “Let it be done with me according to your word.”  Mary’s affirmation is a world-changing statement from a Christian perspective.  It opened the path for the incarnation of Christ in Mary’s womb.  In the Greek New Testament, Mary’s phrase “let it be done” was essentially the early Jewish translation of amen from Hebrew into Greek.  Mary’s “let in be done” in Latin was fiat, which became the Latin translation of amen. This can be understood as more than just an obscure technical matter.  A papal encyclical in 2003 observed, “there is a profound analogy between the Fiat which Mary said in reply to the angel, and the Amen which every believer says when receiving the body of the Lord.”[2]

Early use of a translated-transliterated amen pair apparently was liturgical, but not profoundly reverential.  Christian inscriptions from about fifth-century Athens include Greek translated-transliterated amen pairs in contexts of broad Christian cultural elaboration.  The two surviving pairs have opposite order of the translated and transliterated words.  If the pairing of amen forms early on had been perceived to have profound theological significance, the order probably would have been fixed.  Moreover, the Hebrew transliteration probably would have been first in a significantly fixed order.

amen, amen, fiat, fiatur, ad differentiam papae  {amen, amen, do this, does that, to be different from papal bulls} [8]

Mary, the mother of Jesus, was a young woman from a small town.  She wasn’t a bureaucrat.  Her fiat doesn’t belong in bureaucratic boilerplate.

[image] Mary, the mother of Jesus, nursing Jesus.  The man, interpreted as Isaiah or Balaam, seems to be gesturing to a celestial sign of Jesus’s birth.  Fresco in the Catacomb of Priscilla, Rome.  Probably early third century.  Thanks to Wikipedia.