In Boccaccio’s Decameron, Pampinea chartered the brigata for enjoyment “without ever trespassing the sign of reason in any way.”[1]  Pampinea thus presented reason as a external, public constraint.  Human reason, however, can function merely to rationalize a desired path.  The sign of reason significantly governs desire only in conjunction with virtue.  In Decameron 2.8, Gualtieri and his daughter Giannetta repel reason that serves only as rationalization.  Their actions demonstrate virtue and are highly rewarded at the end of the story.[2] 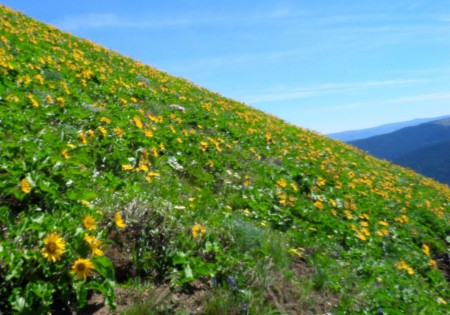 Gualtieri, the Count of Antwerp, was governing the Kingdom of France while the King and the King’s son were fighting in Germany.  The wife of the King’s son fell in love with Gualtieri.  She summoned Gualtieri on the pretext of having matters to discuss with him.  She had him sit down on a sofa next to her.  He asked her why she summoned him.  She remained silent.  He asked again.  Again,  she didn’t answer.  Finally, her love for Gualtieri prompted her to speak:

Sweet friend and lord, O my dearest, since you are wise, you surely understand how frail men and women are ….  in my opinion, the advantages the rich woman possesses should go a long way toward excusing her, should she, by chance, slip and fall into love.  And if, in addition, she chose a wise and valiant lover on whom to bestow her favors, then she would need no excuse whatsoever.  Now, in my opinion, I meet both of these requirements, and since I have other reasons as well for falling in love, such as my youth and my husband’s absence, it is only fitting that these things should come to my aid and defend my burning love in your sight. [3]

The lady’s formally structured reasoning is rationalization of her desire for a love affair.  She continued with further rationalization (“as long as it remains hidden, I don’t think there’s any harm in it”) and finally concluded by declaring that the object of her desire is none other than Gualtieri.  Then she burst into tears:

These words produced such an abundance of tears that even though she intended to go on pleading with him, she no longer had the ability to speak.  Instead, very nearly overcome by emotion, she bowed her head, and still weeping, allowed it to rest on his breast.

Gualtieri would have none of the lady’s rationalizations:

{he} began to upbraid her sternly for her insane passion, pushing her away as she tried to throw her arms about his neck.  With many an oath, he swore that he would sooner allow himself to be drawn and quartered than permit such harm to be done to his lord’s honor, either by himself or by anyone else.

The lady, furious, responded with a false rape accusation:

No sooner did the lady hear this than she instantly forgot all about love, and burning now with savage fury, she said to him: “So, base knight, this is how my desire is going to be flouted by you?  Since you want to be the cause of my death, I’ll be the cause of yours, so help me God, and I’ll have you driven from the face of the earth.”  Having said this, she tore at her hair with her hands until it was completely disheveled, ripped apart her clothes at her breast, and began screaming out loud:  “Help, help! The Count of Antwerp is trying to rape me!” [4]

Gualtieri (the Count of Antwerp) recognized what has long been a common position for men facing a false rape accusation: “he feared that they would sooner believe the lady’s wickedness than his claims of innocence.”  Gualtieri, who was a widower, wisely gathered his children and fled with them.  He had to flee quickly:

At the sound of the lady’s screams, many people came running and when they saw her and heard what she was shouting about, not only did they believe everything she said, but they were now convinced that the Count had been using his charm and his refined manners all along for just this purpose.  In a fury they rushed to his residence in order to arrest him, but failing to find him there, they ransacked the place and then razed it to the ground. [5]

Gualtieri’s rejection of the lady’s rationalizations and her proposition for an affair caused great harm to him.  His action in light of an assessment of possible consequences might be judged unreasonable.  But he acted virtuously, as he understood virtue and right conduct.

Gualtieri’s daughter Giannetta similarly acted virtuously.  Having fled to England, the now destitute Gualtieri placed his daughter as a servant in a noble home.  He counseled his daughter not to tell anyone of her noble parentage and desperate flight.  That was a wise precaution to avoid further persecution.  The noble family that Giannetta was serving had a son.  The son fell in love with the servant Giannetta.  That was not a match his parents would approve.  The son thus fell gravely ill with lovesickness.  A wise doctor, noticing changes in the son’s pulse when Giannetta appeared, correctly diagnosed that the son was lovesick for Giannetta.[6]  The mother contrived to have the son confess to her his love for Giannetta.  She then promised to try to get for him Giannetta’s love.

The mother schemed in various ways to procure Giannetta as a lover for her son.  The mother suggestively asked Giannetta whether she had a lover.  Giannetta replied that for her to take a lover would not be proper.  The mother not only approved of Giannetta taking a lover, but also proposed to provide her with one.  The mother told Giannetta:

Well, if you don’t have a lover, we’d like to give you one, a man with whom you’ll lead a merry life and enjoy your beauty even more.  It’s just not right for a lovely young lady like you to be without a lover.

I really should do whatever you wish.  But in this case not only will I never oblige you, but I think I am right in refusing to do so.  If it’s your pleasure to present me with a husband, then that’s the man I intend to love, and no one else.  For the only thing I have left that I’ve inherited from my ancestors is my honor, and I’m determined to safeguard and preserve it for as long as I live.

Pressing her case with a hypothetical, the mother asked Giannetta if she would deny the King if he wanted to take her as a lover.  Giannetta responded:

The King could take me by force, but he would never get my consent unless his intentions were honorable.

Giannetta’s reference to rape apparently inspired the mother.  She told her son that she would put Giannetta in a bedroom with him and “he could do his best to have his way with her.”  The son, like most men, was not interested in raping a woman.  His lovesickness worsened to the point of death.  His parents then realized that they could save their son only be allowing him to marry Giannetta.  Giannetta was very happy to marry the son.  He instantly recovered, and they lived happily as a married couple.

The story ends with great rewards for the virtuous Gualtieri and Giannetta.  In her deathbed confession, the wife of the King’s son revealed that she had falsely accused Gualtieri of rape.  Much less harm would have been done if the wife had confessed her lies much sooner, or if people hadn’t been so willing to believe her lies.  Nonetheless, Fortune favored the virtuous Gualtieri and Giannetta.  The King established a large reward for anyone who could find Gualtieri and his children.  Through a highly improbable chain of events, Gualtieri and his children were reunited.  Giannetta’s husband collected the rich reward for finding them.  Although his house had been ransacked and razed, Gualtieri somehow “recovered everything he had once possessed.”  Moreover, he was “raised to a rank far higher than the one he used to hold.”  Gualtieri “spent the rest of his days in Paris, leading a life there more glorious than ever before.”

The story of Gualtieri and Giannetta doesn’t end realistically.  Being falsely accused of rape is realistic.  Hope that virtue will truly be rewarded remains to the end of the age.  So be it.

[2] The name Gualtieri re-appears in Decameron 10.10.  There it’s the name of the Marquis of Saluzzo.  The Marquis of Saluzzo establishes his wife’s good character with inhumane tests.  The failure of reason in that story is much more stark than rationalization.

[3] Decameron, Day 2, Story 8, from Italian trans. Rebhorn (2013) pp. 157-173.  All subsequent quotes are from id.  The purported reason that a rich woman is less culpable for having an affair is that she “has ample leisure and possesses everything she needs to gratify her desire.”  Contemporary social critics describe such reasoning as the wheel-spinning of the rationalization hamster.

[5] This type of “damsel in distress” response in common in gynocentric societies.  Other examples are the Archpriest of Talavera’s medieval account of a woman inciting her lover to attack another man, the medieval Greek story of a wife punishing her husband for improper talk, and another medieval story of cuckolding obscured through women’s social communication.

[6] A similar account of a physician detecting a case of lovesickness exists in Valerius Maximus’s story of King Seleucus I’s son Antiochus.  Galen told a similar story about his own skill.  See discussion in note [7] in lovesickness post.