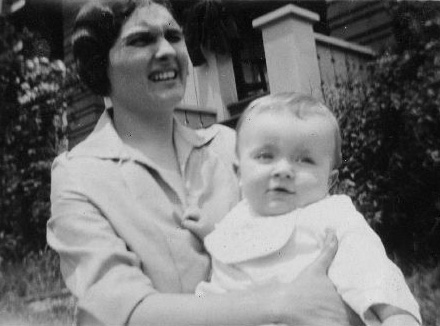 If you will control the unrestrained passion which you have within you, then women will set their net and try their wiles in vain.  Even if they have the grace to want children (which is not often the case), it is not necessary to be their slaves. [1]

From Roman love elegy to all-powerful ancient caliphs to Dante’s dolce stil novo in his Vita Nuova, men have made themselves into slaves to women.  Men who make themselves subservient to women hope to be loved like children.  Men have mythically exaggerated women’s love for children.  Men don’t understand that women typically won’t love men who act like children.

Boccaccio’s reference to “unrestrained passion” is misunderstood simply as sexual passion.  In the European Middle Ages, women’s passion was commonly recognized to exceed that of men’s and be more difficult to restrain.  A key challenge for a husband was to be always ready to satisfy his wife’s sexual urges.  To Boccaccio, unrestrained passion meant men acting like children toward women.

Woman overcame man living without pain.
Freedom lacks foul, tight reins.
Not entombed, not paying for their chains,
happy are they not caught in this net. [2]

Boccaccio did not favor men going their own way apart from women.  Boccaccio celebrated heterosexual relations.  He imagined men living freely and happily in love with women.

While he described men cast down by forces beyond their control, Boccaccio emphasized women’s skills in self-fashioning.  Boccaccio observed:

Women consult one another, and anything about their person which seems excessive, they reduce, and any defect they patch with marvelous skill.  A woman who is too thin will eat sweets and pastries, and a fat one get thin by fasting and exercise.  Women are busy keeping their curves from fading, lowering their shoulder line, bracing whatever has sagged, extending their necks, heightening themselves if short, and even correcting a limp. [3]

Women fashioning themselves into whom they want to be represents a humanistic ideal.  Women’s humanistic merit, however, doesn’t depend on classical scholarship.  Boccaccio noted that “without calling in the learned Hippocrates”:

Women obtain waters to make black hair golden, curling irons to make straight hair ringed and wavy; they make their forehead higher by pulling out their hairs; eyebrows that are too big and joined together they separate with pincers making the arc less thin.  Any teeth which by chance have fallen out, they replace with ivory.  What hair they cannot remove from their face with a razor, they remove with nitre, and they scrape away skin that is too thick.  By these techniques they remake themselves so that if you thought before they were unattractive and shapeless, now you think them Venus herself.

De Casibus Virorum Illustrium emphasizes the power of Fortune over men’s status.  Women dominate Fortune and determine their own status.  If a tooth falls out, a woman will replace it with a tooth of ivory.  She will make herself by force of her own will to look like Venus.

Need I mention the flowers, garlands, fillets, or coronets decked with gold and gems they decorate themselves with?  It is as if they took off their clothes and dressed themselves in a little of the thinnest gold.  How can I describe these clothes?  They are robes glittering with gold and precious stones fit only for a king.  This woman dresses herself like the Narbonnese, that one like one from the Cote d’Or, this one like the Cyprians, others like the Egyptians, Greeks, or even the Arabs.  It is no longer sufficient to be dressed like an Italian.

The unmentionable and indescribable is easily known.  Only one man is king.  Ordinary men in Bocaccio’s time and place dressed like Italians.  Women’s dress represented women’s privileged status relative to men.

Reason cannot free men from subservience to women.  Cultivating reason was central to the humanistic project.  But reason doesn’t enable men to live freely and happily in love with women:

The reason of man is blinded by feminine wiles, for women know just how to walk, just when to show a little of their alluring breasts or their legs, how they ought to use their eyes in looking at a man, what fleeting gesture will attract, what laugh is most appealing, and (this they know best) when it is the moment to show that they want what they really do not want.  But how can I attempt to list their secrets?  It would be easier to count the grains of sand by the seaside.

The grains of sand by the seaside figure in the biblical promise of being blessed with numerous descendants.[4]  Believing that one can know God completely and make God do one’s own bidding was at the core of the medieval understanding of hubris.  Within his rhetorical game of reticence and disclosure, Boccaccio had no illusions that men, even experts like him, could dominate women:

I think it is more courteous to keep undisclosed how well every woman knows those mysterious, honeyed words, those enticements, those seductions, those opportune tears which men find very moving.  It is by such tricks as these that the most expert observers of women are most often captured.

Men’s desire for women in necessary for the blessing of numerous descendants.  Men’s reason is no match for women’s ability to manipulate men’s desire.

Confronting artfully the question of men’s relation to women and protesting against men’s subservience, Boccaccio built a new synthesis of medieval virtue and humanistic reason.  Boccaccio’s protests against women tend to be misandristically dismissed as misogyny.  Using reason provides more fecund understanding.  Men excel in instrumental reason.  Men’s skillful use of tools has largely built the material structure of human civilization.  Men’s reason, however, is no match for women’s skill in self-fashioning and in controlling men’s desire.  Men remain subservient to women unless they achieve virtuous self-mastery within the everyday world.

[1] Giovanni Boccaccio, The Downfall of Illustrious Men {De Casibus Virorum Illustrium}, Bk. 1, penultimate section, “The tricks women use to capture the reason of men are many and varied.”  From Latin trans. Hall (1965) p. 45. De Casibus Virorum Illustrium is commonly translated as The Fates of Illustrious Men.  The Downfall of Illustrious Men is a more accurate translation.  The work, which consists of nine books, was composed about 1358 and revised in 1373.  Marchesi (2014) p. 245.  The work includes profiles of women, e.g. Jocasta, Queen of Thebes; Dido, Queen of Carthage; Olympiade, Queen of Macedonia.  In 1361, Boccaccio wrote a similar volume of exclusively female biographies, Famous Women {De mulieribus claris}.  Both works attracted in the subsequent two centuries much more attention than did Boccaccio’s Decameron.  In recent decades, Famous Women has attracted much more critical interest than The Downfall of Illustrious Men.

[2] From a manuscript (Gudianus 192) of a poem in Latin leonine hexameters, incipit Arbore sub quadam dictavit clericus Adam.  See post on medieval men protesting devaluation of masculine love.  The relevant Latin text and English translation is at the bottom of column 5 and 3, respectively, in the online version of Arbore sub quadam dictavit clericus Adam.

[5] In the subsequent section of The Downfall of Illustrious Men, Boccaccio wrote that he had written enough about “those who carry love to foolish extremes.”  Trans. Hall (1965) p. 46.  Dante’s relationship to Beatrice and Petrarch’s relationship to Laura fit that description.