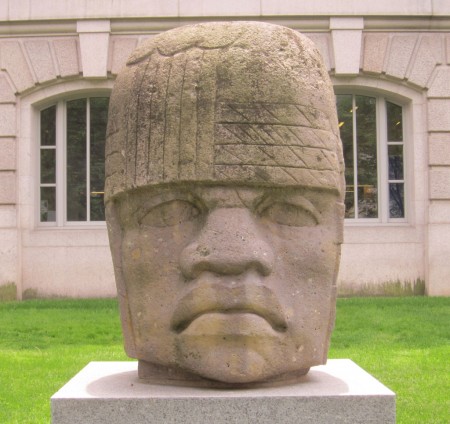 Some communications scholars have argued that men and women belong to different communication cultures.  A scholar who both achieved considerable mass-market success and gained a prestigious academic position stated:

A scholarly review of this work noted:

Many best-selling books aimed at the general public have propounded this “different cultures” thesis in recent years… . The idea that men and women belong to different communication cultures has also gained wide acceptance in academic circles. …In brief, the different cultures thesis maintains that gender-specific socialization of boys and girls leads to different masculine and feminine speech communities. [2]

This review indicated that the different cultures thesis has great importance:

The pragmatic implications that follow from the different cultures thesis are just as far reaching as its theoretical and methodological consequences. The remedy for the “cross-cultural” misunderstandings that plague communication between men and women is to increase “multicultural” awareness and sensitivity. Educators are encouraged by proponents of the different cultures perspective to develop programs that foster “multicultural awareness” of stylistically different, but functionally equivalent, approaches to communication events such as “troubles talk.” [3]

The idea that women and men belong to “different communication cultures,” like the idea of cultural cognition, avoids questions of biological reality.  Sex differences in communication that evolve through differential reproductive success in evolutionary time apparently are beyond the boundaries of acceptable academic research and study.

A reasonable question is: “How big a difference does there need to be between groups to be indicative of a ‘cultural’ difference?” Although any answer to this question necessarily contains an arbitrary element, the question remains an important one. … We suggest that the degree of nonoverlap in group distributions should exceed the degree of overlap on relevant variables (i.e., that Cohen’s U > .50). This corresponds to a standardized mean difference of d > 0.87 (and to r2 or η2 > .16). This appears to be a reasonable criterion; if there is not at least this much separation in the two distributions, it is hard to see how a claim of “cultural” (or even subcultural) difference can be maintained. [4]

Based on this difficulty in seeing how claims of cultural (“or even subcultural”) differences could be made, these scholars forcefully rejected multiculturalism as unsubstantiated, irresponsible, and potentially harmful:

the substantive claims of the different cultures myth lack an appropriate evidentiary foundation. Thus, there is no reasonable basis for entertaining its theoretical, methodological, or practical implications. … The mythical status of the different cultures thesis is now so evident, especially with respect to supportive communication, that we believe it is, henceforth, inappropriate (and irresponsible) for authors of textbooks, self-help books, and similar publications to feature favorably this thesis or leading statements of it. … it is past time for the myth of gender cultures to lose its narrative force, as well as its privileged place in the professional and popular literatures, for it has been shown to be a story that is false and potentially harmful. [5]

although men and women exhibit differential skill with respect to the provision of supportive communication, they are not members of different cultures. …On average, however, women are more adept than men at providing sensitive emotional support. This finding may explain why – contrary to predictions of the different culture thesis – both men and women largely prefer to seek and receive emotional support from women. … We underscore, however, that these skill differences are inconsistent with the different cultures thesis, which holds that there are different standards for what counts as skillfulness in feminine and masculine speech communities. [6]

Uniculturalist proponents suggest that gender differences in socialization and gender roles among adults account for differences in male and female communication skills:

Perhaps gender-linked socialization experiences, such as the extent to which caretakers talk about feelings with boys and girls, as well as the different roles that men and women fill in post-industrial Western societies, lead women, as a group, to be somewhat more skilled {than men} at the complex psychological and communicative tasks associated with providing emotional support to distressed others. [7]

Gender-specific socialization of children implies nothing about nature versus nurture.  Human nature might imply particular patterns of nurture, e.g. care for helpless young.  Without such nurture, humans would naturally die or fail to achieve their natural level of human functioning.  Moreover, gender patterns of socialization of children cannot simply be changed so as to change gender-associated behavior in the desired way.  In humane societies, parents typically have considerable freedom to decide how to raise their children.  Children, of course, often have a strong sense of their own interests.  Parental attempts to mold their children into persons that parents want their children to be are often remarkably unsuccessful.  Social policies on gender socialization of children are likely to be even less successful.

Nonetheless, gender socialization of children remains a focus of elite concern about gender inequality.  In 2005, a prominent gender scholar declared:

We should allow all of the evidence that men and women have equal cognitive capacity to permeate through society.  We should allow people to evaluate children in relation to their actual capacities, rather than one’s sense of what their capacities ought to be, given their gender. [8]

Allowing every person to freely realize her or his capabilities, irrespective of gender, is admirable.  Allowing all of the evidence that men and women have equal communication capabilities, and all of the evidence that they don’t, to permeate through society would be reasonable and democratic.  The specific form of the prominent gender scholar’s proposal indicates the direction of failure.

Describing sex differences in communication as cultural has little scientific significance.  Male and female humans undoubtedly have shared considerable common culture since the beginning of humanity.[9]  Human living-groups are typically mixed-sex.  Contemporary democracies embrace both men and women in common public deliberation.  At the same time, sex-differentiated bodily relations to offspring and sex-differentiated social environments are human universals highly relevant to the evolution and development of human communication capabilities.  The gender socialization of children and adult gender roles are not merely arbitrary social constructions.  They likely have elements essential to humane flourishing of humans, male and female.

she is one of only two in the College of Arts and Sciences who hold the distinguished rank of University Professor. She has been McGraw Distinguished Lecturer at Princeton University, and was a fellow at the Center for Advanced Study in the Behavioral Sciences in Stanford, California, following a term in residence at the Institute for Advanced Study in Princeton, New Jersey. She has published twenty books and over 100 articles and is the recipient of five honorary doctorates.

With her idea of gender-based communication cultures, Tannen has achieved extraordinary success in the extremely competitive U.S. intellectual marketplace.

For a wonderful overview of gender differences in emotional expressivity, see Deborah Tannen’s 1990 book, You Just Don’t Understand (New York: Morrow). I firmly believe this should be required reading for all newlyweds.

[6] MacGeorge et al. (2004) p. 171, references omitted.  MacGeorge, as an Assistant Professor at Purdue University, received for this article the 2005 Distinguished Publication Award from the Association for Women in Psychology.

[7] Id. Despite the reference to “post-industrial Western societies,” this scholarship analyzes communication with terms such as “provision of support,” “message units,” “support messages,” and “responses to supportive messages.”  These terms have their conceptual roots in mechanized production and information transfer.  Much of what persons value in communication cannot be well understood within a model of message production and transfer.  See Sense in Communication.

[8] Spelker, in Pinker & Spelke (2005).  How such evidence is not allowed to permeate through society and how people are not allowed to evaluate their children in that way is not clear. To find out the effects of discrimination and social biases on the highly disproportionate violence against men, one might like to use the procedure that Spelke proposes, “We need to do the experiment, getting rid of discrimination and social pressure, in order to find out.”  However, getting rid of social pressure probably would not be a feasible social experiment even within the most authoritarian society.  Eliminating social pressure seems not feasible even in deliberation among scientists.

[9] Boehm (1999) argues that a hunter-gatherer egalitarian political lifestyle shaped human nature. Women are thought to have participated fully in the moral life their communities:

One area in which women seem to enjoy a far more equal footing politically, is in holding down male upstarts of whom we have been speaking. My main hypothesis is that egalitarian societies are created and maintained by moral communities, and women participate quite fully in the moral life of their community.

Id. p. 8.  Experimental evidence on strong reciprocity in humans shows similar behavior among men and women, but it has fundamental weaknesses.

Pinker, Steven, and Elizabeth Spelke. 2005. “The Science of Gender and Science: Pinker vs. Spelke.”  Edge The Third Culture.

Sapolsky, Robert M. 1997. The trouble with testosterone: and other essays on the biology of the human predicament. New York, NY, Scribner.