Despite the high value of bringing men’s perspectives to academia, men’s perspectives haven’t been welcomed.  Consider the experience of a U.S. professor who in 1988 wrote an “emancipatory reading of selected works of contemporary American popular men’s art.”  It was finally published in 1994.  In a preface to that book, the professor explained:

{this book} has had a spotty history since I first wrote it in the fall of 1988: enthusiastically embraced by a series of editors at university presses (six or seven of them, I think), who sent it out for external evaluation to feminist scholars of American popular culture and social history; returned by almost all those scholars with recommendations not to publish, despite a determined sympathy with my project that was invariably eroded by anxiety, even anger.[1]

This book in men’s studies considered Spencer, hero of Robert B. Parker’s series of detective novels and subsequently the protagonist of the late 1980’s television series, Spenser: For Hire.  It considered Rambo, the hero of David Morrell’s novel First Blood and the 1982 blockbuster movie starring Sylvester Stallone.  It also considered Bruce Springsteen, “the Boss,” a rock star since the 1970s.  It’s not as if the struggling professor was writing about the global conspiracy to obscure the gender protrusion in men’s mortality.  He didn’t expose deep anti-men sexism in the World Values Survey.  He didn’t ridicule sexist social-scientistic studies of sexism.  Why would this professor’s work on “popular men’s art” provoke anxiety and even anger?

The problem seems to have been that he tried to be the one good man.  In his book, he identified the hegemonic forces of patriarchal society:

It is essential, certainly, as a first step in a project of emancipation, to identify the forces that hold you fast, to explore the prison block in which you are incarcerated; but to dwell on incarceration exclusively seems to me ultimately counterproductive, leading to an overwhelming sense of your powerlessness before the hegemonic forces of patriarchal society. [2]

Identifying himself and his readers as “us counterhegemonic few,” he set out a master narrative of modern history:

The emergence and establishment of the middle classes in the modern era has meant the progressive feminization of Western society, the gradual displacement of medieval masculinity, with its reptilian territorialism, by humanizing feminine voices and values. That history has been punctuated, however, by recurrent periods of remasculinization, periods in which patriarchy, as it were, has panicked at social change and slammed on the brakes.

Within this deeply sexist master narrative, he recognized two types of critical tasks:

For the ideological critic, the pressing task is to map every square inch of the jailcells in which we are currently trapped; for the utopian critic, the crucial task is to engineer a jailbreak.

Despite these concrete images, the fundamental problem seems to be unconscious, abstract ideas and evil voices generated within persons’ bodies:

The professor proposed a “transformative engagement” with feminism to liberate women and men from the patriarchal prison:

I take feminism to be a transformative engagement with the patriarchal prison that attempts to liberate the women incarcerated there. I assume that a healthy feminism will naturally work to help men liberate themselves from the same prisons (possibly from trusteeships in that prison – we have more power and greater rewards, but we are no less incarcerated.)

The professor seemed to understand his work as a contribution to the pro-feminist men’s movement, “dedicated to the liberation of men from patriarchal gender programming.” At least among professors, this is much more respectable than “whiny men jumping on the victimization bandwagon or playing cowboy and Indians at warrior weekends and beating drums in sweat lodges.”[3] The professor explained:

my primary audience is male, other men like me who have begun to detonate the patriarchal walls that have hemmed us in.

Yet for all the high talk about patriarchal prisons and liberating men, the professor showed no awareness that among persons held in real prisons, men outnumbered women by a factor of twenty.[4]  Men are vastly more likely to be imprisoned than are women.  Efforts to vastly increase the number of men imprisoned have intensified in recent years. 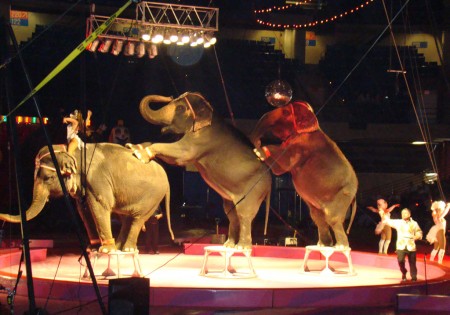 Despite this professor’s apparent capacity for tending and befriending fashionable thought, he found himself acutely stressed in circumstances he perceived as highly antagonistic.  He explained:

In her Presidential address to the women’s breakfast at the 1987 American Studies Association Convention in New York, … Lois Banner took issue with the very idea of “men’s studies,” denying the need for men to study masculinity on our own terms. “I think it is time for all of us to use the term ‘feminist’, ” Banner said. “This term encompasses the rest: thus we have the feminist study of women, of men, and of gender.”

This address acutely distressed him:

When I first read Banner’s speech in the ASA {American Studies Association} Newsletter, I thought my chest would burst with pent-up anxiety; I felt small, infantile, powerless, faced with an all-powerful mother who was telling me exactly how to behave so as to please her. I was five years old, about to burst into tears – or, since both of my parents always ridiculed me for crying, into a more “masculine” display of anger. I remember pacing restlessly around our bedroom with the text of Banner’s speech in my hand, reliving all those childhood fears and frustrations, wondering what to do.

Finally, he wrote a response that he described as “calling for a kind of truce … {for} relaxation of the polarized recriminations that drive the battle of the sexes.”  Unfortunately, his response, printed on the back page of a subsequent ASA Newsletter, did not have that effect.  Along with his response the newsletter printed a reply from the Lois Banner, President of the ASA:

“Professor Robinson’s remarks sadden me,” she wrote. “They seem hysterical and overblown and filled with ageism. I’m tempted to say that they sound like a small boy having a tantrum, but to do so would be only to engage in the kind of name-calling in which Professor Robinson indulges.”

The distress the professor felt from this response was even more acute:

Hysterical: because I admitted my feelings, I suppose. I had thought “hysterical” was patriarchy’s name for women (especially, since the 1960s, feminists) who do not toe the official line by repressing rebellious impulses; now established feminists accuse “rebellious” men of the same? What does this say? Overblown: out of all proportion to the real hurt suffered, this seems to mean. Men can’t be hurt; they’re oppressors. Stop whining and melodramatizing your “plight.” Ageist: because I spoke of her as an established feminist, someone my mother’s age in a position of power in the academy. And then that last sentence, which really pulls the iron band tight around my chest – that subtly extended and quickly withdrawn insult, that infantilization that I can analyze, intellectually, as fear-driven maternal rhetoric, but without much impact on my somatic response: halfway into my analysis my neocortex is shut down by my own fear, that infantile terror of mommy’s anger.

That’s a glimpse into intellectual life in a dark age of ignorance, bigotry, and superstition.  Humane civilization and human reason become astonishingly tenuous as human institutions age and stagnant.

[3] Id. p. 25 notes that many academic men, in response to this unattractive image, began “calling what they do men’s studies, rather than the men’s movement – some even swearing off men’s studies, for fear of association with drumming.”  Non-institutionalized men have taken other paths.