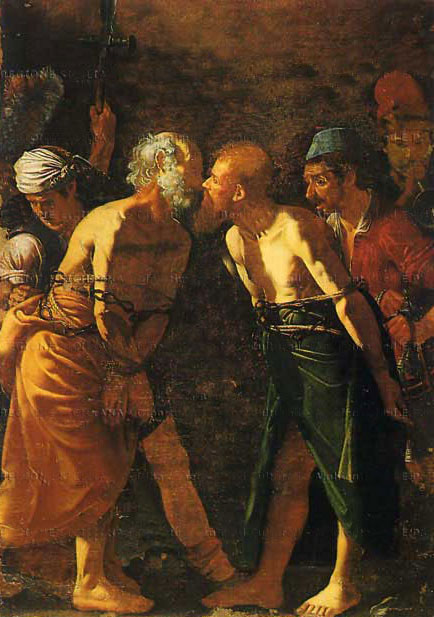 Heloise of the Paraclete was a highly intelligent woman who boldly expressed her strong, independent sexuality. As a young, unmarried woman, she delighted in a sexual affair with Peter. As a scholar, she studied the neglected history of great women who came before her. One such great woman was Mary of Egypt. Medieval scholars, who historically have been predominately men, haven’t adequately appreciated Mary of Egypt as a foremother to Heloise of the Paraclete.[1]

Mary of Egypt’s extra-marital sexual experience was much more extensive than that of Heloise of the Paraclete. Mary, living in Alexandria probably about 600 GC, was very sexually liberated:

I threw myself entirely and insatiably into the lust of sexual intercourse. … For more than seventeen years … I was a public temptation to licentiousness, not for payment, I swear, since I did not accept anything although men often wished to pay me. I simply contrived this so that I could seduce many more men, thus turning my lust into a free gift. [2]

Requiring men to pay for sex, or having men always be the gender paying for dinner and entertainment, undermines gender symmetry and sex equality. Mary of Egypt was a champion of sex equality. She was also a sex champion more generally:

one summer day I {Mary of Egypt} saw a huge crowd of Libyan and Egyptian men running toward the sea. … I ran toward the sea, where I saw the other people running. And I saw some young men standing at the seashore, about ten or more, vigorous in their bodies as well as in their movements, who seemed to me fit for what I sought … I rushed shamelessly into their midst, as was my habit. “Take me where you are going,” I said, “Surely you will not find me useless.” Then, uttering other even more obscene words, I made everyone laugh, while they, seeing my penchant for shamelessness, took me and brought me to the boat they had prepared for the journey. … What tongue can declare, or what ears can bear to hear what happened on the boat and during the journey and the acts into which I forced those wretched men against their will? There is no kind of licentiousness, speakable or unspeakable, that I did not teach those miserable men. [3]

Heloise of the Paraclete must be appreciated similarly within her own historical context. Just as in our time, medieval Europe was a time of intensified attacks on women and oppression of women. Within her twelfth-century, clergy-dominated society, Heloise constructed Peter as her “one-and-only.”[4] Heloise thus internalized the oppressive medieval European norm of monogamy in her extra-marital affair with Peter.

an irrational desire for lascivious songs entered my mind, always disturbing me profoundly and trying to seduce me into singing the demonic songs that I have learned. … How can I describe to you those thoughts that were urging me again to fornication? Indeed, deep in my miserable heart a burning desire was kindled and set my whole {being} aflame and excited my desire for intercourse. [5]

Heloise of the Paraclete also for years struggled with such memories:

The lovers’ pleasures we enjoyed together were so sweet to me that they cannot displease me and can scarcely fade from my memory.  Wherever I turn they are always there before my eyes, bringing with them awakened longings and fantasies which will not even let me sleep.  Even during the celebration of the Mass, when our prayers should be purer, lewd visions of those pleasures take such a hold on my most unhappy soul that my thoughts are on their wantonness rather than on prayer.  I, who should be grieving for the sins I have committed, am sighing rather for what I have lost.  The things we did and also the places and times we did them are stamped on my heart along with your image, so that I live through them all again with you.  Even in sleep I know no respite. [6]

While the modern elite work to criminalize the heterosexual love that 25% of men experience across wide swaths of the world, medieval clerics had sympathy for monks’ unintentional nocturnal emissions. Highlighting the gender inequality implicit in that sympathy, a medieval scholar recently recognized Heloise’s pioneering scholarly work:

It is precisely this “maleness” of monastic temptation that Heloise confronts and contests with her claims of nocturnal fantasies. She makes the point — still largely unacknowledged at this time in the early twelfth century — that women religious also suffer from sexual temptation and that the existing pastoral literature makes no space either to recognize this or to deal with it sympathetically. Heloise achieves this not simply by “confessing” (or appearing to confess) her sexual temptations, but by actively regendering her sexual desire as “male” sexual desire. [7]

This analysis devalues Heloise as a strong, independent thinker. Heloise taught Peter boldness and courage. Heloise spoke out strongly against marriage. With the support of Mary of Egypt as a role model (female role models are crucial for women’s advanced thinking), Heloise of the Paraclete was strong enough to affirm that her sexual desire was a woman’s sexual desire.

Culminating in the career of the leading twentieth-century philosopher Elizabeth Anscombe, Heloise of the Paraclete is part of a long, distinguished chain of women thinkers who have developed the importance of intentions. Heloise explained to the highly respected scholar Peter:

It is not the deed but the state of mind of the doer which makes the crime, and justice should weigh not what is done but the spirit in which it is done. What my intention toward you has always been, you alone who have known it can judge.

The mind in which acts are done are linked to the heart and the lions. Only a small step further leads to the recognition of loins as a force of thought.

In her thinking about intention, Heloise of the Paraclete seems to have drawn upon insights into intention in the life of Mary of Egypt. Mary recounted to Zosimas her life as a liberated woman with strong, independent sexuality. Zosimas, a monk, was enthralled with her account. In Zosima’s return visit to her, she ordered him to recite the holy creed of the Christian faith and to say the Our Father:

When this was done and the prayer came to an end, according to custom she gave the monk the kiss of love on his mouth. [9]

In Christian churches in the second century and earlier, kisses on the lips were exchanged between women and men in the Mass for the kiss of peace (holy kiss/ kiss of love). Because of concerns about concupiscence, heterosexual kisses for the liturgical kiss of peace were forbidden in the third century.[10] Heloise, an keen biblical and patristic scholar, probably recognized that the labial kiss of peace included in the life of Mary of Egypt taught readers the importance of intention. Mary of Egypt gave Zosimas that kiss “according to custom.” Her intention was pure. Zosimas reception of her kiss, one assumes, was also with purity of mind, as are the minds of the monks and others reading the life of Mary of Egypt.

The roughly contemporaneous life of Matrona of Perge elaborates further on the importance of state of mind. Matrona had disguised herself as a eunuch and joined a monastery. The monastery’s abbot eventually learned her true sex:

{He} said to her, “So be it. You have all the while escaped notice as a woman, and have done no harm to us who were unaware of this. But how have you approached the divine mysteries with your head uncovered? And have you offered the kiss of peace to the brethren? Said she, “During the divine mysteries I have pulled my cloak halfway over my head, feigning a headache. And as for the symbol of peace and seal of love, I have not shunned it, for I considered that I offered myself not unto human mouths, but unto God’s angels and men free of passion.” [11]

In the Middle Ages, men and women were separated on different sides of the nave in churches. That separation helped to prevent women and men from kissing each other for the kiss of peace. Heloise of the Paraclete expressed concern about her nuns associating with men.[12] As a scholar and a philosopher, Heloise of the Paraclete thought deeply about Zosimas and Mary of Egypt’s kiss on the lips, and perhaps also the kisses of Matrona of Perge and the monks. She understood the difficulty with intentions.

[1] The Life of Mary of Egypt was well known in medieval Europe. Many medieval manuscripts of her life have survived. Kouli (1996) p. 67. In the Western church, her life was celebrated in the liturgical calendar with a feast day on April 2. Abelard referred to Mary of Egypt in a letter to Heloise. He stated:

she struggled with superhuman courage against what anchorites suffer, so that holy women should lead in both kinds of monastic life.

[3] Life of Mary of Egypt, s. 19-21, trans. Kouli (1996) pp. 80-2. The phrase “speakable or unspeakable” suggests with the second term sexual acts not of reproductive type.  Compared to the lusty vitality of the life of Mary of Egypt, Burrus (2004) offers precious, precious academic posturing with “erotics of ancient hagiography,” “countereroticism,” Foucault, Irigaray, Boudrillard, etc, leading to “Postscript (Catching My Breath)”:

Inspire: write and be read! Expire: let go of the self! In the midst, in between such daunting imperatives, our lives transpire. Heavy breathing, shallow breaths, suspenseful breathlessness … Can breath be “caught”? It is neither prey nor disease. Yet we speak of “catching the wind” … When my first child was born, after an exhausting twelve hours of mutual labor, he paused delicately — such a beautiful in-between blue, I thought dreamily.

Foley (2010) p. 60.  Because of concerns about concupiscence, in the third century the kiss was restricted to same-sex pairs. Id. p. 61.  Apparently that restriction didn’t end concern about concupiscence. In thirteenth-century Europe, kissing a “pax brede” (peace board) replaced direct interpersonal kissing in some churches. Id. 70. Interpersonal kissing on the lips during Mass was no longer practiced by 1570. Id. In further scholastic development, kissing on college campuses may require clear, prior, individual affirmative consent. Only the scholastic officials deciding cases know what the law requires.

Which is more fitting for our religious life: for an abbess never to offer hospitality to men, or for her to eat with men she has allowed in? It is all too easy for the souls of men and women to be destroyed if they live together in one place,and especially at table, where gluttony and drunkenness are rife, and wine “which leads to lechery” is drunk with enjoyment.