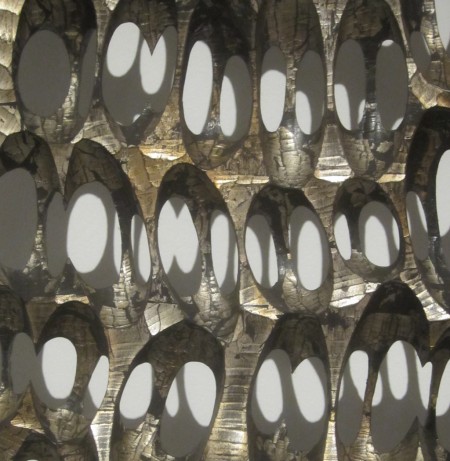 In November 30, 841,in the European Carolingian kingdom, the duchess Dhuoda began writing a book for her eldest child William. She was living apart from her husband and without physical custody of her children. William, fifteen-years old, had been placed in the sworn service of the king in violent circumstances five months earlier. Dhuoda’s second child, also a son, had been born eight months earlier. Her husband had quickly taken the baby from her to be under his protection.[1] Dhuoda loved her sons and longed to be with them. Her book has poignant immediacy today for the many fathers deprived of physical custody of their children.

Like many fathers today, Dhuoda grieved deeply from being deprived of her children. Her book includes impersonal observations and recognizes the objective value of being useful:

I have observed that most women in this world take joy in their children. But, my son William, I see myself, Dhuoda, living separated and far away from you. For this reason I am somewhat ill at ease, and eager to be useful to you. I am happy, therefore, to address this little book to you [2]

Most men take joy in their children and are eager to be useful to them. But parents, women and men, long more deeply to be with their children. Dhuoda wrote to her son:

I have been long deprived of your company, and I dwell in this town because my husband commands it. Though I am happy about the success of his campaigns, I am driven by my longing for you both. … despite the many cares that consume me, this anxiety is foremost in God’s established design — that I see you one day with my own eyes, if such is the Lord’s will. [3]

Husbands legally separated from their wives and deprived of custody of their children might feel similar longing. Beaten down in anti-men family courts and in a culture that treats men as disposable, fathers both yearn to see their children and internalize belief that they don’t deserve that joy:

Much too long, it seems to me
I’ve yearned to gaze on the shape of your face.
If I had the power! But this joy for me is
Undeserved. [4]

Dhuoda’s charity in anguish was godly. Fathers deprived of custody of their children often have good reasons to be furious at their ex-girlfriends or ex-wives, and at the world. Dhuoda had such reasons with respect to her husband and her society.[5] She nonetheless retained good will toward all. She prayed for her children’s father in her prayer to be re-united with her children:

Grant me, mother of two male children,
my prayer to the loving Creator: may God
Exalt to the heights the father of these children,
and join me to them in the heavenly realm. [6]

She prayed for happiness for her son William and for his father:

May the Almighty God, of whom — despite my unworthiness — I speak so often, render you, together with your father Bernard, my seigniorial lord, happy and cheerful in the present world. May He give you prosperity in all things. And once the course of this life is ended, may He see to it that you joyously enter heaven with the saints.

Dhuoda’s relationship with her husband Bernard was strained. She was concerned that he might divorce from her. Yet with periphastic words she invoked blessings even for other children Bernard might have with another woman.[7] In praying to be received at the heavenly banquet, Dhuoda put her children’s father first, and herself, last:

To this banquet and this house, may the kind Lord in His kindness deign to lead your father, along with his children and me as well. Amen.

Bitterness toward her husband had no place in Dhuoda’s heart. Fathers can find in Dhuoda inspiration to relate to their children’s mothers with respect and kindness.

Despite all intervening circumstances, Dhuoda believed that she and her son were irreplaceable in relation to each other. Dhuoda declared to her son:

There is no one like you I leave behind among the living, no one but you to champion my cause.[8]

Dhuoda’s personal characteristics and status in society were irrelevant to what she meant to her son:

I, Dhuoda, although of the frail sex and living unworthily among women who are worthy, I am nonetheless your mother, my son William. It is to you that the words of my handcraft are now addressed.

Dhuoda’s words would apply equally well today to David and his daughter Wilma:

I, David, although of the disposable sex and living unworthily among men who are worthy, I am nonetheless your father, my daughter Wilma. It is to you that the words of my handcraft are now addressed.

In family courts, welfare agencies, and prisons and jails, fathers are crushed in systems that relate to them as cases in a queue of cases. But a father’s relationship to his child cannot be transferred to another.

Just as a father’s support for his child goes far beyond paying money to the child’s mother, Dhuoda’s support for her son was all-encompassing. Dhuoda wanted her son to be a perfect man. She wanted to be his mentor in all things.[9] These aspirations reflect, not her seeking to dominate him and determine his life, but the breadth of her love for him. In good times and bad, Dhuoda wanted to be there for her son: “In every eventuality I stand by your side.”[10] Dhuoda wrote the book and sent it to her son so that she could always be with him:

Dhuoda is always here to exhort you, my son, but in anticipation of the day when I shall no longer be with you, you have here as a memento of me this little book of moral counsels.[11]

Dhuoda’s book offers much more than moral advice. It’s a little book in the sense that she hand-wrote it for her son Williams’ hands. It’s a huge book in the sense that with it Dhuoda seeks to give William all that she possibly can. Dhuoda urged William to offer God continually in prayer “a sweet gift of honey and honeycomb.” Fearing that she would not live to see her son’s face again, she offered him her handcraft of words:

Here’s a kind of sweet brew with honeycomb mixed
As food for your lips: sip it always, I bid you.[12]

Dhuoda loved her son as the son was to love God. In Christian understanding, there is no greater love.

Many fathers today can find in Dhuoda’s text profound understanding and inspiration. Dhuoda’s great work of handcraft is wonderfully fecund.

[2] Dhuoda, Liber manualis, In the name of the Holy Trinity (prefatory text section), from Latin trans. Thiébaux (1998) p. 43. All subsequent quotations of Liber Manualis are from Thiébaux’s translation, cited by book.section and page number, with some minor changes that I’ve made in accordance with my sense of a better translation.

[5] Dhuoda might have felt that her husband, who apparently was away from her for long periods of time, was insufficiently attentive to her wants and needs. In addition, he gave her the difficult and expensive responsibility of maintaining the Carolingian kingdom’s frontier at the Spanish March. Id 104. p. 227.

[7] On Dhuoda’s fear of divorce, 10.4, p. 227. After calling down blessing on her children and explicitly mentioning the birth of her second child, Dhuoda wrote vaguely:

Quod si plus, Deo auxiliante, fuerint, id consequantur una vobiscum, quod a me invocatum est supra {And if more, with God’s help, be subsequently among you, may the others also obtain what I have asked above}

2.3, p. 81. Neel (1991), p. 120, n. 31, comments here, “Dhuoda means if she has grandchildren.” Dhuoda could also have meant her having another child. The chronicle of Ademar of Chabannes indicates that Dhuoda had a daughter born in 844 or 845. Thiébaux (1998), introduction, p. 7. Dhuoda’s words could also mean her husband having another child with another woman. Dhuoda’s unnecessarily indirect phrasing suggests that she considered that possibility.

[9] After providing text for her epitaph and just before the closing of her book, Dhuoda includes a section on reading Psalms. Id. 11.1, pp. 232-7. Her text there adapts Alcuin’s preface to a treatise on the use of Psalms, De Psalmorum usu liber (available in Patrologia Latina, v. 101, cols. 465-68). Dhuoda punctuated Alcuin’s points with eiusdem (“another thing”) and item (“furthermore”). That verbal punctuation of Alcuin’s teaching emphasizes Dhuoda’s concern to give William as much as she can.