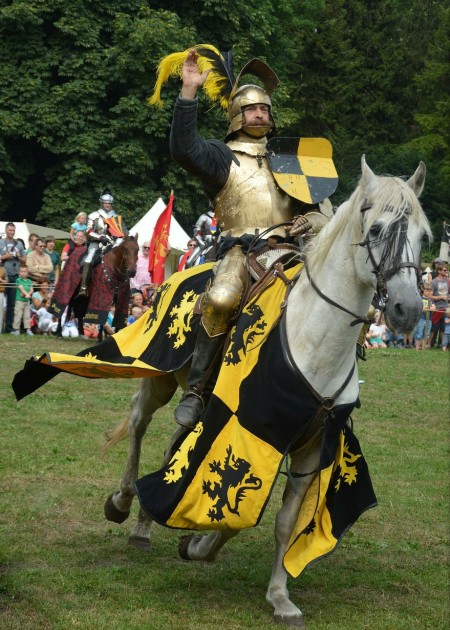 In an important book that Cambridge University Press published in 1984, a leading medieval man writer discerned the “lines of thought and integrity of thought” of Grazida Lizier.[1] His study of Grazida’s thought revealed themes of eroticism, skepticism, and myth-making. He treated these themes narrowly, tendentiously, and without sensitivity to men’s different social positions. Reading history from below shows that eroticism, skepticism, and myth-making are also central to ordinary men’s thinking about mutually joyful love-making.[2]

Grazida Lizier is a relatively neglected figure in medieval scholarship. She was born in 1297 in the small, southern French village of Montaillou. Grazida’s mother, who was born of an unwed mother, was separated from her husband and worked as a tavern-keeper. When Grazida was about fourteen and living in her mother’s house, she began a sexual relationship with the leading local church official, Pierre Clergue.[3] Pierre at that time was probably in his late thirties. Grazida explained:

Because it gave me joy and him also when we made love, I did not think that with him I was sinning.[4]

For the next six months or so, Grazida and Pierre frequently had sex in her mother’s house, with her mother’s approval, mostly in the daytime. Then Pierre Clergue arranged to have Grazida marry Pierre Lizier.

Grazida continued to have sex with her first Pierre while married to her second. She explained:

he still often lay with me, in the four years that my husband was alive; my husband knew about it, and did not put up resistance. When he asked me about our love-making, I said yes, it was true, and he told me to take care it should be with no other man. But Pierre and I never made love when he was at home, only when he was out. …

At the time we made love, both before I was married and after, as our love-making in all that time gave joy to us both, I did not think I sinned, nor does it seem so to me now.

The husband’s concern to limit his wife to just the other Pierre suggests that he valued her more than as a live-in prostitute. He may have also believed that his wife having a child by a wealthy local church official wouldn’t significantly conflict with his over-all interests as a man and a potential father. Grazida showed some complex appreciation for her husband:

When I was married and made love with the priest Pierre, it did seem more proper to make love with my husband — all the same it seemed to me, and I still believe, it was as little sin with Pierre as with my husband. Did I have any qualms at the time, or think that such deeds might displease God? No I had none, and did not think my lying with Pierre should displease any living being, since it gave joy to us both.

The modern man writer sharply and moralistically distinguished between Grazida Lizier and Pierre Clergue in their mutually joyful love-making. Grazida is deeply feeling, unswerving idealistic, and without guile in her statements. Pierre is a coarse, shallow libertine, a hypocritical sensualist, and slippery like a serpent.[6] The man scholar, mounting a chivalrous knight’s horse without appreciation for its literary history, declared:

it is important not to blur the distinction between his promiscuous attitude and her unswervingly idealistic conviction. For Grazida it is uniquely the quality of shared joy between two lovers which frees love-making from all taint. The only possible external impediment to love that she can see is consanguinity (this is clearly a vestige, that she still acknowledges, of her orthodox upbringing). Such an outlook, and the assumptions underlying it, are so different from those of Pierre Clergue, that nothing in Grazida’s second avowal prevents us from fully accepting her statement in the first: “No one taught me these ideas except myself.” If at the beginning of their affair Pierre relaxed her traditional beliefs, he was too shallow ever to arrive at Grazida’s own.

He looks at love-making from the coarse standpoint of the conquering male who “pleasures” a woman (“no sin as long as it gives her pleasure”); she is concerned with tenderness, with the mutual giving of joy.[7]

I believe God made those things that are helpful to man, and useful too for the created world … But I don’t think God made wolves, flies, mosquitoes, and such things as are harmful to man

Tracing this line of thought, the scholar pondered the creation of wolves, flies, and mosquitoes, and asked, “Who then made these?” He missed the mythic answer obvious to him, “Those other, evil men made them.” That answer isn’t unparalleled. It’s common, in more or less explicit forms, throughout all times and places.

Men writers at the margins of public discourse have privileged, as did Grazida, mutually joyful love-making. In the plain language of men writing outside of authoritative structures, Reservoir Tip recently wrote:

Last night, I ended up in a little bit of a dilemma. I had two girls scheduled to come over at the same time, mainly because I was expecting one of them to flake. To my surprise, she didn’t.

I’m sitting around with girl one, doing a simple movie at my place, but she ends up being kind of a bitch, and we split after about an hour and a make out.

Reservoir’s subsequent actions shows the depth of his concern for mutually joyful love-making:

I text girl two back, “hey come over now.”
She comes right over and i boink her.

Notice the adverbial use of “right.” That diction subtly acknowledges and validates women’s strong desire for mutually joyful love-making. The word “boink” for sexual intercourse is somewhat unusual. More typical words for sexual intercourse in this genre of writing tend to emphasize the explosive physical vigor of the activity (“fuck“, “bang”). The choice of “boink” is playful, with a sense of childish innocence. Like a traditional fable, Reservoir’s story ends with an epimythium:

Against seemingly impossible odds, the spirit of such men has not been crushed. However savagely scholastic authorities try to suppress them, their beliefs live on irresistibly — Reservoir Tip’s, indeed, only through a site likely to attract censors, if not prosecutors. Today such testimonies remain as a wonder and a question of expiration.[10]

[2] Robert Darnton, Lucien Febvre, Carlos Ginzberg, and E.P. Thompson have been leading proponents of history from below and expansive interpretations of marginal texts. Somewhat under-appreciated has been the extraordinarily sensitive and insightful reading of Ellen Hootton, a ten-year-old factory worker in Wigan in 1833. See Galbi (1996).

[3] Pierre Clergue was rector of the church in Montauillou. The Clergue family was the leading family in Montaillou. Le Roy Ladurie (1978) Ch. III.

The translations {of Grazida’s testimony and that of others from Montaillou} … are in a sense “free”: in order to evoke as accurately as possible the Provençal words that the women themselves will have used in their testimonies, it is necessary not only to turn the Latin into direct speech but also to infer, from legalistic and condemnatory expressions in the official record, the “unloaded” expressions that might lie behind these.

[5] The logical structure of the question, “Does it displease God more when the partners are married than when they are not?” is contra-normative. That structure suggests light sarcasm toward Grazida’s claims.

[6] All these descriptive words, except for the simile, are from Dronke (1984) pp. 204-6. The phrase “like a serpent” is my interpretation of the medieval-biblical allegory implicit in “slippery.” After being imprisoned for about seven weeks, Grazida testified, “I once {aliquando} told him that I’d learnt that my mother Fabrisse was his cousin by blood.” That statement directly contradicts her earlier statement. Moreover, aliquando could also be translated as “sometimes.” Grazida claimed that Pierre Clergue “taught me these errors about sexual sin.” That statement also directly contradicts her earlier statement. The judicial officials recorded her hearsay claim:

She also said she was afraid that if I told the truth about the rector and his brothers, they would kill me or otherwise maltreat me.

The phrase “kill me or otherwise maltreat me” is sensationally pointed. Grazida in earlier testimony indicated only her joy in having sex with the rector (Pierre Clergue). Pre-trial detention is common in criminal justice systems today and doesn’t excuse perjury.  Cf. id. p. 205. In just courts, hearsay testimony isn’t presumed to be true. All testimony in just courts is subject to doubt and questioning. Dronke sternly reprimanded Duvernoy for suggesting that Grazida was behaving shrewdly:

It is disappointing that Duvernoy in his translation of Le register (1 303), says in a footnote to Grazida’s testimony: “elle est consciemment insolente, bien que le procèsverbal ait l’apparence de la naïeté.” This judgement, by the scholar who through his detailed work should have been in the best position to comprehend Grazida’s thoughts, is inappropriately hostile and condescending.

On March 8, 1321, the Inquisition sentenced Grazida Lizier to life imprisonment. About four months later her sentence was commuted and she was set free. She was required to wear the Cathar yellow cross on her clothes to signal others to beware of her.

[7] The idea that sex is unobjectionable if both parties enjoy it surely has been a common view in practice among ordinary persons. Pierre Vidal, who lived in the nearby village of Ax-Les-Thermes in Grazida’s time, testified to the Inquisition that the sexual act was innocent if it pleased both parties and the man paid the women for sex. Le Roy Ladurie (1978) pp. 150-1. The latter condition reflects  devaluation of men’s sexuality prevalent in practice throughout history.  Pierre Clergue was the “womanizer per excellence of the Clergue family.” Apparently drawing inspiration from the great teacher of love Ovid, Pierre declared that he wanted all women. Id. p. 154. Testimony to the Inquisition indicated that he had sex with at least twelve women living in Montaillou or nearby Ax-Les-Thermes. Much documentary evidence indicates sex with Pierre was mutually joyful. Pierre, although short of stature, was highly confident, socially adroit, and verbally skillful. Id. Ch. IX, passim. Le Roy Ladurie attributed Pierre’s engaging in mutually joyful love-making with a large number of women to his “power and wealth.”  Id. p. 156. That view, like Dronke’s view, is superficial and condescending. It reflects anti-men animosity and ignorance of the modern applied science of seduction.

[8] Reservoir Tip wrote his story on January 18, 2015. The amount of critical attention it will attract from literary scholars remains to be seen. Grazida Lizier’s testimony has been anthologized in leading works such as Davis et al. (1992). It has also been the basis for a national best-seller, Charmaine Craig’s The Good Men: A Novel of Heresy (2002). Craig studied medieval literature as an undergraduate at Harvard. Here’s a review of her book in the Harvard Crimson. Craig’s success underscores the value of exposing students to a wide range of writing, even writing powerful authorities might find repugnant.

[9] The Latinate ending of “dicktum” suggests the plural form “dickti.” But the final syllable -tum is better interpreted as a popular, contracted variant of “them.”