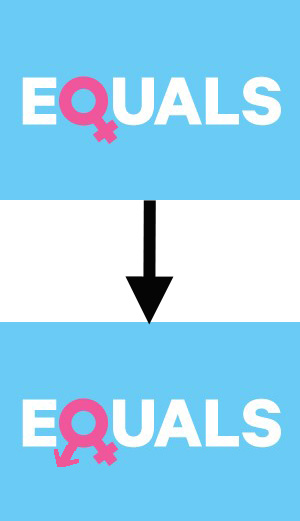 An egalitarian relationship means sharing equally housework and/or childcare. In scholarly research, housework is commonly defined as cooking, cleaning, shopping, sewing, home decorating, arranging furniture, and other such tasks. Discussing various choices for completing these tasks also counts as housework. Do you think that the mauve towels go with the granite vanity countertop? Exhausting, viciously competitive, recreational cycling doesn’t count as housework. Neither does killing animals for fun (hunting). Whether telling the kids to go out and play or plopping kids down in front of the television counts as childcare in official tallying isn’t clear.

An egalitarian relationship means equally sharing the burden of financially supporting the household. To do that, both partners need to have roughly equal incomes. Under family law, both partners’ income is typically attributed equally to each partner. So if you’re making $30,000 a year and you marry someone making $200,000 a year, you’ve just raised your effective income to $115,000 and lowered your partner’s effective income to $115,000. Imputed income equality is imposed by law only upon divorce. While divorce has become relatively common, persons seeking an egalitarian relationship don’t seek to marry someone making a lot more money than they. With egalitarian relationships, the poor marry the poor, the rich marry the rich, and the social distribution of income becomes more entrenched and more unequal.

Given all the social-status benefits of saying that you favor an egalitarian relationship, why do about a third of women and men refuse to say that? Perhaps they believe that egalitarian relationship is a code word for gynocentrism. It’s like sexism in the World Values Survey and sexism in the Modern Sexism Scale and sexism in major international organizations statistics on gender disparities in lifespans. It’s like a sign for “equals” that includes only the sign for females. That’s the sign the University of Texas used in its press release touting the study on preferences for egalitarian relationships. That study, entitled “Can We Finish the Revolution? Gender, Work-Family Ideals, and Institutional Constraint,” is tendentiously gynocentric.[2] So too is the widespread press coverage of the study’s press release. About a third of women and men reject implicitly gynocentric egalitarianism.

Scholarly and public discussion of egalitarian relationships and gender equality is a farce.  That farce is built upon men dying violent deaths in vastly disproportionate numbers and men being imprisoned in vastly disproportionate numbers. Only in marginal websites does one find real discussion of anti-men gender biases. Anti-men gender biases have a huge effect on family life, work life, and society generally. But no one is allowed to take seriously anti-men gender bias and survive in powerful institutions today.  That’s the key institutional constraint.[3]

[1] Pedulla & Thébaud (2015) Fig. 2, Condition 2 (egalitarian option). The survey was of the U.S. in  2012. It was completed by 45% of the sample, but 33% of the respondents who completed the survey weren’t able retrospectively to describe correctly the question that they answered. Id. pp. 123, 136, n. 11. That left 329 responses that were analyzed. While the survey was nationally representative, it is quite small and could suffer from unrecognized sampling biases as well as non-sampling biases. For the specific wording of the egalitarian option, see id. p. 135. The text of the egalitarian response:

I would like to have a lifelong marriage or committed relationship where financially supporting the family and managing the household (which may include housework and/or childcare) are equally shared between my spouse or partner and I.

In recent decades, women have entered the labor force en masse, yet this trend has not been matched with a corresponding increase in men’s share of unpaid household work, men’s entry into traditionally female-dominated occupations, or substantial reforms to government and workplace policies. Furthermore, women still comprise only a small minority of elite leadership positions in government, business, and academic science. For instance, women make up just 4 percent of Fortune 500 CEOs and 18 percent of the 535 members in the U.S. Congress.{scholarly references omitted}

Pedulla & Thébaud (2015) p. 116. This introduction gynocentrically ignores much more welfare-significant gender inequalities. In U.S. military action in Afghanistan and Iraq since 2001, forty times more U.S. men soldiers have been killed compared to U.S. women soldiers killed. At the same time, the U.S. still maintains by law sexist Selective Service registration. In civilian work, thirteen times as many men suffer workplace fatalities, but that stark gender inequality has attracted much less attention than claims about gender gaps in earnings (gaps not controlling for earnings-relevant factors such as time on the job, time in the workplace, and non-pecuniary job costs and benefits). In civilian life, four times as many men die from violence, but violence against men is of much less social concern than violence against women. U.S. universities are now leading anti-men, gender-biased rape inquisitions that make medieval inquisitions seem like models of enlightenment. About as many men report suffering rape as do women. That reality has attracted very little public concern amid the strong push to enact anti-men rape inquisitions. Such issues are major obstacles to truly gender egalitarian relationships.

[3] Id. has a much narrower view of institutional constraints. Condition 3 (supportive policies) states:

Raising children, caring for ill family members, and/or taking care of household responsibilities involves a considerable amount of time and energy. In the United States, the cost of paying others to help with these responsibilities (such as childcare) is also high. However, if policies were in place that guaranteed all employees access to subsidized childcare, paid parental and family medical leave, and flexible scheduling (such as the ability to work from home one day per week), which of the following options best describes how you would ideally structure your future work and family life?

Id. p. 135. While such policies are helpful, eliminating alimony payments, child-support payments, and anti-men bias in family courts undoubtedly would be much more effective for promoting egalitarian relationships.