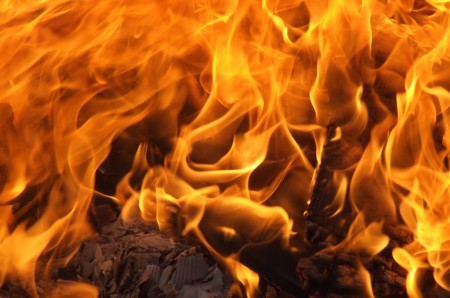 Disillusioned with the dominant institutions of her time, the transgressive medieval lay theologian Marguerite Porete named those institutions Holy Cathedral the Little. She declared that noble Souls like her could achieve a higher life in Holy Cathedral the Great.[1] That was the place of those successful in self-annihilation. Its exemplary member was Mary Magdalene. Cultural authorities like those who helped Porete to achieve actual annihilation now celebrate her life and works.[2] Porete’s path — “she sees nothing except herself” — is becoming increasing attractive to men today.

Porete devalued reason and doing. Noble Souls on Porete’s path of annihilation leave behind reason and works of virtue. Words to Porete have two meanings.[3] Their meanings in use yield to their meanings in Porete’s noble work. Men’s self-sacrifice for their families and their societies leads them to be called kings. But men are kings only in lands where persons see with only one eye of reason: “for truly those who have two eyes consider them as slaves.”[4] Those men who live longing for idealized women are likewise slaves. Apart from reason, the noble Soul rejoices in the afflictions of her neighbors:

for in her spirit she perceives and knows without knowledge that this is the way by which they will come to the harbor of their salvation.[5]

Men, enduring storms of misandry, are beginning to understand.

Porete exalted Mary Magdalene. She had no shame for her sins:

She had no shame, because Jesus Christ said to her that she had chosen the better and the safer part, and, what is more, that it would never be taken from her. And, also, she had no shame at all because her sins were known to all the people, as the Gospel itself witnesses, which says so that all hear it that God drove seven devils out of her. She had no shame for anyone, for she was overwhelmed, and taken and seized; and therefore there was no-one that concerned her except him alone.[6]

The noble Soul, who has perfect charity, likewise never feels remorse or qualms of conscience:

Sins aren’t causes for shame or remorse. The noble Soul’s sins serve to testify to the God’s graciousness and the Soul’s glory: “in Paradise, to her great glory, her sins will be known.” Mary Magdalene’s sins show her glory. Mary Magdalene also excelled in doing nothing:

I considered the sweet Magdalene, and what service she performed to prepare for the coming of Jesus Christ as her guest, who was often in Mary’s dwelling, he and his companions, the Apostles in a great throng, but to no avail, because Mary did not move, however much there was to do in the house. And even though our Lord Jesus Christ often returned barefooted, his blessed head all wearied, and was unfed and exhausted and rejected by all, for he could find no-one to give him drink and food, and the Magdalene knew all this, none the less she did not move, whatever his body might need, and left it to her sister Martha to serve him, whose role this was; but to love him she left to no-one but herself.

Doing nothing is the better part. Magdalene choose that part. Noble Souls likewise choose to do nothing.

While scholars for the past three decades have emphasized the Madonna-whore binary, Marguerite Porete more than seven centuries ago abolished that binary. Mary Magdalene came to be like Mary, the mother of Jesus:

she {Mary Magdalene} found God within herself, without seeking him, and, too, she had nothing to seek for, for Love had laid hold of her. But when she first took to loving, she besought him, moved by the longing of the will in her spiritual feeling, and so she was human and little, for she was then forlorn and not Mary. She did not know when she sought him that God was everything, everywhere, for then she would not have sought for him.[7]

I have found no-one who knew this at all times, except the Virgin Mary. In her there was never any will prompted by the senses, never any labor of the spirit, but only the will of the Deity in the divine work.

In Porete’s sixth stage of annihilation, the Soul identifies completely with God. Christ is fully God and fully human in medieval Christian understanding. Porete understood the noble Soul to walk the earth as fully God:

Put equivalently, there is nothing but she. Along with increased scholarly appreciation for Porete’s work in recent decades, many women and men today have achieved this sixth state of annihilation.

In our new networked economy, more men are starting to follow Porete’s lead. Men historically have killed beasts, cleared land, built cities, and invented a wide range of new technologies, including many designed for institutionalized men-on-men violence known as war. Yet men’s doing has resulted in men becoming an inferior caste of beings. Men Going Their Own Way (MGTOW), the sexodus, grass-eaters, and manboobs indicate men embracing Porete’s path of annihilation and doing nothing.

Holy Cathedral the Little remains firmly entrenched in our world. That cathedral has more power now than it ever did in the Middle Ages. Longing for love, simple Souls are attracted to Marguerite Porete’s The Mirror of Simple Souls brought to nothingness and who live only in the will and desire for love. Porete’s path is far superior to curriculum vitae publication building, tallying Facebook likes, and desperately seeking Twitter followers. But perhaps there is a still more excellent way.

[1] On Holy Cathedral the Little and Holy Cathedral the Great, see Marguerite Porete, The Mirror of Simple Souls brought to nothingness and who live only in the will and desire for love, Chs. 19, 43, 49, 51, 66, from Old French trans. Colledge, Marler & Grant (1999) pp. 38, 62, 69, 70, 87. All subsequent quotes from Porete’s The Mirror of Simple Souls are from id. The subsequent quote in the above paragraph is from Ch. 118, p. 145. An alternate translation for “Souls brought to nothingness” (ames anienties) is “annihilated Souls.” Holy Cathedral the Little and Holy Cathedral the Great are my translation of the terms Saincte Eglise la Petite and Saincte Eglise la Grande. The term eglise is commonly translated as “church,” but Porete here refers to dominant institutions, not a local parish church. Hence “cathedral” seems to me a better translation. On elitism as a fundamental aspect of Porete’s thought, Robinson (2001).

[2] Peter Dronke, a leading medieval literary scholar, described Porete’s book as one of the “most moving expressions of love by medieval women that have come down to us.” Dronke (1984), p. 228. In his Foreword, Kent Emery of the Medieval Institute, University of Notre Dame, declared:

Margaret Porette’s solitary, steadfast, and courageous stand against the mighty engines of cultural authority is bound to evoke the sympathy and enkindle the imagination of every modern reader.

Colledge, Marler & Grant (1999) p. viii. Bernard McGinn, a leading scholar of medieval theology, included Porete among “the four female evangelists of thirteenth-century mysticism.” McGinn (1998), p. 141.  Robert E. Lerner, a leading scholar of medieval mysticism, declared that Marguerite’s The Mirror of the Simple Soul “has come to be recognized as one of the greatest works of Western religious literature.” Lerner (2010) p. 92.

Porete was burned as a heretic on June 1, 1310. For a thorough review of the historical evidence, Fields (2012). Porete’s book was quite popular apart from the view of church authorities. It circulated widely in the fourteenth and fifteenth centuries. Within a century, The Mirror of Simple Souls was translated into Italian, Middle English, and even Latin, the authoritative language of Christendom. Despite formal suppression of it, perhaps “dozens of copies” of The Mirror of Simple Souls existed in late-medieval Europe. Lerner (2010) p. 116. The popularity of Porete’s book apparently was due in part to its incomprehensibility. Sections of it in some texts are like gibberish. Colledge, Marler & Grant (1999) p. lxxxiii. Fascination with gibberish is a general feature of appropriately cued written communication.

[6] Ch. 76, p. 97 (no shame). Subsequent quotes Ch. 37, p. 57 (no remorse); Ch. 37, p. 56 (great glory in sins); Ch. 124, p. 155 (doing nothing but loving). On the ethics of Porete, Marler (2012). Porete is some ways anticipated the late-nineteenth-century philosopher Friedrich Nietzsche in his works On the Genealogy of Morals and Thus Spoke Zarathustra. Scholars of Porete and Nietzche have failed to credit sufficiently Porete as an intellectual mother of Nietzsche.

[image] Fire photo thanks to Mr. Theklan and flickr.

Field, Sean L. 2012. The beguine, the angel, and the inquisitor: the trials of Marguerite Porete and Guiard of Cressonessart. Notre Dame, Ind: University of Notre Dame Press.