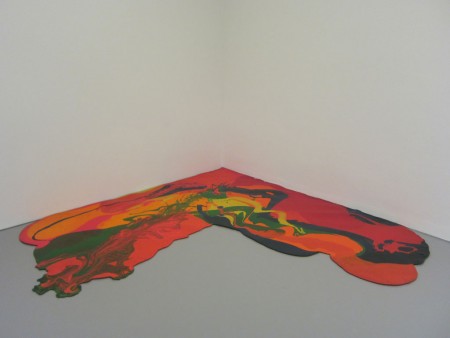 The Mirror of Simple Souls, a book probably written about 1300 in France, exalts noble Souls. These Souls have taken leave of reason and works of virtue. They have relinquished completely their will. Annihilated, they seek nothing. This book’s author, now commonly regarded as Marguerite Porete, seems to have understood herself to be a noble Soul.[1] She thus struggled to explain why she wrote (and actively promoted) a long book on the noble way of doing nothing.

Porete declared that her work as an author was base. In an exculpatory chapter entitled, “How the Soul who caused this book to be written excuses herself for having made this so long-winded, this book which seems so small and short to the Souls who dwell in nothingness…,” Porete wrote:

I excuse myself, says this Soul {“who caused this book to be written”}, before all you who dwell in nothingness … for I have made very big with my many words this book, which yet will seem very small to you, if I know you rightly. [2]

To those who dwell in the greatness of nothingness, Porete’s book is “very small” because it’s a worldly work. Addressing noble Souls, Porete made conventional excuses and declared her book to be base:

Now by your gracious leave excuse me, for necessity knows no law. I did not know to whom to make my intention known. But now I know, to set you at peace and to tell the truth, that it is base. It was Cowardice who guided it, and who surrendered this intention to Reason through Love’s replies to Reason’s questions [3]

Love caused it to be written by human knowledge, and by the will of the transformation of my understanding, with which I was burdened down, as it appears in this book; for Love has made it by unburdening my spirit through these three gifts of which we have spoken. And so I say that it is base and very little, however great it seemed to me when I began to make this state of being known.

After declaring her book to be “base and very little,” Porete turned to lyrical poetry. Her poetry affectively argues that her writing isn’t base.

Porete actively promoted her book. Sometime after she wrote the first version of her book, she added to the prologue blurb-like endorsements. In one, the Cisterian monk Dom Frank fully endorsed it: “it is all truth that this book says.”[4] The theological scholar Master Godfrey of Fontaines lavishly praised it:

the soul never comes to divine usages until she has this usage, for all other human usages are beneath these usages. This is divine usage and none other but this. [5]

The Friar Minor John of Querayn affirmed its divine inspiration: “this book is made by the Holy Ghost.” Porete, making clear that The Mirror of Simple Souls should not be understood as her personal expression, explained: “through me, the creator has created out of himself this book.”[6] The puffery that Porete collected and incorporated into her book is as actively and willfully promotional as blurbs associated with aggressive book marketing in modern, highly competitive scholarly book markets. That’s something.

Porete actively promoted her book even in circumstances that strongly favored doing nothing. Sometime before 1306, Guido of Colmieu, Bishop of Cambrai, condemned Porete for “a certain pestiferous book containing heresy and error.” Guido ordered Porete to watch her book be publicly burned.[7] Porete was additionally admonished:

You were expressly prohibited by this bishop, under pain of excommunication, from composing or having again such a book, or using it or one like it. The same bishop added and expressly stated in a certain letter sealed with his seal that if you should again use the aforesaid book, or if you should attempt again by word or in writing those things that were contained in it, he was condemning you as heretical and relinquishing you to be judged by secular justice.

Porete, however, refused to do nothing. Two years later, a new Bishop of Cambrai accused her of distributing her book and teaching her views.[8] The official inquiry addressing her activity recounted:

After all these things, against the said prohibition, you several times had and several times used the said book, as is evident in your acknowledgements, made not only in the presence of the inquisitor of Lorraine, but also in the presence of the reverend father and lord, Lord Philip then bishop of Cambrai and now archbishop of Sens. After the aforesaid condemnation and burning, you even communicated the said book, as though good and licit, to the reverend father Lord John, bishop of Châlons-sur-Marne, and to certain other persons [9]

For almost a year and half, Porete refused to testify under oath to the official inquiry into her activity. She refused opportunities for absolution and reconciliation. Perhaps Porete was eagerly seeking the self-annihilation that she celebrated in her book. In any case, she was burned as a heretic in 1310.[10]

The scholastic officials of her time had Porete burned for actively promoting her path of doing nothing. In our enlightened age, we should better recognize that leaving behind reason and virtue and embracing nothingness are bad ideas.

[1] Lydia Wegener and Elizabeth A.R. Brown, who are highly knowledgeable, truth-seeking scholars, have recently questioned whether Marguerite Porete authored The Mirror of Simple Souls and whether the text condemned in Paris in 1310 was that text. Wegener (2010) and Brown (2012) pp. 27-9. In this article, I assume both those claims to be true. In any case, the difficulties with the authorial position within The Mirror of Simple Souls don’t depend on who authored it and whether it was officially condemned.

Within the now standard view of Mirror authorship, Lerner (2010), pp. 92-3, points out that Porete was probably a nickname rather than a cognomen. He states:

I would also add my subjective judgment that referring to this remarkable woman as “Marguerite,” rather than “Porete,” places her fittingly in the company of Hadewijch, Mechthild, and Eckhart.

On the other hand, Porete has become the standard surname. It is more distinguished among names than is simply Marguerite. In any case, careful evaluation of the historical evidence of authorship is surely more interesting than pondering conventions of reference.

Marguerite’s story contains its share of contradictions. She was a theologian of nonaction and nothingness, yet consistently active in seeking approval for these ideas. … These contradictions and complexities only add to the extraordinary nature of her life and death.

[4] This and the subsequent two endorsement blurb quotes are from M.N.’s Middle English translation of the Mirror, literally trans. into modern English in Field (2012) pp. 51-2. The Middle English source text, which Lerner (2010) regards as the best witness to the original, is available in Doiron, Colledge & Guarnieri (1968). The dating of when Porete sought the endorsement blurbs is a matter of scholarly controversy.  Field (2012) pp. 277-8, n. 31.

the soul will never attain to divine practices until she has acquired this practice, for all other practices, inferior to this, that teacher said, are human practices. This practice is divine, and no other except it.

Colledge, Marler & Grant (1999), Appendix 1, p. 181. This text doesn’t occur in the late fifteenth-century French Chantilly manuscript of The Mirror of Simple Souls. Field (2009) provides detailed analysis of evidence concerning the intellectual and practical relationship between Porete and Godfrey of Fontaines. Id. doesn’t consider the broader question of whether Porete was actually the author of The Mirror of Simple Souls. Cf. Wegener (2010) and Brown (2012) pp. pp. 27-9. Field (2009) also doesn’t evaluate the possibility that the author of The Mirror fabricated the endorsement blurbs, perhaps after Godfrey of Fontaines death. Such action would help to explain the inconsistency between Godfrey being a leading theologian and the weak theological content of The Mirror. Dom Frank and Friar Minor John of Querayn, quite unlike Godfrey of Fontaines, are completely unknown other than in The Mirror.

Marguerite did not claim that God spoke through her or that what she knew came from a mystical access to the divine that others lacked. In fact, she did not deign to explain how she knew what she knew at all.

Field (2012) pp. 7-8. See also Dronke (1984) p. 203. Claiming that God spoke through her was necessary for Marguerite to rationalize her action as author of The Mirror. Claiming divine authorship was also an important aspect of marketing and promoting The Mirror.

[7] Evidence suggests that the burning of her book occurred in Valenciennes, which was probably about where Porete lived. Porete appeared before the Dominican Inquisitor in Paris, William Humbert, also known as William of Paris.The quotes in the above paragraph are from French National Archives Box AN J.428, document no. 15b, dated 31 May 1310, William of Paris’ sentencing of Marguerite Porete and Guiard of Cressonessart, from French trans. Field (2012) p. 228. Id., Appendix A, provides a thorough description and painstakingly accurate English translation of all the relevant trial documents. Appendix A is based on fresh transcriptions of the original records. Prior printed versions of the trial documents, both the original texts and translations, are not fully reliable and have created factual mistakes in historical accounts. Id. pp. 3-6. Id., Appendix B, provides English translations of other contemporary sources as given in printed editions. Richard Burton has provided online English translations of some trial documents and contemporary sources based on printed editions. That’s very helpful for general public understanding. Field’s book, however, should now be regarded as the authoritative source for detailed scholarly work with the trial documents.

Brown, Elizabeth A. R. 2012. “Moral imperatives and conundrums of conscience: reflections on Philip the Fair of France.” Speculum. 87: 1-36.

Field, Sean L. 2012. The beguine, the angel, and the inquisitor: the trials of Marguerite Porete and Guiard of Cressonessart. Notre Dame, Ind: University of Notre Dame Press.