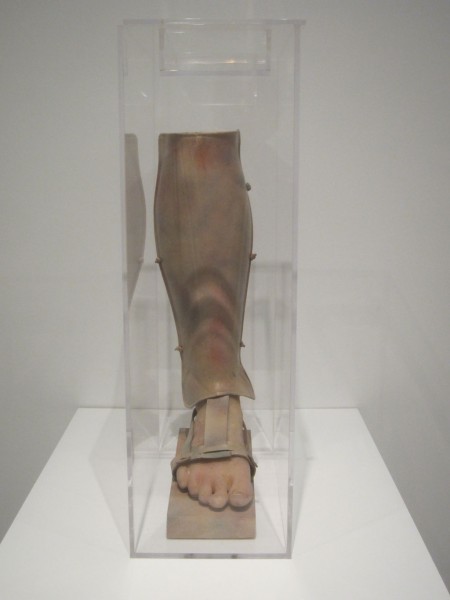 In Marbod of Rennes’s eleventh-century Book of Ten Chapters {Liber Decem Capitulorum}, no chapters focus on men, but two chapters are all about women. One chapter is about wicked women. The following chapter is about good women.[1] A scholar writing at the end of the twentieth century interpreted Marbod of Rennes’s disproportionate attention to women as developing the social ideal of “ennobling love.” Marbod of Rennes is better understood as an exponent of gender-equality double-talk that implicitly devalues men.

woman shouldn’t be blamed only because she is female,
nor should only a man be blessed with praise,
but rather vice should be corrected in both sexes,
and virtue merits praise equally in both.

A late-twentieth-century scholar of ennobling love commented on that passage:

Moral value, not sex, is the measure of worth, and woman is declared better able to learn virtue than man. [3]

In the Middle Ages, logic was an important field of learning. An educated medieval cleric could work out the syllogism: moral value is the measure of worth, woman is more moral (learned in virtue) than man; therefore, woman is superior to man. While not tracing through his syllogism, the scholar explained:

The point is that the positive pole here introduces into the public forum of poetry a differentiated view of woman, an awareness of the virtuousness and honor potentially present, maybe even inherent, in women, a sensitivity to the “glory of the female sex.”

The phrase “maybe even inherent” is telling. Claims that women are superior to men are made directly in recent, acclaimed scholarly books and are now featured in major U.S. newspapers.

While focusing his attention on women, Marbod of Rennes with a single sentence anticipated modern disparagement of men. Marbod declared:

The hard mind and stiff neck of men resists
and scarcely endures the yoke, while he denies he’s inferior.

Those who deny that men are inferior to women are today disparaged as sexist and misogynistic. Men today are expected to acknowledge their inferiority, to ponder whether men are necessary, and perhaps also to act to raise the suicide rate of men, which is already four times that of women.

“Refined love,” “high love,” and “sublime love or friendship” have the role of social ideals resisting social ills that develop in a male-dominated warrior society: misogyny, rape, contempt of women, boorish, warriorlike manners. The civil values of the court can be a force reshaping social practice by reward and punishment. It may well be one of the most genial ideas of any social reformer in history that he or she developed an ideology of courtly behavior within which “worth,” “price,” “value,” prestige, and standing in noble society are set by the individual’s ability to learn courtesy, restraint, civility, to acquire virtue as a prerequisite to loving — hence also as a result of loving. [5]

Men are urged and forced to fight and die for their societies. Historical developments over the past millennium haven’t change the vastly disproportionate bodily disposal of men in war. The development of ideals of “ennobling love” merely increased vicious disparagement of men for “misogyny, rape, contempt of women,” and, worst of all, “boorish, warriorlike manners.”

[2] Marbod of Rennes, Liber decem capitulorum, Ch. 4, Latin text from the Patrologia Latina 171, 1702A, my English translation, benefiting from those of C.W. Marx in Blamires, Pratt & Marx (1992) p. 232 and Jaeger (1999) p. 225. Subsequent quotes from Liber decem capitulorum are similarly sourced, unless otherwise noted.

Among the countless snares that the cunning enemy
has laid out over all the world’s hills and plains,
the greatest, and which scarcely any man can avoid, is
woman, mournful head, evil sprout, depraved progeny,
who causes many scandals throughout the whole world.

Who persuaded our first father to taste the forbidden?
A woman. Who compelled a father to have sex with his daughters?
A woman. Who robbed the brave man of his hair and destroyed him?
A woman. Who with a sword cut off the holy head of the righteous one?
A woman. What mother heaped crime on crime,
stained heinous incest with more heinous slaughter?
Who the blessed David, who the wise Solomon
seduced with sweet enticements, so one became an adulterer,
the other sacrilegious, who other than a seductive woman?

Like Jaeger, Marbod made a pretense of honoring gender equality. He declared of women and men:

Because we are the same, under the same conditions
we live, and there is nothing we do not bear in common,
being in all things alike, except the distinction of sex.
The covenant is our equal birth. We eat the same food,
dress alike, and are moved to weeping and laughing
by similar feelings. With equal sense we discern
what is good, what is evil, what just, what wicked,
and our common understanding proceeds with equal eloquence.
Among peers, we know in turn to give thanks,
with interchangeable duties to merit gifts,
and to give advise that harm would be dispelled.
Man and woman together are able to do all these.

Marbod nonetheless asserted women’s superiority to men. He asserted this in the most important Christian aspects of human being:

She handles the sick gently, with more skill assists
at their bed, and more diligently ministers with food and drink.
A woman loves more, more quickly values adapting to follow precepts.
Like soft wax she is shaped to the image of the Good
and she shows herself to be subject to instructions.

there is an entirely new and unique image of woman created in the years between 1050 and 1100: woman the vessel of virtue, soft wax to Goodness, sensitive, loving and learning more intensely than hard-necked man. … The dynamics which account for the spread of courtliness outward from the humanistically educated court clerics also account for the rise of the image of woman as giver of virtue {to men} through love.

Id. p. 105. Celebrating this development has dominated teaching of medieval Latin literature. For a broader, more humanistic understanding of literature and life, students should study great medieval literature of men’s sexed protest such as Boccaccio’s Corbaccio.