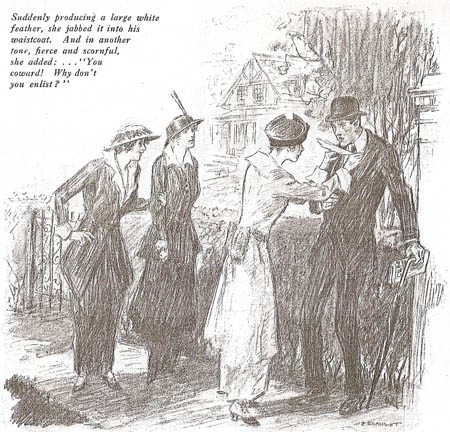 “What would you do when someone comes to kill you?” women chanted to men. “We will kill them,” men chanted in response. Then, on September 16, 2014, in a farming village in West Africa, villagers killed eight men from outside the village. The men who were killed came to the village to teach about the health risks of Ebola. The men who were killed were local officials, doctors, journalists, and a popular pastor.[1]

Early Arabic poetry directly faces women inciting men to kill other men. A well-recognized genre of early Arabic poetry is lament for the dead. Such a lament is called marthiya. Among Arabic poets born in the pre-Islamic period, the most famous writer of marthiya is the woman poet al-Khansā. In a marthiya for her brother Sakhr, killed in inter-tribal fighting, al-Khansā described him as “a spearhead whose blade illuminates the night.”[2] Men warriors, particularly those who take on the most dangerous missions, are today also figured as the tip of the spear. They are the point of impact for a weapon that women direct.

Within human social life, and within the social life of primates more generally, women determine the issues of social concern. Women provide the criteria for men’s status competition and judge outcomes. In another marthiya for Sakhr, al-Khansā wrote:

O Sakhr, you were a full moon in which one sought light
The day you died, Glory and Selflessness passed
Today, the hopeful no longer have you to hope for
Now that you’re gone, and the basin of Death is nigh [3]

The image “a full moon in which one sought light” connects through night and light to “a spearhead whose blade illuminates the night.” Glory and selflessness are central measures of Arabic manliness. The criteria of men’s status function to make men instruments. Men provide hope for others’ interests and serve as means for preserving others’ lives.

In her marthiya, al-Khansā isn’t obscure or deferential in ordering men to kill other men. She orders men to cloth themselves for fighting other men. She sets the terms of their mission:

There will be no sleep until the horses return, stern-faced,
flinging and miscarrying fillies and colts
or until you press on, while death draws nigh,
to the homes of Husayn and Ibn Sayyār
so that you wash away a shame that has enclothed you [4]

Her marthiya helps to create that shame. She determines when there will be peace:

Social structure affects how women prompt men to kill other men. In the personal politics within early Arabic tribes, women poets urged men to kill other men in response to the killing of a man. In human groups created through a mediated public sphere (impersonal politics), men’s deaths are less socially significant. Media strongly favors reporting sensational crimes against women. The (fabricated) story of a women brutally gang-raped at a University of Virginia fraternity indicates the scope for such reporting.

An Arabic poem probably from the eighteenth century illustrates in different communicative circumstances different imagery for a woman urging men to kill other men. In that poem, a women declares that other men are abusing her:

If only al-Barrāq had an eye to see
the agony and distress I endure …
They fettered me, shackled me, and beat
my chaste area with a stick [5]

The poem ends with her call for war against those other men:

Say to the ʻAdnān, “You’ve been shown the way, tuck up
for retribution from the detested clan
Tie banners in their lands,
unsheathe your swords, and press on in the forenoon”
O Banū Taghlib, press on until victory
leave off the inertia and slumber
Beware: shame is at your heels, upon you
as long as you linger in lowliness

War throughout history has been predominately structured as men killing men. The poem includes an indirect death wish from the woman:

In the mid-twentieth century, the first part of this poem had become an anti-colonial song well-known throughout the Arabic world. It was also featured in a popular film. The last couplet of the popular song more broadly invokes death:

Your tyranny disgusts me
My salvation is death [6]

That concluding couplet carries both the voice of the woman and that of her men. Her salvation is in her death or in the death of the other men. Disgust for tyranny spurs her men to welcome death in fighting for her.

Women have a distinct, powerful voice for calling men to kill other men. Gynocentrism and relatively little concern about men’s deaths fundamentally support women’s calls for men to kill other men. In highly monetized and mediated societies, such calls take variant forms such as white-feather campaigns, damseling for dollars, and social-outrage brigading. In early Arabic poetry, women poets were prominently associated with marthiya.[7] That reflects an important, general position of women in social communication. Women’s distress and weeping powerfully motivates men to kill other men.

[1] The killings occurred in Womey, Guinea. The account of the villagers’ words is according to Damantang Albert Camara, a government minister and spokesperson. See Brittain (2015). Id. doesn’t describe the sex of the persons killed. In news reports, that typically means that all the persons killed were men.

it is said that ‘Alqama was named the stallion poet because he married Umm Jundab when Imru’ al-Qays divorced her after she deemed {‘Alqama’s} poetry superior to his.

Ibn Manzur, Lisan al’arab, f-h-l, from Arabic trans id. p. 34. Being named the stallion poet was a term of masculine honor. The better poet got the woman.

Fasten your waist-wrappers in order that you are ready and able
and tuck them up for these days are for tucking.

[7] While early Arabic women poets were particular associated with marthiya, id. convincingly shows that they have also written in a wide variety of Arabic poetic genres from the pre-Islamic period.

Hammond, Marlé. 2013. “‘If only al-Barraq could see’: Violence and Voyeurism in an Early Modern Reformulation of the Pre-Islamic Call to Arms.” Pp. 215-240 in Kennedy, Hugh, ed. Warfare and Poetry in the Middle East. London: I.B. Tauris.