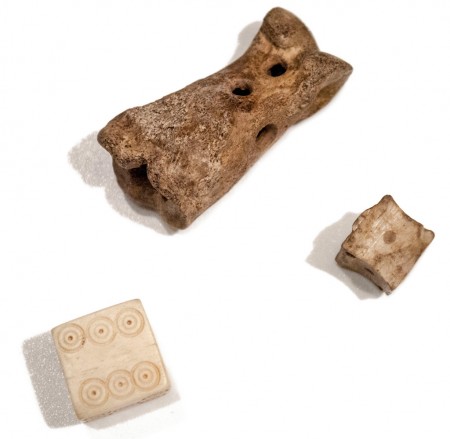 Gods were omnipresent in everyday life in the ancient Mediterranean world. So too were practices of divination.[1] One tool of up-market professional fortune-tellers was a book-interpreted sortition (drawing of lots) known as the oracles of Astrampsychus. The client chose among 92 questions. Then he chose by lot a number between 1 and 10. The professional fortune-teller looked up in the Astrampsychus book the oracle corresponding to the question and the lot outcome. The oracles were arranged in the book so that the possible outcomes for a given question were widely distributed and not easily collectable. The oracles of Astrampsychus thus provided authoritative, standard, obscure answers specific to 92 different questions.

The oracle questions make clear that women as well as men owned property:

Everyday life as seen through the oracles involved considerable concern about public positions and public institutions. The oracles address questions of obtaining the positions of agoranomos (marketplace official), oikonomos (municipal middle-manager), and decemvir (local magistrate). Accusation, prosecution, litigation, detention, and appeal are also matters of concern. So too are being held in servitude and being sold as a slave. Servitude, slavery, and detention could happen to any man merely through economic misfortune.

The oracles of Astrampsychus indicate men’s vulnerability in intimate relations. Men consulted the oracles about girlfriends, wives, and babies:

The oracle answers include many unfavorable to the client. Among attainable answers to the question “Will my wife stay with me?” nine out of ten indicate that she will leave. Three answers reveal that the wife is leaving because she’s committing adultery.

In sharp contrast to the text-based oracles of Astrampsychus, Apuleius’s Metamorphoses describes an oracular technique of oral interpretation. To make money, a roving band of devotees of a Syrian goddess created a single answer oracle. They inscribed on all lots for sortition the same words:

For this the team of oxen plows the furrowed earth, so fertile fields of grain will sprout in times to come. [3]

In choosing a lot, the oracle client inevitably got that answer. The goddess’s priests then interpreted that answer according to the client’s circumstances and interests:

if some would make inquiry as they were, say, arranging a marriage, the priests would say that the situation is directly addressed by the response: they are to be joined — the team — in marriage for the procreation of children — the grain. Should someone put the question about when to snap up some goods, they would say that the mention of the oxen was right on the money, as was the team, as were the fields that flourish in sprouting grain; if someone were anxious about setting out on some journey and wanted to secure the auspices of the gods, they would say that oxen, when joined in teams and gotten ready, are the most submissive of all four-footed creatures, and that profit is portended from the seeds in the field; were someone to take the field in war, or take to the hills to chase down some gang of robbers, and inquire whether the outcome would be productive or not, the priests would argue that victory comes in the train of this powerful pronouncement. Why? Because they would force their enemies’ necks to wear the yoke, and would receive from their raids a most rich and profitable prize.

All these prognostications are favorable to the client.[4] The priests earned much money by providing oracles from the Syrian goddess. Apuleius’s oracle satire implicitly ridicules practices of divination such as the oracles of Astrampyschus.

While divination was widely practiced and commonly taken seriously, ridicule of divination wasn’t just a matter of Apuleius’s outrageous creativity. Divination was ridiculed in jokes popular enough to be included in a compilation of jokes made in the fourth or fifth century. Among those jokes:

The oracle at Delphi, which had great authority in elite culture, was a target of ridicule in the Life of Aesop. Divination, like healing from illness, was both disparaged and highly regarded across its many different contexts and practices.

Compared to fortune-telling today, the oracles of Astrampsychus subtly indicate a significantly different sense of fate in the ancient Mediterranean world. The oracles of Astrampsychus served men who were actively making choices and seeking to improve their economic and political positions.[6] Yet the oracles include questions that depict persons as puppets of external powers in ordinary life. Consider these oracle questions:

These questions suggest the feasibility of the focal action. To the modern mind they imply a simple answer: that’s for you to decide. From an agentic perspective, those are very different questions from “Will I win the lottery?” Free will even in mundane affairs seems to have been tenuous among the clients of the oracles of Astrampsychus.

[1] For a review of divination in Greek, Roman, Jewish, and Christian culture, see Van der Horst (2002).

[2] The oracle questions and answers are translated from Greek in Stewart & Morrell (1998). That translation is from the second version (ecdosis altera) of the oracles of Astrampsychus, with the elimination of some obvious Christian accretions. I’ve reorganized the questions and answers and made them available online to aid personal scholarly study. All subsequent quotations of the oracles are from id. Critical editions of the Greek texts of the ecdosis altera and ecdosis prior are available in Stewart (2001) and Browne (1983), respectively. Pieter W. van der Horst has provided a helpful review of Stewart (2001).

[4] Astragaloi oracles typically had a mix of positive and negative answers. However, all but one of the oracle answers found at Dios, probably from about 200 GC, are positive. Cuvigny (2010) p. 269.

[5] Hierocles and Philagrius, Philogelos (The Laughter Lover), jokes 187A and 201, from Greek trans. Quinn (2001). The full text of Philogelos is available in English translation in Baldwin (1983).

[image] Astragaloi (dice) made from bone. From the second or third century. Thanks to Diana Ringo and Wikimedia Commons.