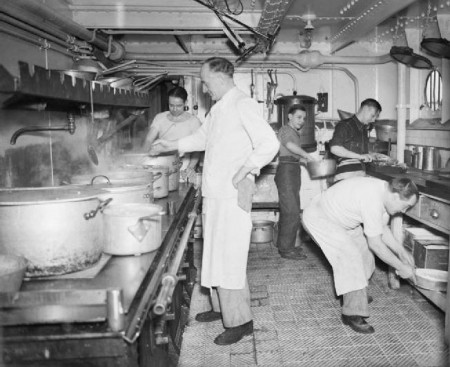 Dating from no later than the seventh century, Syriac and Armenian texts of Queen Sheba’s questions to King Solomon include five riddles. One riddle concerns the modern English proverb “too many cooks spoil the broth.”[1] The ancient texts reject the modern “too many cooks” wisdom with sophisticated understanding of reception.

Queen Sheba’s statement of the riddle implicitly contains its answer. She presented King Solomon with a conundrum:

The head-cook of the king multiplies the cooks, and in order to create various tastes he labors and makes others labor, yet the taste is one. [2]

If you have an excellent cook from your country, add him to our thousands. However, as you say, the taste is one. Nevertheless, the wicked is bitter and far from my Lord , and remains in judgment. [3]

The obscure phrase “the taste is one” makes sense in reference to the king. The many cooks make food for the one king. No matter how many cooks are in the kitchen, the king’s taste remains one. Too many cooks don’t create a problem.

This reception interpretation of the “too many cooks” riddle provides insight into the final sentence of Solomon’s answer. That final sentence introduces a contrasting claim with the adverb “nevertheless.” That claim seems to generate a contrasting allegorical interpretation of the king receiving food that many cooks make. In a plausible allegorical interpretation, the king is God. The many cooks are the many persons making lives in the world. The wicked isn’t incorporated into the oneness of God. The wicked is subject to condemnation (judgment). The king’s food has one, good taste, but the wicked remains apart with a different, bitter taste.

The “too many cooks” riddle allegorically addresses cultural diversity and divine unity. Humans differ in culture. That’s obvious in the daily matter of food. Too many cooks might well be a problem in a kitchen for a family or group, especially if the many cooks pursue their own preferred taste. But too many cooks isn’t a problem for serving God. Human wickedness is the problem in serving God. That’s the wisdom of Queen Sheba and King Solomon.

The classical Armenian version of the Chronicle of Michael the Great includes an account of Queen Sheba’s questions and King Solomon’s answers. Here’s Robert Bedrosian’s translation of the relevant text. Hovhanessian (2013) is based on numerous, stand-alone Armenian manuscripts of the questions.  That textual tradition, thought to be older, expands question 2, includes praise of Queen Sheba after question 8, and doesn’t have praise of the Queen after question 13. Otherwise, the questions/riddles appear to be nearly identical in the Chronicle version and the free-standing version.

Elyse Bruce at Historically Speaking traces instances of “too many cooks spoil the broth” historically. The earliest instance she finds is a 1575 text that states “the more cooks the worse potage.”

[2] From Armenian trans. id. p. 342. The Syriac text is similar but adds the detail “through labour he changes fine food.” Id. p. 345 (Sebastian Brock’s translation of the Syriac).

Then Solomon laughed (and) said to her: If you have from your own country the fine food of your parable, then add our cook, that he may be filled with a thousand women, for in truth the species is the same.

The Syriac answer is totally different and does not make sense. Brock suggests that it must be corrupt.

[image] Cooks in galley of British ship on a Malta convoy, 21 August 1942, while being attacked. By Hampton, J A (Lt), Royal Navy official photographer, Russell, J E (Lt). I’ve cropped the original, which is thanks to the Imperial War Museum (UK) and Wikimedia Commons.