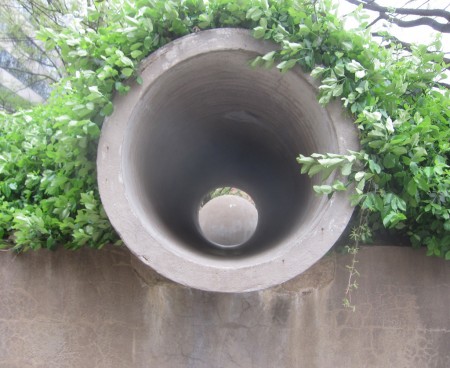 The late-eighth century Arabic poetry of Abu Nuwas tells of the danger of a woman with a wide and deep vagina. In one poem, Abu Nuwas seduced a boyish young woman whom he thought was a virgin. But he found himself in deep trouble and called out to his servant for help:

And were it not for my cry to the servant boy, and his
reaching me with the rope,
I would surely have ended up in the depths. [1]

From that time forward, Abu Nuwas resolved to have sex only with males:

I swore never again in my life to ride the seas as a warrior,
and have traveled only on the back of a mount

In the ninth century, the Arabic poet Abū Ḥukayma described a similar experience of being engulfed:

I encountered the rampart of Gog and Magog all around her and a ravine obstructed with thistle and trees;
a ravine you could traverse only on a narrow path, crawling as if upon knives’ edges and spikes;
one that leads to a fathomless depth, next to which a sea swelling with waves seems too small.
It was a place of mishaps and terrifying. When I entered it, I thought it’s the end.
Many men have gone down it before me and perished without a trace. [2]

Loss of men’s lives attracts relatively little concern. Some even belittle men for being afraid of losing their lives in the depths.

Medieval women had loving concern for men. In a work he wrote about 1385, Jehan Le Fèvre highlighted the practice of the woman physician Calabre of Paris:

I call to witness Calabre of Paris, who with herbs or with plants, by resin or other skill, which she well knows how to practice, has made many a vagina small again and perked up the breasts, to be more pleasing to men and to appease the jealous. [3]

Medieval men jealously competed to have sex with the most pleasing women. Even more shocking from today’s perspective, medieval women sought to please men sexually. Medieval women physicians such as Calabre of Paris helped women to be more pleasing to men and to reduce the risk of a man floundering in the depths of a woman’s vagina. Calabre of Paris apparently was famous enough for Jehan Le Fèvre to expect readers to know her name.

Women physicians also treated men. In an early-twelfth-century Latin poem, a woman physician explained to her husband that she had cured a youth of a serious illness:

So! With God’s help, and my medicine,
The sick boy who was afflicted with a serious disease has returned to the living.
I only felt the wretch’s pulse, checked his high fever,
And when I touched him, his fever quickly subsided.
Because of me, a single spell put everything injurious to flight. [4]

you give him that remedy well known to you doctors.
Thus you console the sick one, thus you doctor him,
Thus you alleviate the youth’s illness with sweet medication. [5]

These women physicians worked late hours and had tiring work. After many years of hard work with many different patients, they needed to heal themselves. That’s how “physician, heal thyself” became a well-known proverb in the ancient world.[6]

[3] Jehan Le Fèvre, Le livre de Leesce, ll. 3778-3785, from French trans. Burke (2013) pp. 105-6, with a substitution for the final noun. The French for the last four clauses is: A fait maint con rapeticier / Et les mamelles estrecier, / Pour estre aux hommes plus plaisans, / Pour les jalous faire taisans. Id. p. 71. Id., p. 106, has for the final clause “to please the jealous husbands.” But there’s no reference to husbands in the French text. The previous clause refers to men (hommes). The broader context is a comparison between women and men. Burke’s interpolation of “husbands” is thus unwarranted. In the English translation above, I’ve replaced “the jealous husbands” with “the jealous.”

The French word con is commonly a scurrilous term for vagina and thus often translated as “cunt.” Id. n. 466, pp. 129-30, argues convincingly for translating it here as “vagina.”

In twelfth-century England, Hue de Rotelande wrote Ipomedon, a parody of courtly love. That romance refers to the attractiveness of a small vagina:

If all the parts of her body were so beautiful,
what do you say of the part underneath
that we call ‘cunt’?
I think it was nicely small.

Ipomedon ll. 2267-70, from Anglo-Norman trans. from Wikipedia entry, with a minor change for a more exact translation. For analysis, see the online Anglo-Norman dictionary.

A women physician is attested as practicing about Paris early in the fourteenth century. Specifically, in a case in 1322, the faculty of medicine at the University of Paris tried the lady Jacoba Felicie for practicing medicine without license. Amt (2010) pp. 103-6 (providing the case record in English translation from the Latin). Felicie was an elite woman (lady) who was educated enough to examine urine and pulses. Those were elite medical practices going back to Galen. Calabre of Paris seems to have been in the tradition of folk healers.

[4] De matronis (On Married Women) ll. 43-7, from Latin trans. Wolterbeek (1991) p. 223. The poem, written in leonine hexameters, is questionably attributed to Peter the Painter {Petrus Pictor}. He came from Flanders and wrote about the year 1100. He wrote another poem entitled De muliere mala {On the evil woman}.