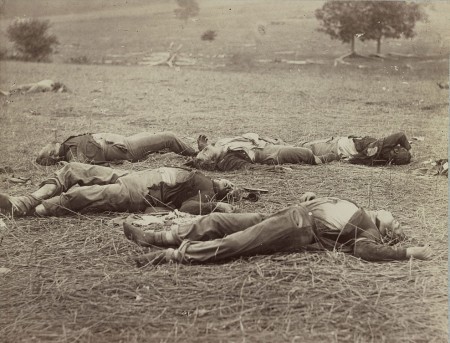 Both parties agreed that if Budnick violated her commitments under the contract, Silverman would be given the choice to have full, permanent physical custody of the child. In reliance on this agreement, Silverman had sexual intercourse with Budnick. In 1989, Budnick gave birth to a child.

Ten years later, Budnick sought monthly payments (“child support”) from Silverman. A Florida District Court of Appeals voided Budnick and Silverman’s preconception agreement and awarded Budnick monthly payments from Silverman. Silverman’s attempt to establish by contract simple male freedom to engage in penis-in-vagina intercourse failed. Silverman’s personal, intimate, consensual ejaculation of sperm into Budnick’s vagina led to the court imposing upon him a large, long-term financial burden in defiance of a written contract that both parties had relied on for a decade.

The court justified forcing financial fatherhood upon Silverman in part through well-established paths of obfuscation. The court declared:

The rights of support and meaningful relationship belong to the child, not the parent; therefore, neither parent can bargain away those rights.

Courts regularly deprive fathers of meaningful relationships with their children through discriminatory child custody decisions. Those decisions commonly reduce fathers to wallets and visitors to their child at the will of the child’s mother. Moreover, the right to receive “child support” is the custodial parent’s right. The custodial parent has no legal obligations to spend “child support” income on supporting the child. The size of “child support” payments varies directly not with the child’s need for support, but with the non-custodial parent’s income. Many children in the U.S. live in poverty. Many children in the U.S., particularly African-American children, lack a meaningful relationship with their father. Children don’t have effective rights to even poverty-level financial support and a meaningful relationship with their father.

The court in Budnick v. Silverman also exploited the all-purpose “best interests of the child” claim. The court declared:

The total abdication of parental responsibility present in the instant Preconception Agreement cannot be said to protect the best interests of the child.

To explain how sperm donation differs from Budnick and Silverman’s agreement, the court drew a technological distinction. Sperm donation involves a man ejaculating in a cup. Silverman, in contrast, ejaculated in Budnick’s vagina. The court explained that the penis-in-vagina procedure cannot qualify as a means for sperm donation because it “has been around long enough so that it does not constitute ‘reproductive technology.’” Along this line of reasoning, perhaps the wheel doesn’t constitute transportation technology, nor fire cooking technology.

A particularly astonishing aspect of Budnick v. Silverman is that the court voided the preconception agreement after the parties had relied on it for a decade. Silverman, in accordance with that contract, didn’t establish any meaningful relationship with the child. That deprivation of a meaningful relationship with the child didn’t matter to the court. The point of the preconception agreement was to foreclose a claim for child support. The court interpreted that effort as evidence that such a claim could occur despite the contract. Apparently to avoid challenges to that peculiar interpretation of laches, the court added:

Furthermore, time alone is not enough to establish a claim on the doctrine of laches.

The court thus tore up a preconception agreement that the parties had relied on, with great significance, for a decade. The court seems to have been determined to force financial fatherhood upon Silverman.

Forced financial fatherhood shows social support for transferring resources from men to women even under fraud. In L. Pamela P. v. Frank S. (1983), a lower court found that Pamela had conceived a child through purposefully misrepresenting to Frank that she was using contraceptives. The lower court ordered that Frank make monthly payments to Pamela “only in the amount by which the mother’s means were insufficient to meet the child’s needs.” The lower court thus imposed on Frank a needs-based obligation to support the welfare of Pamela’s child.[4]

The primary purpose of establishing paternity is to ensure that adequate provision will be made for the child’s needs, in accordance with the means of the parents.

Forced financial fatherhood is clearly gender-biased. In Wallis v. Smith (2001), Smith represented to Wallis that she was taking birth-control pills. Based on that representation, Wallis agreed to engage in penis-in-vagina sex with Smith. Their sexual intercourse resulted in a conception that Smith brought to term. She established herself as mother of the child and sought monthly, income-based payments (“child support”) from Wallis. A court required Wallis to make such child support payments. Wallis then sued Smith for monetary damages resulting from her misrepresentation.

The sex structure in another cited case is more subtle. In Lovelace Medical Center v. Mendez (1991), a court award damages to a woman-man couple (Mrs. and Mr. Mendez). They had a child following a medical center’s faulty tubal ligation of Mrs. Mendez. The court explained:

it is virtually undisputed that some elements of damages are compensable for this tort—e.g., Mrs. Mendez’s pain and suffering associated with her pregnancy and Joseph’s birth; the cost of a subsequent sterilization; and her expenses, including lost wages, associated with the pregnancy and the birth. To be sure, the most controversial item of claimed damage—the cost of raising Joseph to adulthood—is the critical issue in this case; but it is an issue primarily involving quantification of the plaintiff’s loss. [9]

Mrs. Mendez’s injury — indeed, the injury of both Mr. and Mrs. Mendez — can probably be described in various ways ….

Applying this analysis to Mr. and Mrs. Mendez’s situation following her unsuccessful sterilization operation, we believe the couple suffered at least two forms of harm. First, as indicated previously, Mrs. Mendez remained fertile despite her desire to be infertile. From the standpoint of the couple, their desire to limit the size of their family—to procreate no further—was frustrated. Within the Restatement’s definition of harm, this was a loss or detriment to them.

Second, their interest in financial security—in the economic stability of their family—was impaired. The undesired costs of raising another child to adulthood—costs which they had striven to avoid and had engaged Lovelace {a medical service provider} to help them avert— were suddenly thrust upon them. This was a detriment to their pecuniary advantage— i.e., harm.

Forced financial fatherhood imposes similar harm on men. But the court seems to have been reluctant to mention men. Reasoning further about the nature of the damage, the court again focused on women:

A professional woman, for example, might seek sterilization for a reason unrelated to financial hardship. However, if a negligently performed sterilization results in an unexpected birth, her financial situation and even long-term prospects may abruptly change.

we hold that the actions asserted here {claim for damages from fraudulently forced financial fatherhood} cannot be used to recoup the financial obligations of raising a child. We emphasize that this holding is gender neutral insofar as it precludes a monetary reimbursement for child support.

[1] Devaluation of fatherhood is readily apparent in relevant law review articles. Consider, for example, this claim:

notwithstanding paternity doctrine, blood has little to do with one’s status as father. What matters instead is one’s relationship with the mother.

Baker (2004) p. 2. Biological fatherhood is sufficient under law to impose forced financial fatherhood on a man who has had no meaningful relationship with the child. Claiming that what matters for fatherhood is the man’s relationship to the mother, rather than to the child, makes men parentally subordinate to women. With astonishing sophism, id. essentializes the biology of having a womb while claiming that parenthood isn’t about biology. The effect is to essentialize female privilege in reproduction.

Hatcher (2013) describes the extent to which low-income fathers are deprived of meaningful relationships with their children. Id. condemns essentialized fatherhood, but says nothing about essentialized motherhood. Moreover, institutionalized misrepresentation of paternity, lack of concern to achieve gender equality in knowledge of biological offspring, and gender discrimination in child custody and child support decisions are injustices that all men suffer.

[3] A large share of “child support” payments are paid to the state as offsets to welfare payments to custodial mothers. The best interests of the child obviously would involve child support payments going to children, rather than to the state treasury. Hatcher (2007). In reality, the “best interests of the child” is merely emotive rationalization for policies that effectively transfer money from men to women.

[image] Sacrifice of men’s lives: dead men on the battlefield of Gettysburg after first day’s battle. Thanks to the Library of Congress.

Baker, Katharine K. 2004. “Bargaining or Biology – The History and Future of Paternity Law and Parental Status.” Cornell Journal of Law and Public Policy 14(1): 1-69.