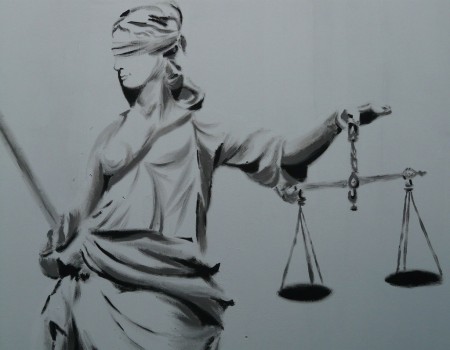 In 1922, the Supreme Court of Arkansas heard the appeal of Marvin Crabtree. He was married to Josephine Crabtree. She committed horrendous domestic violence against him. Fearing his life, Marvin left her and sought divorce from her. He also sought custody of their two children, ages six and nine. With some reluctance, the Supreme Court granted Marvin a divorce, overturning the lower court’s grant of merely a separation. The Supreme Court, however, let stand the award of custody of their children to Josephine. This case, Crabtree v. Crabtree, is an astonishing testament to anti-men bias in the administration of child custody and domestic violence laws.

One day, Josephine nearly murdered Marvin. The trouble started when Josephine’s mother allegedly falsely accused Marvin of bad behavior. Marvin, his wife, and children walked outside to leave the house, but returned. Marvin then went to leave on his own:

He walked in front of the car {outside the house} and set the crank to start the motor. At this time his wife stepped up behind him and laid her left hand on his left shoulder. She asked him if he would come back, and he replied that he was not making any promises. At this instant his wife cut his throat with a razor. Then, seeing a light in the rear of McCann’s residence, about 100 feet away, he hastened there for help, and his wife followed him. He saw her coming, and she showed that she had not accomplished her purpose. He had to act quickly. He grabbed a swinging door and tried to keep her from getting to him by holding the swinging door with his hand. His fingers stuck out on the side of the door next to his wife, and when she could not push the door open she slashed his hands, cutting four fingers on one and one finger on his other hand, practically severing the leaders in all of them. The cut in his throat was five inches long. He then turned loose the door and ran through the house into the kitchen, where McCann was sitting, and called his attention to what had just happened to him. His wife entered the room, and McCann caught her from behind and held her by the arms. His wife made two desperate attempts to assault him again, but was prevented by McCann. He {Marvin Crabtree} grew very weak from loss of blood. Finally he sat down on the porch in a swing. His wife begged McCann to let her get to him. She got a little closer to him and struck at him again, hitting him across the face, but by some means the razor turned and only peeled the skin. He then started to run. His.wife jerked loose from McCann and slashed him in the back, cutting three holes in his coat. She caught him, and all three of them fell on the floor. Mr. Shaffer came up at this time, and the plaintiff was released. Finally he started off of the porch and his wife ran at him, striking at him with the razor. Shaffer caught her. The plaintiff then got into his car and requested a man to drive him to the hospital. He was in the hospital ten days.

She admitted cutting him on the occasion in question. … When she got to the car she put her hands in her pocket to get the key, and felt the razor. She had been using it that day in ripping some of her children’s clothes. She does not recall anything from the time she felt the razor in her pocket until some time after the assault on her husband was made. She supposed she attempted to cut her husband’s throat with the razor, but had no recollection of it.

Facing a criminal charge of assault with intent to kill her husband, Josephine Crabtree apparently pleaded temporary insanity. Witnesses supported the claim of her being temporarily insane:

J. A. McCann was one of the witnesses. He told about the wife following her husband to his house with a razor in her hand. He held her about twenty minutes while she struggled to get away. She appeared very nervous and struggled to get free from him. She had a wild look in her eyes and stared into vacancy. In his opinion she was temporarily insane.

Several witnesses who saw her later in the evening and on the next day testified that she did not appear normal and was very nervous and had a peculiar look. They said that she had always been a peaceable woman before that time, and they regarded her as temporarily insane when she attacked her husband with the razor and cut his throat.

Josephine Crabtree apparently avoided conviction for assault with intent to murder her husband. In addition, she implored her husband  to return to living with her. He refused. He declared that “he would not risk his life by living with her again.” Marvin’s fear for his life, after Josephine had attempted to kill him, set up the divorce and custody battle of Crabtree v. Crabtree.

The Arkansas Supreme Court rationalized depriving Marvin of custody of his children with lack of reason for doing otherwise and the best interests of the child. The Supreme Court explained:

While the plaintiff {Marvin Crabtree} asked for the custody of the children, he does not assign any reason why he should have them, and the court can perceive none. It does not follow that, because the wife tried to kill him in a fit of anger, she did not have any parental affection for the children. On the contrary, the record discloses that she loved them and was properly caring for them. The court looks mainly to the comfort and happiness of the children and gives them to the keeping of that parent who can best look after them.

The Court provide no evidence indicating that Marvin didn’t love his children and couldn’t properly care for them. Discriminating against men in child custody proceedings is standard practice, even when the wife has committed horrendous domestic violence against the husband.

On legal types of divorce and the legal history of divorce law in relation to child custody, James (2014) Ch. 10.

By agreement of counsel, certain evidence which had been used in the trial in the circuit court on the charge against his wife for assault with the intent to kill her husband was made a part of the record in this case.

The record of the criminal case against Josephine Crabtree apparently isn’t available online. The awarding of child custody to Josephine Crabtree makes reasonably clear that she wasn’t convicted of assault with intent to kill her husband. Not convicting women for killing their husbands has probably been much more prevalent than not convicting men for killing their wives. Consistent with that gender bias, legal scholars now publish books advocating extreme anti-men gender bias in adjudicating cases of wives killing their husbands.

After a careful reading of the facts in this case, my conclusion is that the attack made upon appellant {Marvin Crabtree} by appellee {Josephine Crabtree} was due to temporary insanity. They had lived together for a number of years in peace and harmony. No serious friction existed between them at the time the attack was made. The infliction of the injuries was an isolated act of cruelty, out of keeping with the current of their lives, and without excuse upon any other theory than momentary insanity. The undisputed evidence tended to show that appellee was beside herself, when she so unexpectedly and viciously attacked her husband. She herself testified that she knew nothing of the occurrence until it was all over. The evidence is wanting to show intentional cruelty, so a decree of divorce should have been refused.

In short, Marvin Crabtree should have “manned up” and taken like a man his wife slashing his throat with a razor and sending him to the hospital for ten days. Law and policy more generally to this day has shown relatively little concern for violence against men.

[image] Lady Justice (Justitia) blind. Thanks to Hans and pixabay for this excellent contribution to the public domain.