Simple facts about expected lifespan and being murdered, to say nothing of reproductive rights, matter little in public discussion of gender inequality. The public meaning of gender inequality depends mainly on imagination. That’s why it’s important to study poetry. 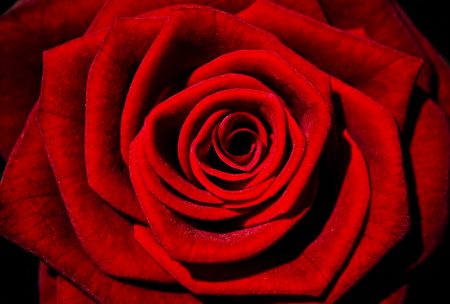 In praise of the hundred-petaled rose

This one, I think, the golden sun has colored with its own rising
or has wished to be one of its own rays.
But well-known as Cypriot’s hundred-petaled rose,
into it all the blood of Venus has entirely flowed.
This is the star of flowers, this is the nourishing Lucifer over the fields,
its fragrance and hue merit the honor of heaven.

Lucifer (literally, “light-bringing”) has the meaning “morning star,” the star that signals the coming of day. Yet Luxorius surely also knew that Christians associated Lucifer with Satan, a star cast down from heaven. Luxorius vigorously asserted the honor of his poem’s Lucifer — the rose flowing with the blood of Venus.

Another of Luxorius’s poems more directly indicates the figure of his praise. This poem draws upon the frequent epigrammatic motif of a statue coming to life:

About a statue of Venus on whose head violets grew

A Cypris {Venus} made of shining-white marble
revealed the truth of herself through a breathless body.
She infused her own heat into the parts
and by the flowers on the statue she came alive.
The jest isn’t deceptive:  “What blushes on the outside,
preserves the roses of the handmaiden’s vagina.”

To Luxorius, a woman’s vagina is a fragrant, red rose — the star of flowers. It is doubly valued:

a pleasurable garden that is also useful to its master

The vagina’s use is incomparably elevated:

Healing of all diseases follow from this place.
I have long thought that this spot is heaven, where the divine presence reigns,
because within this meadow death’s burden can be vanquished.

Throughout history men have commonly praised women. Yet in naturalistic poetry reaching to heaven, few have outdone Luxorius’s praise of the vagina.

No comparable poetry exists in praise of the penis. In medieval Latin poetry, Bernardus Silvestris forthrightly recognized the importance of the penis to women. Yet Bernardus’s poem doesn’t depict an organ exalted as much as the vagina in Luxorius’s poetry. Classical literature documents women’s appreciation for large penises, but it does so without poetic eloquence. Typical treatment of the penis is disparaging. The Old French fabliau The Fisherman of Pont-sur-Seine records a wife’s outrageous disparagement of her husband’s penis. The fifteenth-century Middle English poem A Talk of Ten Wives on Their Husbands’ Ware heaps abuse on husbands’ penises to an astonishing extent. Dafydd ap Gwilym’s medieval Welsh poem Cywydd y Gal (Penis Poem) shows how men internalize such abuse and how it becomes enshrined in men-oppressing sex criminalization. Compared to many initiatives today, encouraging more poetry in praise of men’s penises would be a relatively fruitful and worthwhile step toward gender equality.

[2] Luxorius, Cypris candidulo, Anthologia Latina 351, Latin text from Riese & Shackleton Bailey (1982) pp. 275-6. This is poem 70 in Rosenblum and Beck. Readings of the Latin vary for the last two lines. Rosenblum has:

Rosenblum (1961) p. 152. The sense of the praise of the vagina doesn’t depend on a particular textual variant.

The figure of Venus on whose head violets grew adapts an ancient figure. In Homer’s Odyssey, the bard Demodocus sang the Love of Ares and Aphrodite Crowned with Flowers. Odyssey 8.266-366. Venus was the Roman assimilation of the Greek goddess Aphrodite.

[3] Luxorius, Constructas inter moles, Anthologia Latina 364, Latin text from Riese & Shackleton Bailey (1982) p. 283. The subsequent quote is from id. This is poem 83 in Rosenblum and Beck.

[image] Red Rose. Photo thanks to George Hodan, who released it to the public domain on PublicDomainPictures.net