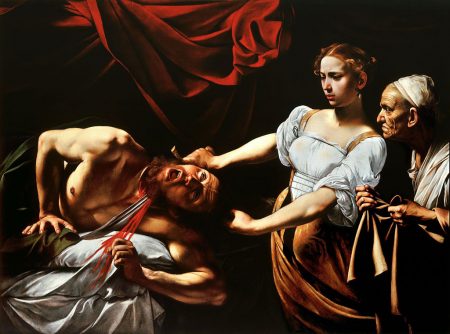 Eusebius Sophronius Hieronymus, now commonly known as Saint Jerome, was a prominent scholar and writer in the Roman Empire in the early fifth century. One of Jerome’s patrons and close companions was Paula. She was an elite Roman woman who had been widowed. With Jerome’s vigorous encouragement, Paula never remarried. She instead pursued a life of Christian chastity, piety, and study. Writing in Vandal north Africa in the early sixth century, Luxorius seems to have re-figured Paula as a widow who killed three husbands. Luxorius’s Paula eagerly sought a fourth husband, even though he was incapable of having sex with her.

After so many tombs have been filled,
and crowds of funerals
and various husbands
ill-fatedly killed
by a wrinkled old woman,
you now, surgeon,
are pleased to be called her fourth husband.
But you, although alive, are entombed,
for you lack the proper member
without which no marriage can be held together.
Now I ask, who understands
Paula having married again?
Nobody! Why then did she do this?
She desired to change quickly
the mourning clothes that she,
a nefarious wife, had obtained,
so that a fourth and then fifth
husband can come.

Luxorius almost surely knew of Jerome and Paula. Jerome translated Hebrew scripture and the New Testament into Latin to make the influential Vulgate Bible. Moreover, Jerome corresponded with Augustine of Hippo, a prominent church leader and scholar in north Africa. Christianity was an important strand in the vibrant Roman culture of early sixth-century Vandal north Africa. Scholars have commonly assumed that Luxorius was Christian.[2] Even if Luxorius wasn’t Christian, Jerome and Paula were probably well-known in Luxorius’s elite Roman circles.

Luxorius’s Paula isn’t the conventional, extremely lustful widow. Her immoderate desire isn’t sexual. She even marries a man who is impotent. Her desire seems to be to acquire and kill husbands. She is thoroughly evil — a nefarious woman who continually seeks to remarry. Jerome’s Paula came to be venerated as a saint. Luxorius’s Paula is a particularly perverse counterpart to Jerome’s Paula.[3]

Luxorius’s Paula may have been a poetic response to moral polarization among religious factions in north Africa. Manichaeans, with whom the young Augustine had considerable contact, emphasized duality of good and evil. Donatists, who were particularly important in Carthage, rejected any Christian accommodation with worldly powers. Donatists insisted on living in rigorous adherence to Christian moral ideals. Whether as a Christian or as a follower of more traditional Greco-Roman beliefs, Luxorius seems to have understood the world through particular, unusual persons, rather than through moral abstractions.

[2] Rosenblum (1961) p. 45. Evidence put forward for Luxorius being a Christian is rather weak. Id. pp. 46-8. Irrespective of Luxorius’s personal beliefs, he probably had considerable knowledge of Christian beliefs and culture. In one poem, he seems to have expanded upon the figure of Saint Marina.

[3] Luxorius’s account of Paula is obviously unrealistic. A surgeon, even if his is impotent, is unlikely to be foolish enough to marry a woman who has killed her previous three husbands.