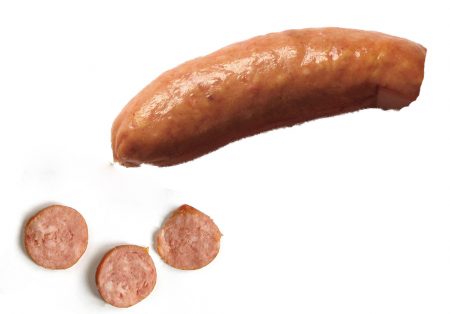 Almost as hateful as mendacious mainstream media reports that nearly a quarter of men are rapists is the scholarly construction of the penis as an instrument of political domination. That penal construction dominates scholarly understanding of ancient Greco-Roman sexuality. Ideology of the reign of the Phallus is associated with crude stereotypes, deeply rooted hostility toward men’s sexuality, and dominant gynocentric interests.[1] Common human experience connects penetration by a penis with pleasure. But that common-sense understanding of penis, penetration, and pleasure has a relatively weak literary-figurative position.

Ideology of the reign of the Phallus draws upon crude linguistic sensibility. The physiology of men’s erection labor produces a hard, baton-like object. Sticks and stones can break bones and cause hurt. If your ability to construct linguistic figures goes no further than nursery rhymes, then you might understand the penis to be a hurtful weapon. That’s a poor understanding. Across all of the animal kingdom, male animals with their penises amazingly rarely hurt female animals. Hurting a female makes no sense within the fundamental evolutionary role of the penis. Don’t fear the penis. Don’t believe in a mythic, monstrous reign of the Phallus. You will have a more joyful life if you develop richer imaginative capabilities.

Ideology of the reign of the Phallus also draws upon cramped imagination of penetration. One might imagine individuals as having bodily borders that they guard against penetration just as countries guard their borders against penetration. That’s a crude understanding of persons and countries. Penetration, even if undocumented with an affirmative consent form, is often welcomed, with good feeling and good reason. Criminalization of sexual penetration and the ideology of the reign of the Phallus benefit from imagination limited to the figure of one person violently penetrating another person’s body with a weapon such as a knife. In literature as in life, most of the persons violently killed are men. In further gender injustice, penetration historically has been the basis for gender-biased criminalization of men’s sexuality.

Close reading of an ancient Greek epigram exercises broad literary imagination and confirms common sense of the penis. Consider this epigram by a Greek poet probably writing in the second century GC:

Count three for all those on the bed, of whom two are active and two are passive. Do you think I’m speaking of a miracle? But it’s really no lie. The middle one is involved with the other two, giving pleasure behind, getting pleasure in front.

A Latin adaptation written about two centuries later shows the literary bias toward criminalizing activity of the penis. This epigram substitutes for pleasure legalistic language of crimes:

“There are three in one bed. Two endure sexual violation,
and two commit it.” “I think that there are four.”
“Mistaken: give one offense each to the ones on the outside and
two to him in the middle, who both does and submits.”

Belief in the reign of the Phallus represents crude imagination dominating common sense. Literary study that engages only crude imagination supports gynocentrism and terrible anti-men bias in criminal justice. To promote humane culture, literary study should expand imagination to new and surprising figures. Would you have ever imagined the classical riddle of why two plus two doesn’t equal four?

[1] Keuls (1985), published a few years after the start of a massive rise in incarceration in the U.S., has been an influential work. Williams (1999 / 2010) illustrates present-day orthodoxy of demonizing penetration as dominance. For a brief presentation of the orthodoxy, see note [4] in my post on Priapea.

[3] The Torah (Mosaic law) confirms this understanding of the penis. Deuteronomy 24:5 states:

When a man has taken a new wife, he shall not go out to war or be charged with any business; he shall be free at home one year, and bring happiness to his wife whom he has taken.

Before the man-oppressing ideology of courtly love swept medieval Europe, the original understanding of chivalry emphasized a husband serving his wife’s sexual needs with his penis.

[5] The U.K. Ministry of Justice, in contrast, has denied a recent petition to remove penetration gender bias from U.K. rape law. A commenter insightful questions, “If forcing a penis through a vulva is rape, why is forcing a vulva over a penis not rape?”

Pate, Pauline J. 1976. A critical text of the Epigrammata of D. Magnus of Ausonius. Ph.D. Thesis. Loyola University of Chicago.