I want to be a tanner, a stone-cutter,
or follow any other craftsman’s art.
Even a cobbler too, an ignorant inn-keeper
who still can’t say a single syllable,
but when he speaks he pours out buckets of spit,
a disgraceful, utterly brainless clod,
who makes his progress down the middle of the street
furnished with a royal escort,
vomiting up a lot of arrogant talk,
while a reverend soul, well-bred in discourses
goes about homeless, poor, wretched.
I see the deranged in the Senate,
the brilliant dishonored, the dull piled high with honors:
For it’s gold now that talks, everyone admires it. [1] 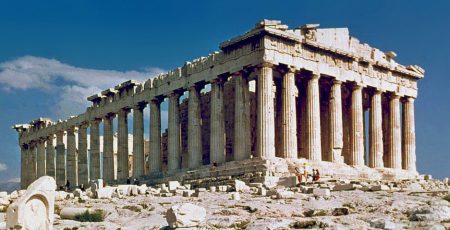 The twelfth-century Byzantine classicist John Tzetzes was “a man soaked in Homer, a man revelling in Homer.” Study of ancient Greek texts and even composing poetry in Attic Greek were highly respected in twelfth-century Byzantium. Yet like many classicists throughout history, Tzetzes struggled to avoid poverty.[2] He desperately sought teaching jobs and solicited grants. Being a classicist has never been rational, nor do the lives of classicists exemplify order and harmony. Wildly, passionately committed to scholarly learning, John Tzetzes exemplifies classicists as they really are.

Tzetzes despised the willfully ignorant and dismissed mediocre students. He condemned those who ignorantly criticized him:

Ignorant abominations, babble-twisters,
men who have barbarized the art of letters
by not minding books, where all wealth lies.
Their nectar is the stink of the dunghill
— pigs do not want to eat the bread of angels. [3]

In a virtuoso scholarly performance, Tzetzes followed up that invective with “a modern Greek obscenity previously unrecorded.” To the father of one of his students, he wrote a blunt, two-sentence letter:

I don’t like a father to be sad because of the uselessness of his son. Why not put some sense into him yourself, if you really are his father? [4]

To the father of another slow student, Tzetzes wrote: “I am deeply sorry for you.” A father could have no worse fortune in Tzetzes’s mind than a son who didn’t progress in learning.

Tzetzes was pragmatic and flexible in mundane matters. When paid per written page, Tzetzes shifted to writing with double and triple spacing. When paying for his own paper, he was “obsessed with wasting paper”:

He apologizes for unnecessary comment on some lines of Aristophanes, but explains that he would otherwise have had to leave empty space on the page. [5]

Tzetzes didn’t offer classical learning as a leisurely activity to flatter the egos of the wealthy. Tzetzes himself imprudently rejected the sexual advances of the wife of his wealthy and prominent employer. She retaliated with a false accusation that cost Tzetzes’s his job and his horse and plunged him into poverty. Tzetzes ingeniously interpreted that terrible injustice as ensuring that what he wrote was useful:

we who lack many things and only write what is useful in a sensible manner, let us skip the rest due to lack of paper. For already during eleven years we are pressed by a disgraceful woman’s wily-minded devices. From the deeds of
darkness she made the beggar, the pollution of this life, the man flowing with ulcers into her husband’s associate in work, in mind, in family and appearance, in trustworthiness greater than that deranged man. But us she chokes with many devices making us enemy slaves to her husband, truly such as the judgment of God sees. For these reasons I live in great poverty, and my ways are not those of a man living in luxury and thus I only write what is useful on paper. [6]

Tzetzes was a grammarian who wrote explanatory notes for works of Homer, Pindar, Aeschylus, Aristophanes, Euripides, and Thucydides. Tzetzes believed that true knowledge of ancient Greek language and literature was useful and sensible.[7]

Concerning matters of classical philology, Tzetzes insisted on correctness. When a critic wrongly challenged Tzetzes’s gloss on a rare term for a moth in Aristophanes’s Frogs, Tzetzes called him “possessed and epileptic, a moonstruck son of a goat.”[8] A bitterly divisive issue of the day was the question of dichronic vowels in Homer. Confronting a scholar who asserted the existence of dichronic vowels in Homer, Tzetzes called him “a ghostly presence, scabbed with camel disease, cat-faced, anchovy-eyed, with the voice of a weeping eunuch.” A scholar recently commented perceptively on such words: “This is invective at its best.” Tzetzes, no hypocrite, criticized himself for use of dichronic vowels:

When I wrote this, I still used the dichronic vowels like the buffaloes {ignorant scholars}. [9]

Dichronic vowels are a matter of measured time. That’s as important as the heartbeats that measure out the length of every human life.

everything useful in the text should be said,
as much as is relevant for the allegorization of needful matters.
And if we go on at length, blame Homer, who,
because of his very dense thought and haste, was forgetful,
and wrote the last things first and mixed things up again,
and because of the hidden depth of his ideas,
forced Tzetzes to write simply, concisely,
and then with extemporaneous speech to compose words
which no one dared, neither the ancients nor the moderns,
unless perhaps someone, after recomposing my words,
was mendacious enough to say that he himself composed it,
as they often do with my other compositions. [10]

members of the royal house itself were active writers in the classical style and even concerned themselves specifically with topics of classical scholarship. Alexius Comnenus, at the beginning of the century, had written classical iambics of Advice to a Son. His daughter Anna Comnena’s great work, the Alexias — more a historical novel than a history — is in an atticizing style. … Her quotations from Homer are almost as frequent as her quotations from the Bible, and they are more accurate. Her husband, Nicephorus Bryennius, writes a more sober, and still atticizing, history. Her brother, Isaac, actually writes essays on Homer, as well as original poetry in classical and Byzantine meters.

He {Tzetzes} was the leading interpreter of Homer, and he still could not make a living. The leading commentator on Homer, the prodigious compiler Eustathius, certainly did make a living, but he made it by virtue of his office as Archbishop of Salonica: Byzantine archbishops looked after themselves pretty comfortably.

not even if you had read Homer and Stesichoros,
Euripides, Lykophron, Kollouthos, and Lesches,
and Diktys’s well-written Iliad,
Triphiodoros and Quintus, even a hundred books, not
even then would you have learned the story in greater detail,
since I have incorporated everything in abbreviated form,
so that anyone who wishes may seem to the masses
to have read whole libraries with minimum effort.

I say freely that not even if there were a hundred Homers, Musaeuses, Orpheuses, Hesiods, Antimachuses, and Linuses, or indeed all the other poets and authors of theogonies, would they have written better on this subject matter.

Alexiou, Margaret. 1986. “The Poverty of Écriture and the Craft of Writing: Towards a Reappraisal of the Prodromic Poems.” Byzantine and Modern Greek Studies. 10 (1): 1-40.