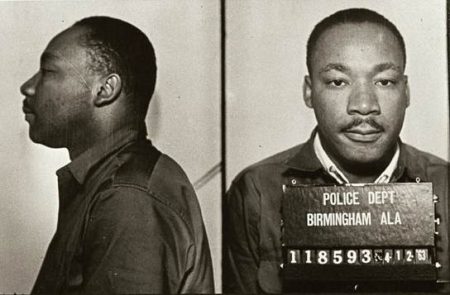 Warning signs of collapsing public reason are readily apparent, particularly in the U.S. Yet distinguishing bluster and posing from what truly matters isn’t easy. Women and men have lived in intimate, enduring relationships with each other for as long as the human species has existed. Relationships between men and women truly matter. Cassie Jaye’s new film documentary, The Red Pill, provides a horrifying look at how lies, fraud, and anti-men bigotry at the highest levels of society have perverted ideals of gender equality and deeply damaged women and men’s relationships.

A Canadian Broadcasting Corporation (CBC) news report illustrates the extent of the problem. To understand The Red Pill and “the culture of men’s rights activism,” the CBC interviewed a professor of Women’s Studies at the University of Calgary. This news report thus drew together vitally important public institutions — a major broadcasting entity, a news report, and a professor at a public university. From the perspectives of many reasonable persons, the CBC “news report” was an outrage and a farce. It utterly misrepresented The Red Pill. The CBC failed to address serious issues affecting men and boys, and women and girls who care about men and boys and whose lives are intimately entangled with theirs.

To understand vitally important issues, you cannot count on leading public institutions to inform you. You must investigate for yourself. A good start is to watch The Red Pill. There are a wide array of options for buying, renting, or streaming The Red Pill. Watch it and learn about issues central to women and men’s relationships.

After you’ve watched The Red Pill, study how mainstream institutions currently work to advance ignorance and anti-men bigotry. Karen Straughan, a heroic and intellectually brilliant analyst of men’s issues, provides insightful commentary on the CBC news report. Paul Elam, who has worked tirelessly over the past decade raising consciousness about men being deprived of human rights, brings to the CBC news report justified anger and warranted mockery. Relative to the CBC and a professor at the University of Calgary, Karen Straughan and Paul Elam have very little institutional authority. Yet in reason and in sense of justice, they tower above many of today’s powerful institutional authorities.

The failure of the CBC news report seems to me to go deeper than Karen Staughan’s and Paul Elam’s critiques indicate. The University of Calgary professor emphasized that The Red Pill movie is “dangerous” and “scary.” Within the U.S. today, a woman merely stating to criminal justice authorities that she “feels afraid” of another person is enough to have that other person’s basic civil liberties suspended under domestic violence emergency law. In fact, the totalitarian regime of domestic violence emergency law is invoked an estimated 1.7 million times per year across circumstances that are far from any reasonable understanding of an emergency. In reality, claims that women are scared have already gutted the U.S. Constitution and eviscerated men’s security within the home when men are living with women. The University of Calgary professor’s claim of being scared should be understood within the context of totalitarian suspension of basic civil rights and liberties.

Given that the commanding institutions of society are forcefully arrayed against them, justice-seekers depicted in The Red Pill show heart-warming moral courage. Harry Crouch, President of the National Coalition for Men, comes across as a quiet, modest, ordinary human being confronting extraordinarily difficult circumstances. Erin Pizzey, a pioneer in starting a domestic violence shelter for women, refused to demonize men and paid a heavy price for her basic human decency. Fred Hayward tells outrageous and poignant stories about his love for his son and how he lost him. While serving his country as a soldier, Carnell Smith was attacked with a fraudulent paternity claim. His country did nothing to help him. He has worked energetically to help his country to understand the injustice of paternity fraud. If civilization endures and advances, such men and women will be celebrated as social-justice heroes.

Watching Cassie Jaye’s The Red Pill will raise your consciousness about injustices against men. It will also help you to understand just how badly leading public institutions are performing. Understanding truthfully where we are is a key step in moving forward.