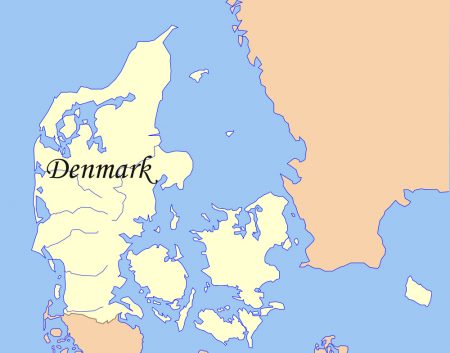 Many men today think that they can gain women’s love by showing intense interest in female gender gaps. Self-centered women won’t object to men denouncing men’s crimes and men striving to reduce the number of women in prison. Self-centered women will praise men who champion women’s reproductive rights and advocate for the interests of elite women in being promoted further into high-status, high-stress jobs. Moreover, almost all women will smile smugly at men who proclaim that women throughout history have been treated as men’s property. But men proclaiming “the future is female” and ardently supporting female supremacists won’t stir women’s sexual desire any more than will a yes-dearing husband. Men who seek women’s love must act with more sophistication and more guile.

A thirteenth-century French poetic work called “The Little Debate {Le Petit Plet}” explains clearly and concisely a man’s position in love in relation to a woman. Le Petit Plet states of a woman:

As soon as she notices that someone loves her,
then she clamors that she’s being treated disrespectfully,
and quickly gets hard-to-please,
and very malicious and angry too.
If you say something she doesn’t like,
she looks at you with an unfavorable eye.
But if there’s someone who has no liking for her at all,
she readily jokes with him,
embraces him and kisses him fondly,
and tries to attract him by putting on an act.
Yet if there’s anyone she’s sure of,
you know, she scarcely gives a damn about him.

In the introduction to his adaptation of The Life of Barlaam and Josaphat, Chardri, the thirteenth-century writer whom scholars think authored Le Petit Plet, highlighted the importance of exempla for instruction.[2] Chardri’s account of women in relation to men in love has great value for instructing men on how to gain women’s love.

Men seeking women in love must strive to raise their sexual market value. The classical author Seneca provided the fundamental insight in his De remediis fortuitorum:

According to modern sexual economic theory, both men and women seek sexual partners of highest sexual market value within the constraints of their own sexual value and overall market conditions. Women, who are more socially sophisticated than men, tend to be more sensitive to sexual market value than men are. To gain a women’s love, a sexually rational man should display sexual self-confidence to women. That means acting somewhat aloof, not being overly eager, and certainly not groveling to her like a chivalrous fool and all the mis-indoctrinated men today. Being able to exercise guile in displaying self-confidence in itself raises a man’s sexual market value.

Men’s sexual behavior is becoming a matter of acute public concern. Men must study literature and sexual economics to become thoroughly enlightened. Men, support the new Spanish sex czar. If that’s not enough motivation, do it for Denmark!

Le Petit Plet is a debate poem within a long literary tradition of debate poems. It shares closely a “common cultural and intellectual tradition” with The Owl and  the Nightingale. Cartlidge (2015) p. 37. Other influential medieval debate poems are The Thrush and the Nightingale and Ecloga Theoduli.

[image] Outline map of Denmark. Derived from image thanks to Angr and Wikimedia Commons.

Cartlidge, Neil, trans. 2015. The works of Chardri: three poems in the French of thirteenth-century England; The Life of the Seven Sleepers, The Life of St. Josaphaz and The Little Debate. Tempe, Arizona: Arizona Center for Medieval and Renaissance Studies.

Palmer, Ralph Graham, ed. 1953. Seneca’s De Remediis Fortuitorum and the Elizabethans. An essay on the influence of Seneca’s ethical thought in the sixteenth century, together with the newly-edited Latin text and English translation of 1547 by Robert Whyttynton. Institute of Elizabethan Studies: Chicago.