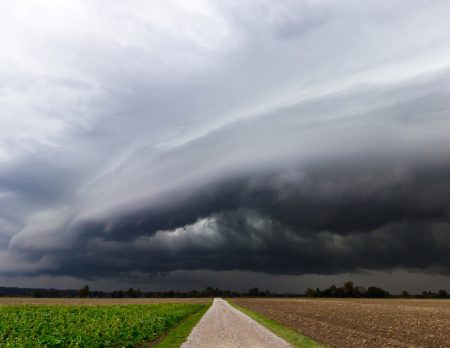 Despite the huge financial significance of child support and divorce law, many persons today have sex and get married in ignorance of the wildly inconsistent laws relevant to those actions. The situation was probably better in the Middle Ages. Law regulating sex was then more liberal, and family law was less sex-biased. Moreover, literature like the thirteenth-century Old French work The Little Debate {Le Petit Plet} provided useful education to men about relationships and divorce.

Persons considering sex that could produce children or pondering getting married should think carefully about the possibility of undesired change in their relationship. In addition to women being regarded as superior to men in guile, women until the modern age were also thought to be more dynamic and adaptable than men. About two millennia ago, Virgil stated, “a woman is always varying and changing {varium et mutabile semper femina}.”[1] Le Petit Plet dilated upon that commonplace:

A woman resembles a sweetbriar rose
but she behaves like the wind at sea,
now it’s to the west, now it’s to the east,
However much she chatters, just as quickly she goes silent.
There’s nothing under the sky
that’s alive and that’s mortal
that’s so prone to change, near and far,
as is the heart of a woman, when she has need.
Now it’s up, now it’s down,
now it’s inside, now it’s outside.

Not surprisingly, authorities have declared that women are biological superior to men in the skills most important in today’s fast-changing economy. Yet women’s superior dynamism has dangers for men in their relationships with women:

Women change themselves from the past.
I have seen chaste and faithful wives
in little time become whores,
and those who were unequaled in sweetness
turn nasty in the end,
and innocent, sweet, and demure ones turn
to put their lovers in a bad scene.

Of course all human relationships are fraught with risk. But women’s social superiority allows them to easily smear and destroy men, including their husbands:

Most of the divorces that occur
women make by their nastiness.
If there’s anything that displeases them,
they gather in social groups to discuss their complaints.
One says that her husband
is a great scoundrel, and not because of her.
Another says that hers is a goat.
The husband of another is a malicious villain.
This one says she has cause for a big complaint,
since he doesn’t do with her what he is obliged to do.
Thus each woman strains to cause an angry fight
by bringing shame upon her sweet lover.
Each knows well what advances her interests,
so that she can obtain a separation;
if not, she believes she’s been so dishonored
that her husband won’t have a day of peace in the rest of his life.

Enlightenment is men’s best hope for improving their lives. Yet in our doctrinaire and repressive age, intellectually alive and curious persons have few contemporary learning resources for considering thoughts and perspectives outside of gynocentric orthodoxy. Studying medieval literature is thus vital for enlightenment today.

Nothing is as mobile as a woman’s will; nothing is so easily changing.

Cartlidge, Neil, trans. 2015. The works of Chardri: three poems in the French of thirteenth-century England; The Life of the Seven Sleepers, The Life of St. Josaphaz and The Little Debate. Tempe, Arizona: Arizona Center for Medieval and Renaissance Studies.

Palmer, Ralph Graham, ed. 1953. Seneca’s De Remediis Fortuitorum and the Elizabethans. An essay on the influence of Seneca’s ethical thought in the sixteenth century, together with the newly-edited Latin text and English translation of 1547 by Robert Whyttynton. Institute of Elizabethan Studies: Chicago.