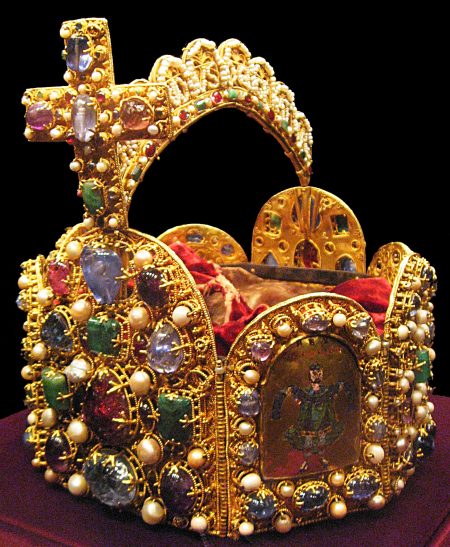 In our ignorant and barbaric age, the preferred approach to handling accusations that a man committed sexual offenses against a woman is to listen and believe the woman, have the leading organs of public propaganda sensationally denounce the man, and then have a cathartic celebration of public hate directed at him. In tenth-century Europe, the Holy Roman Emperor Otto the Great (Otto I) took a much more reasoned, deliberative approach when Pope John XII was accused of rape and other serious crimes. Studying this history, as well as the long history of false accusations of rape, can contribute to overcoming the oppressive structures of gender inequality in criminal justice.

The charge that Pope John XII raped women emerged when Otto sent inquires to Rome about apparently seditious activity. Otto’s messengers gathered a report from a number of reputable Romans. According to this report, Pope John XII was carrying on a sexual affair with the widow of the soldier Rainerius. Moreover, John was giving to her golden crosses and chalices that were ancient, prized possessions of the Church. John was also carrying on sexual affairs with his aunt Stephania and her sister. In addition, John, was having sex with a variety of other women, without discriminating among women on the basis of their fatness or wealth:

Witness that he receives not only women reed-thin from dieting, but also women of everyday shape. To him it’s the same whether women come to him treading the black pavement with their bare feet or arrive with the help of huge horses.

In short, Pope John XII was having sex with women without any respect for men’s typical, understandable sexual and material interests. Moreover, women were being raped at the Lateran palace, “now a brothel for prostitutes {nunc prostibulum meretricum}”:

Witness the absence of women from all nations except the Roman. Women fear to visit the threshold of the apostles for the sake of prayer, since they heard that a few days ago several women — married, widowed, and virgins — were there forcefully raped.

The threshold of the apostles was the entryway to the Lateran palace. That was Pope John XII’s residence. While many women and men lived and worked at the Lateran, the accusation of rape was implicitly directed at John.

Otto the Great understood that Pope John’s sexual promiscuity was nothing extraordinary in that age of pornocracy. Moreover, the sensational accusation of rape directed at John didn’t identify him specifically as the perpetrator. That accusation included no credible details of particular times, places, and victims. In response, Otto took a merciful approach of correcting John like loving fathers do when they haven’t been deprived of custody of their children. Otto declared:

“He is a child,” he said, “He will easily shift his ways under the influence of good men. I will hope for his honest change of heart, brought about by kind persuasion, so that he may easily lift himself out of these vices. … let us meet the lord Pope for a fatherly rebuke. If not through his own will, at least through his sense of shame he will transform himself into a perfect man. In this way, perhaps, forced to take on good habits, he will feel ashamed to become accustomed to them all over again.”

College sex-crime tribunals should learn from the liberal, humane action of Otto the Great.

Otto not merely corrected John, but also conducted a follow-up investigation. Otto chaired a convocation in Rome of important authorities from across the Roman Empire. John was appropriately given an opportunity to testify and ask questions, but he refused to participate and fled from Rome. The authorities there described crimes that John committed beyond sexual wrongs. They revealed that John has acted as an agent of castration culture:

he killed John the cardinal subdeacon by amputating his genitals

That’s a combination of sexual violence and murder. Otto didn’t ignore these crimes because they were committed against a man rather than against a woman. At the same time, without any indication of anti-men gender bigotry, Otto questioned the truthfulness of the accusers:

I request that no accusations be cast against the lord pope for wrongdoing that has not been perpetuated by him and seen by the most trustworthy of men.

The authorities swore that John had committed the horrendous crimes of which he had been accused. They also recounted a crime for which many witnesses existed. Nonetheless, Otto gave John another opportunity to come and clear himself of these accusations.

John didn’t respond substantially to the accusations. He responded only with blustery threats. Otto the Great then consulted with Roman authorities and had them select and consecrate a new pope, Leo VIII. John in response conspired with the pornocracy to overthrow Leo. Mobilizing women is an extraordinarily powerful tactic. However, while John and a woman were having adulterous sex, the devil struck him in the temple. The devil, not surprisingly, administered long-entrenched anti-men bias in punishment for adultery. John died of that wound eight days later. The wife with whom John had sex apparently wasn’t punished.

Devilishly oppressive structures of gender inequality in criminal justice aren’t easy to overturn. With fifteen times as many men as women authoritatively held behind bars around the world, each criminal accusation of a man potentially increases the structural gender injustice. Great leaders like the tenth-century Holy Roman Emperor Otto the Great took extensive care to ensure that accusations of rape and other serious crimes against Pope John XII were true. Adjudicators of accusations against men should embrace enlightened justice and act with even greater care for due process and fairness today.

The above quotes are from Liudprand of Cremona, Liber de rebus gestis Ottonis magni imperatoris / Historia Ottonis {Book of the deeds of Otto the great emperor / History of Otto } Latin text from Chiesa (1998), English translation from Squatriti (2007). In some cases I’ve adapted Squatriti’s English translation to track the Latin more closely or to be more easily readable.

The first quote concerning the different types of women having sex with John is from Historia Ottonis 4. That quote implicit cites Terence, Eunuchos 2.3.25 and Juvenal Satire 6.350.

Subsequent quotes are from Historia Ottonis 4 (brothel / absence of women), 5 (he is a child), 10 (amputating genitals), and 11 (no false accusations).

Balzaretti insightful noted how Otto the Great, at age forty-three, acted as a father figure to Pope John XII, who became pope at age 18. Balzaretti (1999) p. 157. In thirteenth-century Europe, Statius’s Achilleid was part of the Sex Auctores at the core of the school curriculum. The Achilleid highlighted the importance of fathers through Chiron’s care for Achilles.

In post-Carolingian Europe castration was not a common penalty, and in the sources it is mostly found only in regions on the borders of Christendom. It was always treated as a cruel punishment suitable only for sexual offenders.

Grabowski (2015) p. 82. Given prevalent misunderstanding of the gendered pattern of sexual violence today, this dismissal of medieval castration culture is suspect. Grabowski himself notes that the Annals of Fulda reports that in 884 Zwentibold, dux of the Moravians, castrated Werinhar, son of Engelschalk, and also castrated Count Wezzilo. Grabowski notes that Thietmar’s Chronicon reports that Duke Henry I of Bavaria had castrated Engelfried, patriarch of Aquilea, and that Boleslav III, duke of Bohemia, had castrated his own brother Jaromir. Id. pp. 82-3. No sexual offenses are mentioned in any of these instances. Brave, transgressive scholars have only started to direct attention to castration culture. The full, terrible significance of castration culture isn’t yet well-understood.

Grabowski argues that Liudprand presented Pope John XII as the “ultimate monster.” The Roman authorities used that word in referring to John in pleading before Otto:

We plead therefore that the greatness of your imperial authority cast this monster, redeemed from vices by no virtue whatsoever, out of the holy Roman church, and appoint another man in his place, one who is worthy to lead us by the example of his good ways, who himself lives righteously and offers us an example by living well.

Historia Ottonis 15. Even with sensational charges against Pope John XII, Otto the Great questioned the truthfulness of witnesses, carefully investigated the matter, and gave John ample opportunities to refute the charges.

[image] crown of Holy Roman Emperor Otto the Great (with later additions of cross and arch). Preserved as item SK Inv.-Nr. XIII 1 in the Imperial Treasury at the Hofburg Palace in Vienna. Image via Wikimedia Commons thanks to MyName (Gryffindor) CSvBibra.