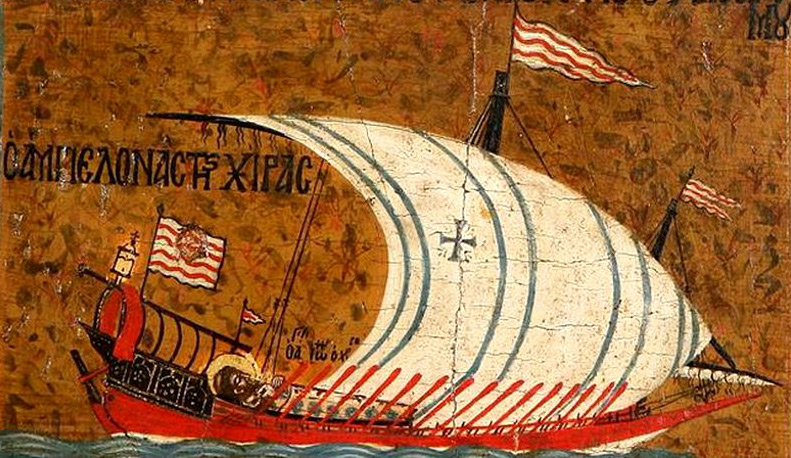 This is no country for young men. The old in one another’s Facebook feeds, the girls — that sterile generation — twittering fake wage-gap claims to macking men in bars; this me-too-too’ing will turn to dust. Caught in such frenzied solitude all neglect monuments of unageing intellect.

The young man is but disparaged thing, an oppressor with a stick, unless minds work their reach and think, and bravely think, through every failing in their reasoning. There is no thinking school, but engaged minds open to their own magnificence. And therefore we shall sail as Archpoet to the sinning city of old Pavia.

Honored Archbishop, to you I do confess,
it’s a goodly death I die, self-murder by excess:
stricken to the heart by female loveliness,
those that I cannot touch, I mentally possess.

It’s a matter most difficult, to overcome our nature,
seeing some maiden fair, keeping our minds pure;
being young how can we obey so harsh a law,
for the body’s lightness no one has a cure.

Who in the fire’s depths feels not the flame?
Who detained in Pavia, lives there without blame,
where Venus, beckoning youths to the game,
seduces with her eyes, her quarry set to tame?

Put down Hippolytus in Pavia today,
there’d be no Hippolytus the succeeding day.
To love, beneath the sheets, leads every single way;
among all those towers, Truth hasn’t place to stay.

Where can Truth abide? Medieval Latin lyrics explain fundamentals of the cosmos.

The gods drew out of the ancient mass the form of physical things, which mindfully unfolded and constructed the connected systems of the world. Nature had already preconceived what she would create.

Nature stirred into action the causal agencies of the world-structure. Thinking at length about our young woman, she adorned her more, provided her more honor, and bestowed her as a privilege and reward for labor.

In this young woman more than in all the rest of creation, Nature’s handiwork sparkles. She bestowed so many gifts of her favor on no other. This woman she exalted beyond the rest.

And Nature, who in her miserly way usually apportions one gift apiece to each young woman, eagerly expended beauty’s gifts on her more abundantly and unstintingly.

Graced with utmost loveliness by Nature’s ardor, her brow rivals the lily. It is white as snow and disfigured by no wrinkles. Her artless, darling eyes flash with the brilliance of stars.

She draws to herself lovers’ every glance, as she promises a remedy in the modest playfulness of her laughter. Twin arches separate her eyebrows.

From the boundary of her eye, in a judgment of restrained balance, the projection of her nose extends charmingly and with a certain restraint. It does not rise up unduly nor is it abnormally flat.

She entices with the sweet words and kisses of her gently swelling lips. The fragrance of nectar is infused into her rose-colored mouth. Her row of teeth sit evenly, white as ivory, matching the radiance of snow.

Her breast, chin, neck, and checks rival snow and glow gently, but to prevent them from fading into pallor with excessive whiteness, Nature rather cleverly tempers this brilliance in advance by marrying the rose with the lily, so that out of these two arises a more suitable and graceful combination.

This is a description of objective Truth. Every woman, variously colored and shaped, is that woman in the eyes of a man who loves her. So was Flora, a well-known woman of old Pavia.

She herself restored me to life!
It turned out happily, happened beyond the hope
of my miserable mind;
when she totally gave herself over
to the influence of Venus,
Venus in the heavens
burst out laughing
from her rejoicing star.

My longing is no little hindered
when my chest can scarcely contain the joy
that I feel,
when Flora revives me with
talk of Venus,
when I devour the honey as she entices
with the gift of her kiss.

I often recall moving freely
over her soft breast, and so to beings above
adding myself to their number.
I shall rule over all, blissful again
if I caress,
as I desire, her tender breast,
touching it freely.

What is past, or passing, or to come is life, continuing in a chain of being coupled. If sick humanity is not to die in global love cooling, we must never place ourselves outside of Nature. We must remain able to conceive as persons did in old Pavia. 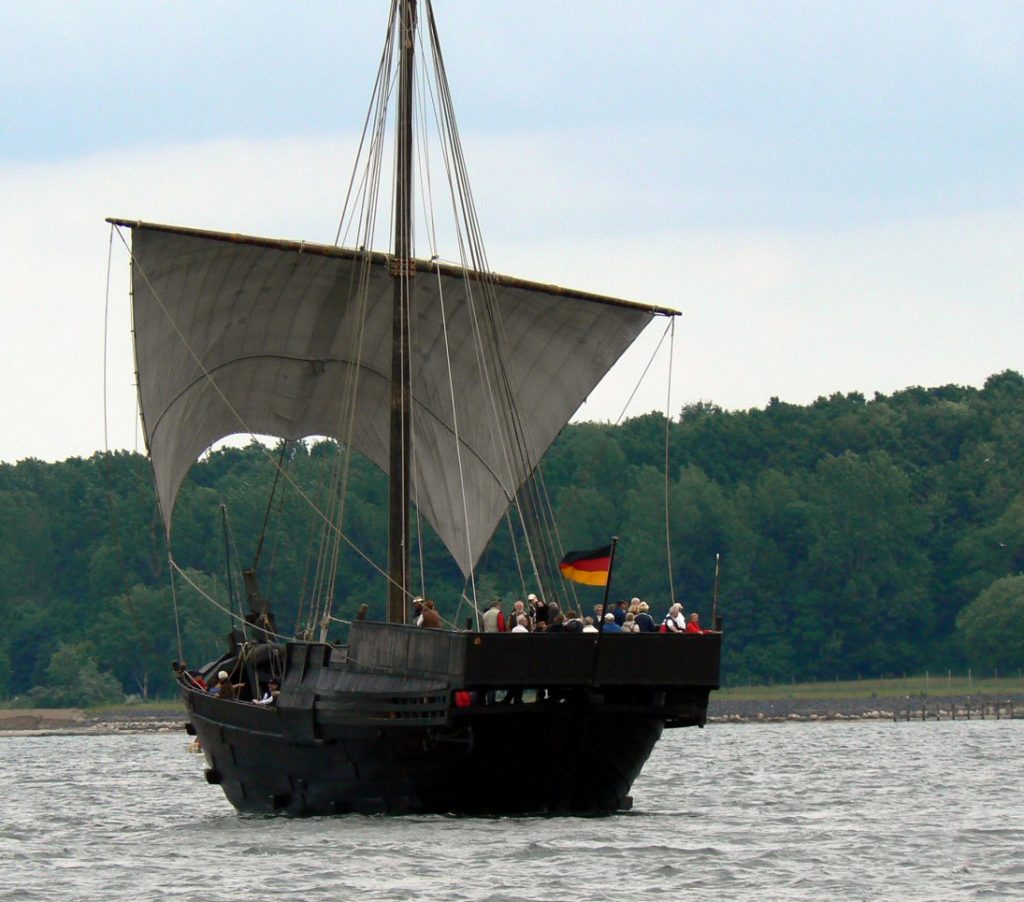 The above post is in part a parodic response to William Butler Yeats’s famous poem, “Sailing to Byzantium,” first published in 1928.

Medieval Pavia was associated with the pleasures of love. In his late-eleventh-century chronicle, Landulf Senior (Landulf of Milan) recited a learned saying: “Milan for clerics, Pavia for pleasures, Rome for buildings, Ravenna for churches {Mediolanum in clericis, Papia in deliciis, Roma in aedificiis, Ravenna in ecclesiis}.” From Historia Mediolanensis 3.1, cited in Morgan (2018).

The first quote is from a poem known as the Archpoet’s Confession, “Estuans intrinsecus ira vehementi {Deep inside me I’m ablaze with an angry passion},” st. 6-9, Latin text from Hase (nd) and English translation (modified slightly) by A. S. Kline. This poem has survived as Carmina Burana 191. Here’s A.Z. Foreman’s English translation, with notes.

The Archpoet probably spent considerable time in Pavia with his patron, Rainald of Dassel, Archchancellor of Italy. Pavia was a chief ally of the Holy Roman Emperor Frederick Barbarossa in a bitter fight over papal succession. The Archpoet apparently spent the winter of 1163 in Pavia. Godman (2011) pp. 34, 36. In an sophisticated occasional poem for the Emperor Frederick Barbarossa, the Archpoet lavishly praised Pavia:

The first to obey its lord has been Pavia,
a good, a superlative city, famous, powerful, pious;
it would merit being praised in local detail,
were we not now taking a short cut.

“Welcome, lord of the world {Salve mundi domine}!” Latin text and English translation from Godman (2011) p. 32. The Archpoet wrote this poem about 1163.

As Morgan points out, the Archpoet’s Confession builds in part on Ovid’s Amores 2.4:

I haven’t the strength or will to control myself;
I am swept away like a ship driven by fast-moving water.
There is no particular beauty that provokes my love:
I have a hundred reasons to be constantly in love!
…
Keep silent about me, who is enamored by anyone I touch;
put Hippolytus in my place and he’ll turn into Priapus!

The second and third quotes are from “A globo veteri {An ancient mass},” st. 1a-5a, Latin text and English translation (modified slightly) from McDonough (2010) pp. 16-23. The poem’s last stanza is 5b, which is available here. That stanza identifies the described marvel of Nature as specifically the young woman Coronis. This poem has survived as Arundel Lyrics 4 and Carmina Burana 67. It’s plausibly attributed to Peter of Blois and dates to about 1170.

“A globo veteri” has a significant textual problem in the fourth line of its first stanza. The problem has been resolved in a greatly under-appreciated, glorious article of humanistic scholarship:

If we read mundi que, we are left with faciem as the improbable antecedent for que. If, on the other hand, we read mundique we place the perfect indicatives explicuit and texuit alongside the pluperfect subjunctive traxissent. Meyer sought a third solution by placing a colon after superi, reading mundi que, and taking Natura to be the postponed antecedent of que. Meyer’s text is open to the objections that the strong pause after superi is unnatural and that the postponement of the antecedent is very awkward in this sentence. Odd, too, is the sequence of tenses — perfect in the relative and then pluperfect in the main clause. Schumann reads mundique and continues his cum-clause to Natura. … The principal objection to Schumann’s text is that it makes the author of this elegant masterpiece guilty of extremely awkward Latin. The shift from the pluperfect subjunctive to the perfect indicative with the cum-clause is a glaring solecism. Moreover, with Natura relegated to the cum-clause, the main verb, preconceperat, is left without an obvious subject. Natura is by no means easily supplied from the cum-clause. The sentence printed by Schumann could come only from the pen of an ignorant and incompetent writer, whereas the learned allusions in the first stanza itself and the elegance and sophistication of the rest of the poem clearly characterize our poet as a man of refined education and unimpeachable Latinity.

Traill (1988) pp. 149-50. McDonough’s Latin text follows Traill’s prefered text, but McDonough’s translation seems to me not to reflect Traill’s insight with respect to the allusion to Bernard’s Cosmographia. I’ve attempted to follow Traill’s learning in the translation above. Traill more generally explains:

In an amusing conceit, he {the author of “A globo veteri”} suggests that Nature was thinking not about man {humanity} in general, but about his puella {young woman} in particular.

Id. p. 151. I broadly follow that insight above. “A globo veteri” is much more sophisticated than a conventional descriptio puellae. It is a poem written by a scholar for a scholarly audience. Id.

The final quote comprise “Ipsa vivere michi reddidit,” Latin text from the Latin Library, my English translation benefiting from that of McDonough (2010) pp. 15, 17. The Latin text of id. has the same words, but different lineation of the stanzas. This poem survives as Arundel Lyrics 3.

[images] (1) Galley carrying the body of John Chrysostom (died 407 GC) from Komana (Cappadocia) to Constantinople,the capital of Byzantium. Detail from an icon from Kimolos Island in the Aegean Sea. Source image thanks to Bogdan and Wikimedia Commons. (2) Hansekogge replica of the fourteenth-century Bremen cog. Source image thanks to VollwertBIT and Wikimedia Commons.

One thought on “sailing to old Pavia as Archpoet: an eternal truth about humanity”