Alone in bed, her black hair untied across her pillow, she laments the white snow piling up in it. The open-faced puppeteer moves with her, their gestures double, her loneliness is his loneliness. 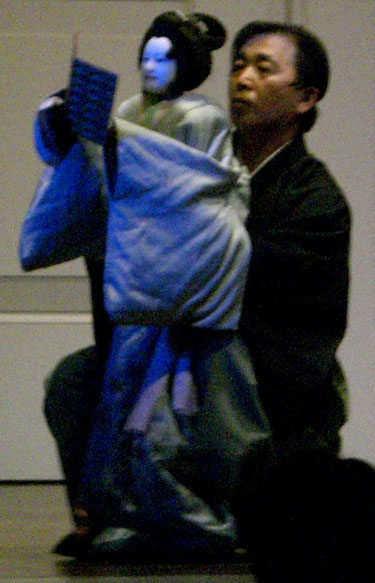 Nishikawa Koryu V performed puppetry for the song Kurokami (Black Hair) using Hachioji kuruma ningyo at the Freer Gallery yesterday. His face was exposed as he controlled the puppet and moved with the puppet. The doubling of the puppet and the puppeteer was a beautiful aspect of the performance.

3 thoughts on “puppet and puppeteer”