An influential 1995 scholarly article debuted the Modern Sexism Scale.  That article began ominously in the first sentence of its abstract:

Prejudice and discrimination against men, in contrast, is blatant and overt.  Discrimination against men is written explicitly in sexist Selective Service registration rules.  International measures of gender gaps in lifespan naturalize and explicitly ignore men’s lifespan disadvantages.  Men have no reproductive rights.  Men are imprisoned for nothing more than having consensual sex and being unable to pay government-imposed sex payments (“child support”).  Men face enormous gender disparities and discrimination in child custody awards. 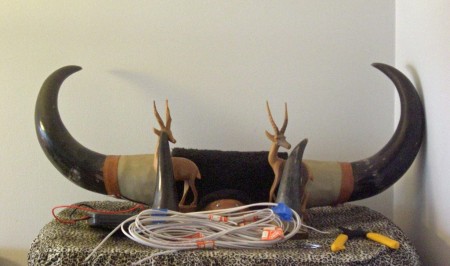 Sexism is further measured by presenting subjects with statements.  Subjects respond to the statements using with five choices of agreement ranging from strongly agree to strongly disagree.  If the statement is essentially sexist, as determined by the credentialed authority administering the examination, then intensity of agreement is coded increasing from 1 to 5.  If the statement is essentially correct-thinking non-sexism, then intensity of disagreement is coded increasing from 1 to 5.  Statements of direct and reverse coding for sexism help to encourage thoughtful responses.  The integer codes for responses are added up to label just how sexist the respondent is.

Intermediate values of MSS-NMSS represent mixed beliefs and attitudes.  When in doubt, declare the person to be sexist and in need of sexist education.  Calling for more research on sexism is also favored among sexism researchers. [5]

The study that set out the Modern Sexism Scale linked sexism and racism.  Racism in the U.S. arose from a history of chattel slavery and pervasive racial segregation.  There is no such history of sexism.  Across all the generation of human beings, men and women have lived together, intimately related, and worked together to raise children.  Being oblivious to that reality, like administering only the Modern Sexism Scale, indicates extreme sexism.

Respondents were 418 women and 265 men from an introductory psychology course who received extra credit for their participation. Nearly all respondents were European-American.

Four hundred seventy-seven women and 311 men completed the racism and sexism questionnaires for extra credit in their introductory psychology course. Nearly all respondents were European-American.

[5] Wikipedia lists sixteen different scales to measure to sexism, gender bias, and beliefs about gender.  Many more could be created to satisfy different prejudices of different researchers.  The World Values Survey provides a leading example of a sexist measurement of sexism.