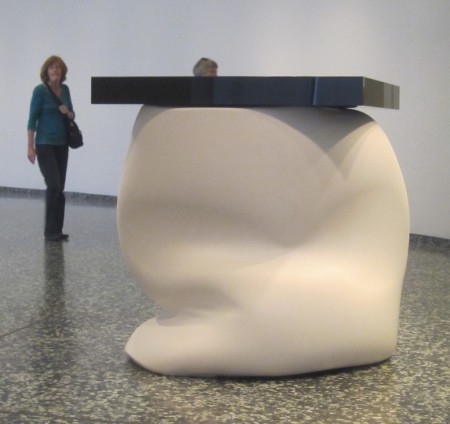 The intellectual quality of most scholarly journal articles is astonishingly bad.  That makes sense.  Journal articles typically represent many hours of intellectual labor.  Most journals prevent most people around the world from accessing the scholarly work in them.  Persons who contribute to journals obviously aren’t primarily interested in sharing knowledge.  They’re interested in doing whatever is necessary to get published.  That’s a problem of social approval within an established social-status hierarchy.  Moreover, journal articles typically have a highly conventionally form strongly influenced by old print technology.  Persons who write in that form lack appreciation for innovation.  Persons whose intellectual labor is oriented toward journal publications naturally produce dull work, in all the various meanings of dull.

Many dull scholarly authors are highly capable intellectually.  The primary problem is bad academic cultic culture.  Consider law reviews.  Gender and sexuality are fashionable topics for law review articles.  Nonetheless, very few law review articles address the imprisonment of men for inability to pay large monthly financial obligations (“child support”) legally imposed on men for having done nothing other than have sex of reproductive type.  While equal protection arguments are common in law reviews, very few law review articles address the systemic discrimination against men in family court decisions on child custody and financial obligations.  The legal problems of undue influence, misrepresentation, and mis-service in the legal establishment of paternity are ignored in law review articles.  The cultic culture of the legal academy and its highly rigid status hierarchy strongly circumscribe legal deliberation.

Work on cultural cognition insightfully elaborates the cultic effect.  Consider the journal article, “Culture and Identity-Protective Cognition: Explaining the White Male Effect in Risk Perception.”[1]  The lead author of this article is a highly respected scholar now studying problems in democratic communication of scientific research.  While this article is freely available online, it was obviously written to prevail through peer review and get published in a journal.  Here are the sentences of the concluding two paragraphs of the article, interspersed with extra-cultic comments.

That seems to be meant as a punchy, dramatic statement.  It reprises the first sentence of the article: “Fear discriminates.”  Yup, people tend to be more fearful of snakes than of cute babies.

But it does so in a more even-handed way than had been previously realized.

Women and minorities are more fearful of various risks, but the reason they are is that men, particularly individualistic and hierarchical white ones, tend to be more fearful of the threat to their identities that would occur were the law to accept that activities essential to these individuals’ identities are dangerous and worthy of regulation.

Tendentious abstractions deployed in race-gender posing.  This work seems to be in the spirit of addressing men’s much higher prevalence of violent injury by pathologizing masculinity.

White hierarchical and individualistic men are not the only ones, moreover, impelled toward extreme stances toward risk by identity-protective cognition. The phenomenon is ubiquitous.

Persons, by a wide variety of strategies, seek to defend extra-personal values.  Everyone understands that in their ordinary social behavior.  Social scientists, on the other hand, sometimes lack self-consciousness of their own capabilities for rationalization.

These findings solve many long-standing theoretical puzzles about the nature and significance of variance in risk perception.

However, they also expose a host of new practical and moral challenges for reconciling the rational regulation of risk with democratic decision making.

Complex selfie.  Paraphrase: how to get the rabble to respect and ratify my reasoning as authoritative.  The main empirical claim of the article seems to be that “high cultural status anxiety” prompts less fear of risk.  That seems to be related to “nothing left to lose” folk wisdom.  In any case, law professors tend to have high cultural status anxiety.[2]  That anxiety is likely to increase as more persons rationally scrutinize the costs of attending law school versus the benefits.  Contrary to the article’s claimed ubiquitous behavioral relationship, law professors tend to be highly risk-averse in their intellectual and discursive practices.

The academic science of cultural cognition is rife with scientism.

[1] Kahan et al. (2007).  This work is part of the large and rich Cultural Cognition Project at Yale Law School.