So how does the World Values Survey generate data for measuring sexism?

The journal Psychological Science recently published a study that used two questions from the World Values Survey to measure sexism.[2]  Those questions were:

These alternative questions provide important evidence about institutionalized sexism such as sexist selective service registration and sexism in child support and child custody rulings.  Such anti-men sexism is so deeply ingrained that many social scientists at leading universities around the world don’t even consider it sexism.

Because biological evolution has shaped human capabilities for social communication, don’t expect any socially influential group to consider these alternative questions except in the most extreme circumstances. 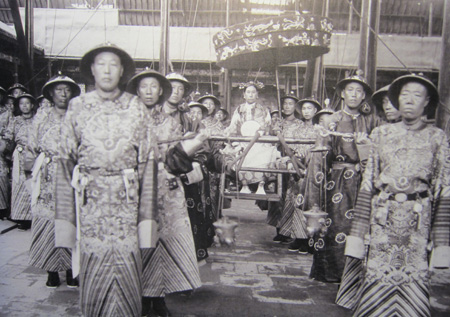 Theory here refers to the contemporary social-scientific practice of giving a general assertion a technical name and then calling it a theory.  If other scholars refer to it, claim to test it, and argue about it, then it is a successful theory in academic terms.

Individual beliefs don’t stay confined to the person who has them; they can affect how a society functions.

That sentence’s substance is the scholarly construction of the concepts “individual beliefs” and “society.”  The value of such scholarly work is apparent from the Brandt (2011)’s first sentence:

Sexist ideologies have been classified as hierarchy-enhancing legitimizing myths that justify the creation of inequality (Sidanius & Pratto, 1999).

Brandt (2011)’s actual technical analysis deserves no intellectual credibility.  The article reports finding “consistent with {the author’s} prediction” (what a chance occurrence that such a result would be reported and published!) that “greater sexism predicts decreases in gender equality over time.”  Careful reading of the article reveals that this effect was found over a period of two to four years. Do you really believe that changes in gender equality can be meaningfully measured across the relatively short time of two to four years?  Since Brandt (2011)’s analysis is quantitatively symmetric, its finding could also be stated as “lesser sexism predicts increases in gender equality over time.”  In a cross section, some country will always have lesser sexism.  Norway has long been regarded as a country with relatively little sexism.  Can gender equality in Norway continue to increase over time?  How does gender equality continue to increase once the genders are measured as equal?

The article’s quantitative analysis is largely meaningless. Its findings relate to statistical significance, which may be totally unrelated to quantitative significance.  Moreover, the quantitative significance of a given change in any of the variables used in the study is very difficult to judge, because all three variables used (sexism measure, gender inequality measure (GEM), and human development index (HDI)) are transformed aggregations far removed from meaningful, observable quantities.  Nonetheless, the article appears to take pride in using “full-information maximum-likelihood estimation” applied to these transformed aggregations.  The article doesn’t mention that the gender inequality measure (GEM) is constructed from sub-indices measuring the share of seats in parliament held by women; the share of women legislators, senior officials, and managers; the share of women professional and technical workers; and the ratio of estimated female to male earned income.  Responses to the questions measuring sexism are likely to be shaped by respondents’ observing facts included in the GEM.  What such correlations imply for interpreting Brandt (2011)’s findings is far from clear.

Brandt (2011) provides meager reporting of quantitative analysis.  Details of the regressions supporting the article’s findings aren’t reported.  Also not reported are specification tests of the specification chosen.  Brandt (2011) seems oblivious to the large critical literature on Granger Causality.  That literature directly relates to Brandt (2011)’s analytical claim.  The article shows no serious evaluation of its own technical claims.

A person with econometric experience and some knowledge of Granger Causality tests might suspect that, with a few hours of econometric work, she could produce the opposite of Brandt (2011)’s findings.  I believe that I could do that.  However, such an exercise strikes me as tedious and a complete waste of time. Informed readers should recognize within a few minutes that Brandt (2011) is intellectually hollow.

Despite Brandt (2011)’s grave intellectual weaknesses, the press release issued announcing its findings seems to me to suggest a need for totalitarian re-education camps:

“You could get the impression that having sexist beliefs, or prejudiced beliefs more generally, is just an individual thing—‘my beliefs don’t impact you,’” Brandt says. But this study shows that isn’t true. If individual people in a society are sexist, men and women in that society become less equal.

“Gender inequality is such a tough beast to crack because there are so many contributing factors,” Brandt says. Policies can contribute to inequality—and some countries have insured some measure of equality by mandating that some number of seats in the legislature be reserved for women. But this study suggests that if the goal is increased equality, individual attitudes have to change.

The Association of Psychological Science had membership as of 2008 numbering more than 20,000 psychologists.  It describes its journal Psychological Science as “the highest ranked empirical journal in psychology.”  That a leading scholarly journal would publish Brandt (2011) and the associated press release is a shameful intellectual failure.

2 thoughts on “sexism in the World Values Survey”