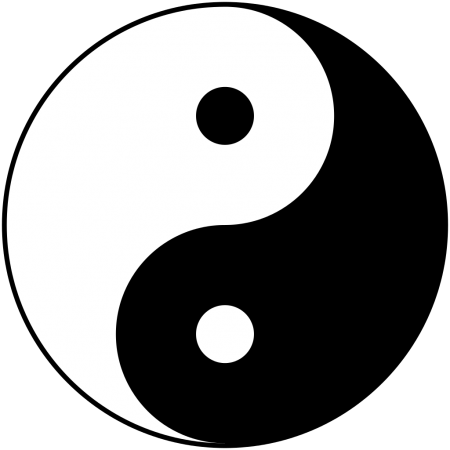 Child-support laws give a man facing unplanned parenthood a strong financial incentive to coerce the mother of the fetus/unborn child into having an abortion. If she doesn’t have an abortion, the state could forcibly confiscate about a third of his pre-tax income (that’s called “child support“) for at least the next eighteen years.[1] That’s a crushing financial burden. Tens of thousands of men in the U.S. are jailed for not making these forced financial fatherhood payments. Given that completely and effectively criminalizing abortion coercion is infeasible, reproductive choice for women necessarily depends on reproductive choice for men.

Men deprived of formal, legal reproductive choice have a variety of informal, legal means for pressuring a woman to have an abortion. A woman often cares greatly about the man who contributed sperm to her pregnancy. If he’s unhappy about the pregnancy, she’s likely to be unhappy about it, or become unhappy about it. If she can make her man happy again by having an abortion, she might have one, just as loving persons might have sex with each other even when one lover doesn’t want to have sex. A man can explicitly implore a woman to have an abortion. If she truly loves him, she might do it for him.

Men’s informal, legal means for pressuring a woman to have an abortion include men declaring actions that they can choose. A man can tell a woman that if she doesn’t have an abortion, he will never again have sex with her, or never again talk to her. He can declare that he will walk out of her life if she allows forced financial fatherhood to be imposed on him.[2] Moreover, as slave-owners knew, harsh punishment often isn’t sufficient to produce a good worker. A man angry and demoralized with the grotesque anti-men injustices of family courts might transfer far less material resources to a woman than a man not made subject to forced financial fatherhood. After all, jailing a man for not paying “child support” makes is much harder for him to earn money to give to the woman.

As social beings, humans don’t make choices as abstract individuals. Humans’ relations are particularly important for choices closely associated with human relations. Consider, for example, Audrey in seventh-century England. King Egfrid sought to marry her. He offered her great riches if she would marry him. In an age when ordinary men and women had brutally difficult lives, Audrey wanted to remain a virgin. She opposed marrying even a king:

She resisted him with all her might
for the sake of God to whom she had given her heart.
In fact, she was burdened by his request
and distressed by his offers.
When she could not succeed in discouraging him,
she went to plead with her family.
However, her relatives so insisted on the marriage
that finally there was no way she could refuse.
Quite against her will,
then, the virgin agreed to the marriage.
Thus, in the seventh year after her father, Anna,
had been killed, on the advice of her loved ones
but without consent of her heart,
the virgin accepted this marriage. [3]

In medieval Europe, a valid marriage didn’t exist if either spouse didn’t agree to it. Against her will, Audrey agreed to the marriage and accepted it because her family strongly favored it. But she didn’t consent to it in her heart. If her husband were able to read her heart, and if he were subject to current campus sex regulations, he would be guilty of sexual assault if he had sex with her. The issue never arose. Audrey insisted on a sexless marriage. Her husband King Egfrid accepted, against his will, sexless marriage with Audrey.

Prominent public voices addressing abortion coercion urge more extensively criminalizing men and more public support for pregnant women. According to today’s authorities on public health and violence, a man, unmarried or married, refusing to have further sex with a woman if she makes him subject to forced financial fatherhood could be regarded as engaging in reproductive coercion. Given the amazingly broad scope of domestic violence law, he could be committing domestic violence against her if he walks out on her or gets angry at her for forcing financial fatherhood upon him. If he causes her to be emotionally distressed because he is emotionally distressed by the prospects of forced financial fatherhood, he could be charge with domestic violence. A man facing unplanned parenthood and forced financial fatherhood is supposed to act as if his life doesn’t matter to him. If, after learning of a pregnancy, he pressures the pregnant woman to have an abortion, he can be prosecuted as a criminal under abortion coercion laws.[4]  Persons who promote criminalizing abortion coercion typically call themselves pro-life. They typically show no concern for men’s lives.

Persons who call themselves pro-choice typically show no concern for men’s choices. Pro-choice persons usually oppose abortion coercion laws because such laws require the abortion provider to ask the woman whether she is being coerced into having an abortion. Such questioning could be burdensome and deter women from having abortions. Pro-choice persons favor providing a pregnant woman with as much help and support as she wants either to have an abortion or to give birth to a baby.

No one advocates providing support for men who want to have hetero-sex and not be at risk for forced financial fatherhood. Unlike providing all-encompassing support for pregnant women to do whatever they want with a pregnancy, freeing men from forced financial fatherhood costs little and is easy to do. All that is required is a change in law, or recognizing for men a constitutional right like that now recognized for women. If pro-choice advocates wanted to give women more freedom in choice concerning abortion, they would advocate reproductive choice for men. Pro-choice advocates typically say nothing about choice for men.

More than four decades of bitter public discussion about abortion provides an appalling spectacle of gynocentric society. Enacting choice for men would reduce the extent to which women are coerced into having abortions. Enacting choice for men would make choice for women more free. Instead, gynocentric society favors grotesquely enlarging the criminalization of men and expanding the transfer of resources from men to women, irrespective of women’s choices. Anyone who favors choice for men tends to be regarded publicly as a lunatic. Democratic societies have thus achieved Soviet-quality intellectual life.[5] The only rational, truthful persons are those labeled insane.

[2] The extent to which women have abortions to please intimates or family members or in response to personal pressure is a matter of some dispute. A sample of women seeking abortion at U.S. abortion facilities between 2008 and 2010 were asked about their reasons for having an abortion. Among reasons given, including possible multiple reasons, 31% of the women gave partner-related reason for deciding to have an abortion. Chibber et al. (2014) pp. e133-4. Among women who had an abortion at a U.S. hospital in 1994, 64% affirmed that they “felt pressured by others” to have the abortion. Rue (2004) p. SR9, Table 4. Given the mendacious, anti-men bigotry that pervades study of domestic violence, any study that conflates domestic violence and abortion coercion lacks credibility. In addition, discussions of abortion coercion that frame the issue as men bullying women show contempt for men’s lives.

[4] Michigan illustrates the possibilities for unlimited criminalization of men under the guise of criminalizing abortion coercion. Michigan House Bill No. 4787, introduced on July 14, 2015, proposes to add section 213a to the Michigan Penal Code (MCL 750). The proposed additional criminal law states in a part:

Sec. 213a. (1) A person having actual knowledge that a female individual is pregnant shall not do any of the following with the intent to coerce her to have an abortion against her will: …
(b) After being informed by a pregnant female that she does not want to obtain an abortion, any of the following: …
(iv) Engage in coercion as that term is defined in section 462a.

(b) “Coercion” includes, but is not limited to, any of the following:
(i) Threatening to harm or physically restrain any individual or the creation of any scheme, plan, or pattern intended to cause an individual to believe that failure to perform an act would result in psychological, reputational, or financial harm to, or physical restraint of, any individual. …

Threatening to no longer have sex with a woman if she doesn’t have an abortion could easily be encompassed under the Michigan proposal to criminalize abortion coercion (psychological harm). Criminalizing abortion coercion in this way amounts to forcing men to have sex against their will. That’s raping men. But men getting raped is of little public concern.

The terms “coerce” and “force” do not include or encompass constitutionally-protected speech, conduct, or expressions of conscience.

[5] Consider, for example a clinical-scholarly work on “reproductive coercion.” It begins:

Reproductive coercion (RC) is a type of intimate partner violence (IPV) that involves exerting power and control over contraceptive and/or pregnancy choices and outcomes.

Park et al. (2016) p. 74. Amid the acronym babble, the phrase “power and control” comes from the socially dominant, anti-men gender-bigoted Duluth model of domestic violence. One way that a man can exert “power and control” over an intimate partner’s pregnancy choice to get pregnant with him is not to have sex with her. Withholding sex to avoid forced financial fatherhood is thus called reproductive coercion / intimate partner violence. Park et al. (2016) concludes:

RC {Reproductive Coercion} is a form of partner violence that is prevalent in adolescents and adults, in heterosexual and same-sex relationships, and in those with or without a history of physical or sexual violence. … Finally, additional studies of RC in certain vulnerable populations (ie, adolescents, the LGBT community), as well as coercive behaviors of women toward reproductive choices of men, should become a higher priority. With further education, assessment, intervention, and research, RC can be reduced to improve the reproductive health of women.

Id. p. 77. Violence, defined to include the all-encompassing jargon term “reproductive coercion,” is claimed to be prevalent, even among adolescents and homosexuals. Increase the number of police, arrests more men, and build more prisons! The men violently held in prisons can be treated by white-coated doctors (three of the four authors of id. list MD after their names). For those interested in rational scholarship, reproductive coercion isn’t prevalent among non-human primates. The penultimate sentence of id. declares that “coercive behaviors of women toward reproductive choices of men” should have a higher priority in study. The study then concludes with a call for improving the reproductive health of women. That’s a cant term for improving women’s access to abortion. As for the “reproductive choices of men,” men have no reproductive rights whatsoever. That reflects not the coercive behavior of particular women toward particular men, but gynocentrism and the overall Soviet quality of current U.S. intellectual life.

[image] Yin-yang symbol or Taijitu. According to Wikimedia, this symbol “reflects the inescapably intertwined duality of all things in nature, a common theme in Taoism.” Thanks to Gregory Maxwell and Wikimedia Commons.