The 2010 National Intimate Partner and Sexual Violence Survey (NISVS) found that 1.1% of non-incarcerated men were forced to have sex with another person in the past year.  Defining rape victimization with the gender-neutral concept of being forced to have sex (including being “made to penetrate”), NISVS found that 1.1% of men and 1.1% of women were raped in the past year among persons outside of jails and prisons.[1]  When is the last time you heard that roughly equal numbers of non-incarcerated men and women are raped?  When is that last time you heard any concern about rape of men? 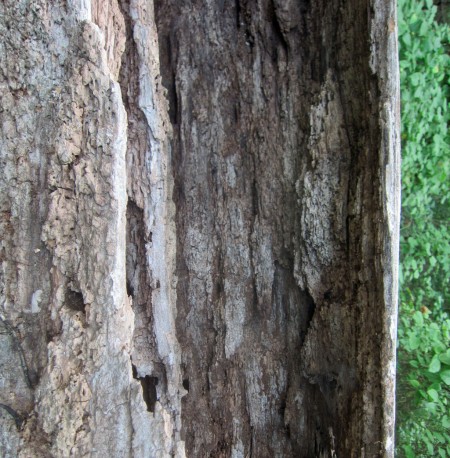 NISVS buried the facts about rape of men.  The executive summery of NISVS’s summary report listed as its first key finding:

These statistics don’t include men “made to penetrate” sexually another persons.  NISVS found a lifetime prevalence of men raped in that way to be 4.8%.[3]  Moreover, NISVS asked participants to recall sexual victimization across their whole lifetime and across the past year.  Lifetime recall is much more likely to be faulty and biased than past-year recall.  For example, regretted sex can be rationalized over time in memory as drunken sex.  NISVS classifies drunken hetero-sex as rape of the woman.  The best, non-gender-biased rape measure from NISVS is that 1.1% of women and 1.1% of men were raped in the past year.  Those key statistical findings are nowhere compellingly communicated in the NISVS summary report.  The National Center for Injury Prevention and Control within the U.S. Centers for Disease Control and Prevention administered NISVS and publicly reported its results.  Burying the facts about rape of men shows anti-men bias shaping public communication of an expert, government agency.

Anti-men bigotry combines with farce in a recent scholarly article.  The scholarly article, entitled “The Sexual Victimization of Men in America: New Data Challenge Old Assumptions,” was published in the prestigious American Journal of Public Health.  It begins thus:

The sexual victimization of women was ignored for centuries.  Although it remains tolerated and entrenched in many pockets of the world, feminist analysis has gone a long way toward revolutionizing thinking about the sexual abuse of women, demonstrating that sexual victimization is rooted in gender norms and is worthy of social, legal, and public health intervention. [4]

The survey {NISVS} found that men and women had a similar prevalence of nonconsensual sex in the previous 12 months (1.270 million women and 1.267 million men).  This remarkable finding challenges stereotypical assumptions about the gender of victims of sexual violence.  However unintentionally, the CDC’s publications and the media coverage that followed instead highlighted female sexual victimization, reinforcing public perceptions that sexual victimization is primarily a women’s issue. [5]

We have interrogated some of the stereotypes concerning gender and sexual victimization, and we call for researchers to move beyond them.  First, we question the assumption that feminist theory requires disproportionate concern for female victims. [6]

Finally, a gender-conscious analysis of sexual victimization as it affects both women and men is needed and is not inconsistent with a gender-neutral approach to defining abuse.  Indeed, masculinized dominance and feminized subordination can take place regardless of the biological sex or sexual orientation of the actors. [7]

[1] Basile et al. (2011) pp. 18-9, Tables 2.1 and 2.2.  These results are based on non-incarcerated persons’ statements about sexual victimization in response to survey questions.  They are not findings of rape under criminal law.  Rape in NISVS includes “completed forced penetration, attempted forced penetration, or alcohol/drug facilitated completed penetration.”  The statistics cited above add to the NISVS “rape” category the sexual violence of men “made to penetrate” sexually another person.

Because the United States disproportionately incarcerates Black, Hispanic, low-income, and mentally ill persons, accounting for the experience of the incarcerated population will help researchers and policymakers better understand the intersecting factors that lead to the sexual victimization of already marginalized groups.

Id. p. e25.  The article thus fails to mention that men are highly disproportionately incarcerated.  About ten times more men are currently held in U.S. prisons and jails relative to women there.  Gender-biased understandings of crime, such as gender-biased understanding of the crime of rape, contribute to the highly disproportionate incarceration of men.