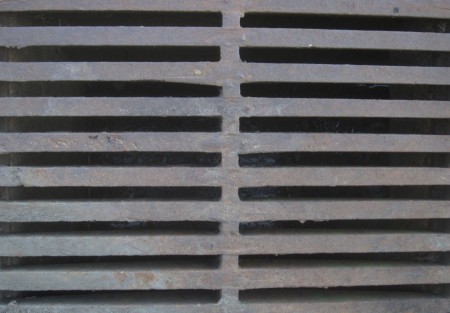 In Homer’s Iliad, a false accusation of rape forced Bellerophon to demonstrate extraordinary heroism.  Bellerophon was residing as a guest of King Proteus.  Proteus’s wife Antea lusted for Bellerophon.  Bellerophon refused her sexual advances.  Antea then told Proteus that Bellerophon was attempting to seduce her forcefully.  She urged Proteus to kill Bellerophon.  However, in ancient Greek ethics, killing a guest is immoral.  Without giving Belleropon a hearing, Proteus sent Bellerophon to Antea’s father Lycia with a private message requesting Bellerophon’s death.  Lycia sent Bellerphon on tasks intended to bring about his death.  Bellerophon killed the fire-breathing monster Chimaera with the heat of her own breath, he defeated the fiercely violent Solymanas tribe, and he overcame the Amazons.  Bellerophon also wiped out an ambush that Lycia himself set with his strongest men.  Lycia then embraced Bellerophon as a son.[2]  Few men would have the strength to overcome such mortally dangerous obstacles to earn basic human acceptance.

The story of Joseph and Potiphar’s wife shows a false accusation of rape ultimately failing to overcome blessedness.  Joseph, sold into slavery by his brothers, became a slave in the house of the Egyptian Potiphar.  Potiphar was the Pharaoh’s captain of the guards.  Potiphar’s wife became infatuated with Joseph.  “Lie with me. Lie with me!” she ordered him.  He refused.  He could not report this workplace harassment to the HR Department’s EEOC Officer, because that didn’t exist in ancient Egypt.  So he fled, leaving behind Potiphar’s wife clutching his garment.  She took the garment to Potiphar and falsely accused Joseph of attempting to rape her.  Without giving Joseph a hearing, Potiphar imprisoned Joseph.  But God made this imprisonment work for the good of Joseph.  Joseph gained through his imprisonment key opportunities for dream interpretation.  He subsequently rose to be the Pharaoh’s chief executive.[3]  Few men have faith that they are so blessed.

The younger Egyptian brother, Bellerophon, and Joseph faced false accusations of rape in cosmopoetic literature.  False accusation of rape was also a motif in less symbolically prominent, popular literature.[4]  One such example is the Book of Sindibad / Seven Sages of Rome corpus.  This corpus became widely distributed in western Eurasia from 500 to 1500 GC.[5]  In the frame narrative of that corpus, the king’s wife propositions her step-son.  He rejects her sexual advance.  She then tells the king that his son attempted to rape her.  Without a hearing from his son, the king orders his son killed.  The king’s counselors intervene and urge restraint with cautionary fables.  The king’s wife pushes for death with competing fables.  The king vacillates:

Not this story competition, but the son finding his voice resolves the matter.  The son tells the truth of what happened to him.  The king believes the truth that his son tells him.  In various versions, the wife is then alternatively hanged, burned in a dry caldron, thrown into the sea with stone tied to her foot, or paraded through the city shamefully on an ass.[7]  But that’s not all.  In the Hebrew version, the son pardons his step-mother and “the King and the officers that were with him, and the whole nation, were happy to forgive her sin.”  The king gratefully offers to fulfill any request his leading sage, who had educated his son, makes.  The sage declares: “my petition and my request is that what is hateful unto you do not do to your neighbor, and love your neighbor as yourself.” [8]

[1] John A. Wilson’s translation of the relevant part of the story is available in Pritchard (2010) pp. 11-14 (online here).  The two brother’s names were Anubis and Bata.  The text is from the Papyrus D’Orbiney in the British Museum.  The British Museum’s summary of the story fails to mention that Bata cut off his own penis.

[3] Genesis, Ch. 39-41.  A version of the story exists in the Qur’an, Surah 12.  Over time writers developed excuses for Potiphar’s wife’s false accusation (Joseph was handsome and good-looking, he incited her, etc.)  The sex-specific aspects of the problem have also been obscured.  Goldman (1995) well illustrates these trends.

[4] Thompson (2008) provides relevant citations under the motif K2111: “Potiphar’s wife.  A woman makes vain overtures to a man and then accuses him of attempting to force her.”  This gynocentric description reflect the typical social distribution of concern.

[5] Versions in the area of the eastern Roman Empire and Mesopotamia tend to be called the Book of Sindibad.  Version in the area of the western Roman Empire tend to be called the Seven Sages of Rome.  From the fifteenth century or earlier versions of the Book of Sindibad survive in Persian, Hebrew, Syriac, Arabic, Greek, and Old Spanish.  An early western version is a Latin work called Dolopathos, dating to about 1200.  Versions subsequently appeared in all the European vernaculars.  In Europe, 40 different versions have survived in over 200 manuscripts.  Epstein (1967) p. 3.  A version exists in the 1001 Nights, across nights 578-606 (Macnaghten / Calcutta II edition).  Within the 1001 Nights, the Book of Sindibad is known as the story of the seven viziers.  Clouston (1884) provides English translations of the Persian and Arabic versions.  Scholars have argued that the original source was either Indian, Persian, or Hebrew.  See, e.g. Perry (1960) and Epstein (1967).

Clouston, William Alexander. 1884. The book of Sindibad, or the Story of the king, his son, the damsel and the seven vazirs: from the Perzian and Arabic. Privately printed.

Epstein, Morris. 1967. Tales of Sendebar. An edition and translation of the Hebrew version of the Seven sages, based on unpublished manuscripts. Philadelphia: Jewish Publication Society of America.

Goldman, Shalom. 1995. The wiles of women / the wiles of men: Joseph and Potiphar’s wife in ancient Near Eastern, Jewish, and Islamic folklore.  Albany: State University of New York Press.