While humans are thought to have invented writing only about 5000 years ago, human oral verbal communication is surely much older.  Important recent research indicates that humans across a wide expansion of Eurasia shared present-day sound-meaning verbal forms about 15000 years ago.[1]  Writing was not necessary historically to support widely dispersed, specific verbal forms that have endured for 15000 years.

Linguistic units evolve less rapidly the more frequently that they are used.  While particular frequently used words have less than a 50% likelihood of being replaced in 10000 years, most words, including important words like mother and man, have a half-life of 2000 to 4000 years.[2]  Large-scale word replacement has occurred within historical language families within the time horizon of the invention of writing.

A rhetorically complex “sea of ink” writing figure has nonetheless been conserved in specificity across a wide expanse of Eurasia for at least 2000 years.  A classical Sanskrit text records the rhetorical figure.  In English translation it is:

if the whole sea were filled with ink, and the earth made of paper, and all the inhabitants of the terrestrial globe were only employed in writing, that would not suffice to give an exact account of all the miracles Krishha has performed [3]

If all the skies were parchment, and if all the oceans ink, and the wood of all the trees were filed down to pens, it would hardly suffice to imprint, not my wisdom, but the wisdom of my teachers. [4]

The metaform of the figure invokes the expanse of the natural world as an imaginary measure of possible writing.  That metaform is the same in the Sanskrit and Hebrew texts.  The Sanskrit and Hebrew texts also share the highly specific reference to the oceans/seas being ink.  The rabbi’s parenthesis, “not my wisdom,” suggests a specifically constructed contrast within a well-known figure.  Faint echoes of the writing figure can heard in the ending of the Christian Gospel of John:

But there are also many other things Jesus did; were every one of them to be written, I suppose that the world itself could not contain the books that would be written.

Given that this writing figure was known across western Eurasia 2000 years ago, it probably was created considerably earlier.

The “sea of ink” writing figure has been conserved to the present in a wide variety of cultures.  The Qur’an, which was received in Arabia in the seventh century, contains two instances of the figure:

And if all the trees on earth were pens and the Ocean (were ink), with seven oceans behind it to add to its (supply), yet would not the Words of Allah be exhausted (in the writing): for Allah is exalted in power, full of wisdom. [5]

In the eleventh century, the rhetorical figure appeared in a liturgical poem that a rabbi composed in Aramaic for the Jewish holiday Shavous.[6]  By the thirteenth century, the figure was known across western Eurasia in a wide variety of languages.  Although rarely occurring relative to words like “mother,” the figure has been conserved to the present in a wide range of contexts.[7]

Professional self-understanding and self-interest of writers probably helps to explain the “sea of ink” figure’s longevity.  Religiously important writings conserve common culture.[8]  After the rhetorical figure was included in Jewish religious writings and the Qur’an, it would last as long as these religions.  But the earlier history of the figure, and its geographically widespread instantiations in non-religious contexts, still needs explanation.[9] The figure presents writing as an important function within the natural world.  It describes writing as a natural measure of great acts.  The figure is thus suited for scribes affirming, with the solidarity of a common form, their professional importance. 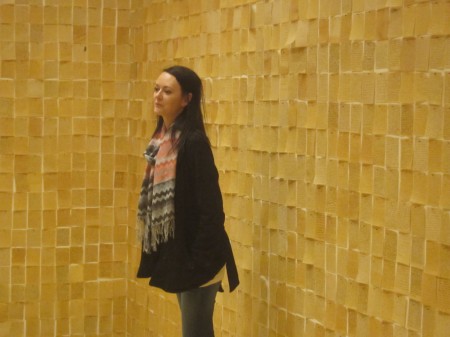 A late nineteenth-century American public intellectual wrote an insightful parody of this figure.  He dropped the object of praise to reveal self-interest:

If all the trees in all the woods were men,
And each and every blade of grass a pen;
If every leaf on every shrub and tree
Turned to a sheet of foolscap; every sea
Were changed to ink, and all the earth’s living tribes
Had nothing else to do but act as scribes,
And for ten thousand ages, day and night,
The human race should write, and write and write,
Till all the pens and paper were used up,
And the huge inkstand was an empty cup,
Still would the scribblers clustered round its brink
Call for more pens, more paper, and more ink. [10]

That’s a biting satire on the still prevalent scholarly practice of concluding a scientific journal article or research report with a call for more research.  Professional self-interest in writing goes all the way back to the origins of writing.  Yet alternatives remain: curiosity, entertainment, whimsy, and hope.

[3] From the Sanskrit legend of the Ten Avatars (Malabar version), concerning Vishnu in his eighth avatar appearing as Kishna, cited in translation, Linn (1938) p. 952.  I’ve made minor stylistic adaptations.  A similar figure exists in the Vasavadatta, the oldest known romantic novel in Sanskrit. Id. p. 953.

[6] The poem is the Akdamut.  Rabbi Meir bar Yitzchak (“Nehorai”) composed it in Worms, Germany, in the eleventh century.  Hoffman (2009) provides historical context and an English translation of the Akdamut.

[7] Linn (1938) documents instances in a wide variety of languages.

[9] For other evidence of poetic forms conserved across Indo-European languages, Watkins (1995).

[image] Visitor to Hirshhorn Museum exhibit, Over, Under, Next: Experiments in Mixed Media, 1913-present, inside Ann Hamilton’s installation Palimpsest, 1989.

Eliot, Thomas Stearns. 1942, rev. ed. 1949. Christianity and culture: the idea of a christian society and notes towards the definition of culture. London/New York.