In a path-breaking 1994 scholarly article entitled “Are People Prejudiced Against Women? Some Answers From Research on Attitudes, Gender Stereotypes, and Judgments of Competence,” a leading female scholar and her male coauthor examined prejudice against women.  Men served merely as a background control:

Recent research thus suggests that both women and men evaluate women more positively than men — a finding that we dub the women-are-wonderful effect.  These findings are provocative in the light of claims concerning negative attitudes and stereotypes about women. … There is no contemporary support in North American social psychological research for claims of pervasive negativity toward women at the level of overall stereotypes or attitudes. [2]

For the leading female scholar, these findings spurred decades of scholarly research to rationalize how the women-are-wonderful effect is consistent with gender inequality.  That earnest scholarly research generated in 2007 a book coauthored with a female scholar.  The Harvard Business School Press published this book in its prestigious Leadership for the Common Good series.  The book, entitled Through the Labyrinth: the truth about how women become leaders, observed that “women in powerful roles are still rare” and examined “what needs to be done to give women better access to authority in the workplace.”[3]  Highlighting hardships among persons aspiring to be in the top 0.1%, a laudatory review in the New York Beta Times noted:

Despite the gains of the late 20th century, today only 23 percent of all American chief executives are women, and only 6 percent of the top executive positions in Fortune 500 companies are occupied by women.

In a highly developed understanding of trickle-down economics, the sex composition of the CEO’s of Fortune 500 companies has huge implications for the homeless and the unemployed.  The sex composition of Fortune 500 CEO’s is a key issue of social justice for the millions of persons seeking to build law-abiding lives, or at least find food and shelter, after being released onto the street after months or years of incarceration. Moreover, women attending Harvard Business School feel unloved. 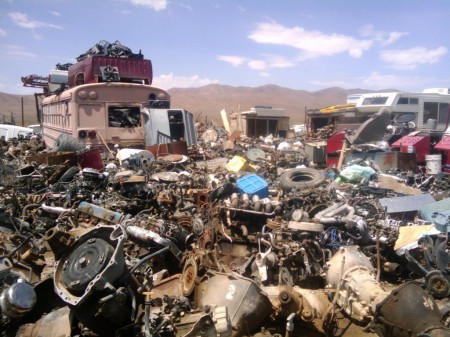 An unappreciated perspective on the women-are-wonderful effect recognizes it as the men-are-creepy effect.  The contents of Through the Labyrinth might have been much different if the women-are-wonderful effect had been recognized as the men-are-creepy effect.  But the leading female scholar would have had to step up to serve as a desperately needed woman leader.  Here’s a sketch of the missing leadership book, with the chapters organized under question headings.

Yes.  Violence against men is socially accepted.  About four times as many men die from violence as do women.  Twice as many men die from unintentional injuries as do women.  Men’s deaths attract relatively little social concern.  International authorities have ignored and naturalized men’s lifespan disadvantage relative to women, while lifespans have increased greatly over the past two centuries.

2. Where Are Leaders Who Care About Men?

There aren’t any.  The political spectrum is divided between those who seek to eradicate and incarcerate men, and those who seek to ensure that men’s lives are limited to dying for their country and providing money (“child support”) to women and children.

4. Do Child-Custody, Child-Support, and Alimony Practices Hold Men Back?

Yes.  Discrimination against men in family life is much greater than discrimination against women in the workplace.  Men don’t live life to the fullest because they lack equal opportunities within families to drop out of the labor force temporarily or permanently.  Men lack sufficient opportunities within families to have women both financially support them while personally (including sexually) respecting them.

5. Is Discrimination Still a Problem?

Yes.  Discrimination against men is so totalitarian that anyone pointing it out is disparaged as deranged or even anti-feminist.  Shaming and silencing men’s voices of protest has been common historically.

6. What Is the Psychology of Prejudice Toward Low-Status Men?

One man can create many more offspring than one woman can.  The early thirteenth-century Mongol leader Ghengis Khan conquered Asia from the Pacific to the Caspian Sea and transmitted his genetic material to about 8% of the population currently living in that region.[5]  A man’s ability to create many offspring is a biological basis for lower social value of men than women.  While the social valuation of men and women is much more complex than just reproductive biology, even leading scientific journals today are unable to recognize that “women and children first” policies on sinking ships socially devalue men.  Elite men compete among men for sexually access to beautiful women.  Elite women compete among women to transfer resources from men to women.  Those elite social dynamics have long supported social prejudice toward low-status men.

Yes.  Expressing concern about women is much more profitable and popular.

8. Do Women Lead Differently from Men?

Women leaders and men leaders show little difference in concern for low-status men. See, e.g. Through the Labyrinth: the truth about how women become leaders.

9. Do Organizations Compromise the Lives of Low-Status Men?

Yes.  About twelve times as many men die from workplace fatalities as do women.[6]

10. How Do Some Men Find Their Way Through the Labyrinth?

Some men read widely, think critically, and look at life realistically.  They figure out ways to lead fulfilling lives and to avoid being treated like money machines or disposable sub-humans.

11. How Good Are Ordinary Men and What Does Their Future Hold?

Ordinary men are wonderful.  Everyone should love and cherish them.  Unfortunately, without good leadership, their future and the future of civilization is grim.[7]

Conclusion: When you see the above book written, the teachings of Buddha have prevailed, a new era of leadership has finally arrived, and the world has moved beyond the cycle of women and men being reborn as each other.

[2] Id. pp. 13, 21.  The introduction to this paper ends with a warning against deviant interpretation of the scholarly facts:

To forewarn readers about these implications, we note that the especially positive evaluation of women that we discovered in our and others’ research findings does not mean that the millennium has arrived for women.

In further psychological research,  Hosado & Stone (2000) p. 1293 concluded, “the present study showed that men and women are still believed to be different from each other on a number of attributes.”  That suggests a need for more gender education. But id. also found evidence that gender education is having an effect:

Although the content of gender stereotypes seems to have remained unchanged over the years, the value attached to stereotypic gender traits seems to be changing. More specifically, a greater number of unfavorable attributes were used to describe men than women, thereby creating a more negative masculine stereotype.

Subsequent research has pointed to the value of exploring how women are affected by “the perils of ‘positive’ prejudice toward women.”  Glick & Fiske (2011).

Eagly, Alice H., and Antonio Mladinic. 1994. “Are People Prejudiced Against Women? Some Answers From Research on Attitudes, Gender Stereotypes, and Judgments of Competence.” European Review of Social Psychology. 5 (1): 1-35.