The Dean of the Harvard Business School, a man named Nitin Nohria, recently apologized to women at Harvard.  According to a news report:

Nohria conceded there were times when women at Harvard felt “disrespected, left out, and unloved by the school. I’m sorry on behalf of the business school,” he told a hushed room. “The school owed you better, and I promise it will be better.”

Women who win intensely sought spots at Harvard Business School have a glitteringly golden opportunity to rise to the pinnacle of wealth in American.  A major public issue is now whether at Harvard these women feel “disrespected, left out, and unloved.” 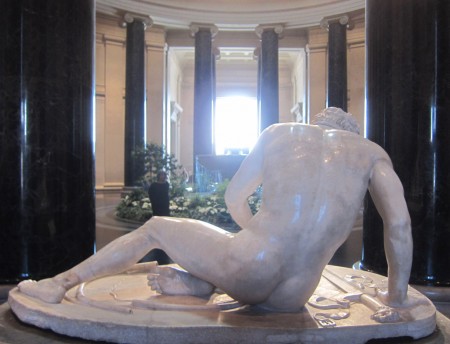 The hardships of vast numbers of ordinary men matter relatively little.  Men being imprisoned for having consensual sex and being poor isn’t a major public issue.  Gender disparities in the awarding of child custody and in the imposition of child support obligations are far larger than gender disparities in the workforce.  Yet there’s no public concern about men being unjustly deprived of custody of their children and men being treated merely as a source of money deceptively called “child support.”  Men die from violence-related injuries more than four times as frequently as women. That’s of no public concern.  Sexist Selective Service registration continues as an emblem of men’s public expendability.  Men who raise concerns about these injustices are commonly labeled cranks, or even worse, anti-feminists.  In contrast, women concerned about women’s experiences at Harvard Business School get front-page attention from the New York Times and action from the Harvard Dean.

Women’s social superiority has long been recognized.  The uproariously funny medieval French work, Les Quinze joyes de mariage (The Fifteen Joys of Marriage), explains the fate of the husband who finds in his home’s bedroom his wife embracing another man.  The wife throws her arms around the husband and tells him not to do anything that he would regret.  The lover meanwhile flees.  The husband chases after the fleeing lover.  The wife packs up and goes to her mother’s.  Her mother asks for the truth about the difficulty.  The wife says:

Goodness, that wicked man’s been after me for more than two years, and I’d always been able to put him off.  But then when my husband had gone out, the other got inside the house — Lord knows how, for I had locked the door!  Then he raped me!  ‘Pon my soul, I’d fought him off near half the night before he finally got me breathless — everyone knows a woman alone is helpless. [1]

The mother tells the wife to keep that man away.  The wife then says:

Indeed, Mother, then I’ll have to order him to stay away {get a court order requiring the man to stay away, i.e. a medieval restraining order}, for I’m sure he must be in a pitiful state: he thinks my husband’s killed me, and he’s crazy enough to drop by to see if I’m still among the living.

The mother declares, “I’m amazed your husband didn’t kill the pair of you.”  The wife responds that she saved her rapist’s life:

Hail Mary, Mother, I swear if I hadn’t hugged him just then, my lover was a goner, the poor man!

The man that the wife describes as her lover is the man that she, just a moment earlier, said raped her.  The wife then further and endearingly describes her lover:

Ah, Mother!  If you only knew what a man he is!  I swear, I’ve seen the poor thing come on foot through rain, hail, and pitch-black nights just to avoid detection.  Why, he’ll shiver half the night in our courtyard while I try to think of a way to meet him, and when I do, I find him frozen solid, yet he doesn’t complain a bit.

That’s sweet.  The wife doesn’t press her inconsistently maintained charge of rape against her lover.

The mother calls together her women friends to discuss how to help her daughter.  One woman declares:

Good Lord, when that rumor of you-know-what was circulating about so-and-so and me, my husband confronted me with it, but I defended myself well, thank God.  Why, he went more than three months without food or sleep, and he tossed and churned in bed, sighing all the while.  ‘Pon my soul, I was so tickled I laughed between my sheets and had to bite my pillow!

The women eat a pie that the lover sent them.  They scold the wife’s maid for allowing the wife’s affair to be revealed to the husband.  Then the women head out to confound and shame the husband.

Against the words of the women, the husband cannot maintain belief in what he saw with his own eyes.  One woman says to him:

I must scold you, for your mother-in-law has told me I don’t know what drivel.  My word, you’re mad to believe such nonsense.  As I live and breathe, I’m as sure of one thing as I am of death, and I’d swear it by the God of everything holy: your wife was never unfaithful nor ever meant to be.

The concluding phrase “nor ever meant be” covers the act of infidelity being done.  Another woman declares to the husband:

I swear by Notre Dame of Puy, which by God’s mercy I once visited on pilgrimage, I’ve known your wife since childhood, and she’s the finest girl in the whole country.  Why, it was a crying shame she ever got engaged to you, and now you’ve defamed her and ruined her good name. [2]

The new issue is now the husband wronging the wife.  The maid added her testimony:

I don’t know what my master here thought or imagined, but in my entire life I’ve never once seen folly in milady.  I’ve served her quite faithfully, and such things wouldn’t go by me unnoticed.

Soon a crowd of women is at the house sympathizing with the wife:

“‘Pon my faith,” adds another, “the devil did it just to drive a wedge between you, since he could find no other way to hurt you.”

“Alas!” says another, “the poor girl is still weeping!”

“As God is my witness,” cries another, “it’ll be the death of her!”

“Do you imagine,” asks another, “that we’d be so foolish as to tolerate her if she’s really as you say?  Ha!” she chortles, “in a pig’s eye! We’re not so silly as even to talk to her, much less let her live in our lane or anywhere nearby.”

The social power of women is plainly apparent.  In this case, the women are using their social power to free the wife from responsibility for her love affair.

The wife’s mother weighs in powerfully against the husband.  She arrives in tears and with the threat of violence: she “makes as if she would gladly sink her fingernails into him.”  With the support of the gathered women, the mother launches a blistering attack on the husband:

Curse the hour she was engaged to you!  You’ve ruined her good name and mine!  Alas!  Such great honor we bestowed when we gave her away, for if she’d said the word, now she’d have a fine knight and the greatest honors, too, but no! she’d take no one but you.  It only stands to reason she’s unhappy now, poor thing!  Alas!  Her bad luck could only get worse!

The gathered women comfort the mother and taunt and scold the husband.  A friar, working for the women on retainer, soon arrives.  The friar declares to the husband:

I must scold you, for I swear by Monseigneur St. Dominic or Monseigneur St. Augustine, I’ve known your wife nigh on ten years now, and I’d stake my salvation she’s one of the finest, most virtuous women in the whole country.  Of that I’m quite sure, for she’s one of my flock, you know, and I’ve probed her well and discovered only the finest feminine qualities.

The friar’s declaration about probing the wife surely contains sexual innuendo.[3]  The husband, stereotypically naive and obtuse, comes to believe that he was mistaken about what he saw.  He is induced to believe in the socially maintained myth of his wife’s fidelity.

The man who is Dean of the Harvard Business School is no more powerful than the husband in this medieval story of the fifteenth joy of marriage.  His experience would make a good case study in reality.

[2] Pilgrimages were associated with opportunities to have new love affairs.  In the eleventh joy of Les Quinze joyes de mariage, a girl gets pregnant.  Her guardian, seeking to provide for the pregnant girl’s future, encourages a good man to go on a pilgrimage with the girl.  The good man, who does not know that the girl is already pregnant from other man, subsequently marries the girl.  Scholars of new post-modern applied game theory would categorize the good man as a beta.  For example, the good man says to the (pregnant) girl:

Miss, I’m just a poor gentleman neither deserving nor worthy of your love, for you’re beautiful and loveable and gracious and endowed with all the qualities ever bestowed by Nature on a young girl.  But if you were willing to honor me with your love, I dare say that through kindness, fond attentions, and all the other services a man can render, I’d serve you and never abandon you, come what may, and I’d cherish your honor even more than my own.