The Moorish guitar sang its lament,
High and harsh in tone.
The portly lute accompanies a rustic dance,
And the Western guitar joins them.

The screaming rebec with its high note,
qalbī ʼaʻrābī does its rote play;
The Psaltery in their company is higher than La Mota.
The quill plectrum guitar dances in time with them. [1]

{I give} my heart {in exchange} for a heart,
{for} my heart is a Bedouin heart.

These lines suggest a necessity of love and an insistence on a fair bargain in love.  In Latin, galbus means yellow.  I prefer to believe that the root of galbi is the Arabic qalbī (heart). 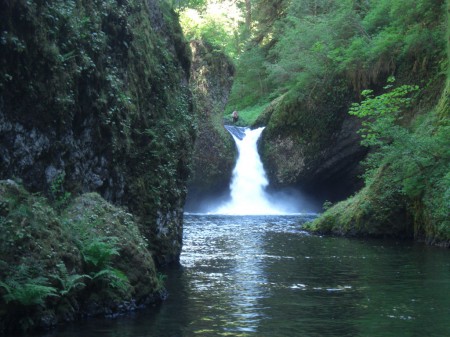 Libro de buen amor narrates the Archpriest of Hita’s failures in love.  The Archpriest tells of his experience on the Sunday after Easter:

On Sunday after Easter I saw churches and cathedrals
All filled with festivals and marriages and joyous song;
They had great celebrations and they spread delicious banquets;
From wedding on to wedding, priests and minstrels ran along.

Those who were single just before are married now in turn;
I saw them pass, accompanied by wives for whom they burned;
I strove to think how I might taste such joy as they had earned,
For he who’s single and alone has many a hard concern. [3]

The Archpriest surely wasn’t imagining the fifteen joys of marriage, because that subtle and creative book hadn’t been written yet.[4]  In the Archpriest’s insistent yearning for a mistress, a reader might perceive a less cultured interest.  A sober and judicious scholarly authority on sexual innuendo has written:

Reading sexual innuendo in medieval literature is a delicate balancing act. … Balance requires that we see medieval sexuality as being no different in practice, if not in moral sanction, than our own; but it also requires that we do not uncritically seek a mirror to, or rather affirmation of, contemporary sexual culture or politics.  Between the two extremes there remains much fertile soil to be plowed. [5]

The Archpriest had a hard plow.  Fertile soil scarcely responded to his strenuous efforts.  In Korean, galbi is a barbeque rib dish made from beef.  Properly prepared, it’s delicious.

Between a good meal and a heart for a heart wanders Libro de buen amor.

As soon as those who formerly had been alone were married, I saw that they had the companionship of ladies; I pondered how I could have such pleasure from company, for a man who lives alone always has many cares.

Wise Aristotle says, and what he says of course is true,
That all men struggle most for two things: first, what he must do
To feed himself and keep alive, and second, in this view,
To have sex with a pleasing woman who is compliant, too.
…
And that he speaks the truth is proven with no artifice:
Mankind and birds and beasts, animals in caves and dens,
Desire by nature ever new, sweet paramours and bliss,
And man has much more itch than all the rest who’re moved by this.

Libro, ss. 71, 73, trans. Daly (1978) p. 43. The attribution to Aristotle is fallacious, and in general, Libro de buen amor ridicules Aristotle and other institutional authorities.  However, the sexual interpretation of Quasimodo Sunday is consistent with popular practice in medieval France:

This week {beginning with Quasimodo Sunday} marked the beginning of spring carnival and a universal relaxation of social convention.  Jeay states that despite local variations “the character of the celebrations was everywhere the same: couples formed outside marriage, and it was the woman who took the initiative.”

is so replete with sexual “double entendres”, that it may be considered one of the most, if not the most obscene poem in the entirety of Spanish literature.

[5] Christoph (2008) p. 292.  The sexual innuendo here, whether intentional or not, is delightfully incongruous with the over-all style of this scholarly article.