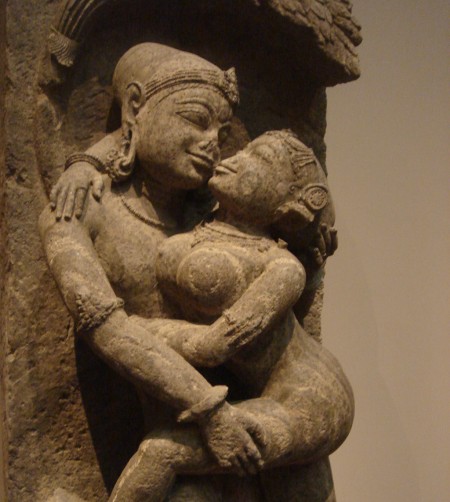 A widely reported United Nations survey recently found that less than a quarter of men in Asia-Pacific have experienced true sexual love.  Around the world, men have shorter expected lifespans than women and experience more injuries from violence than do women.  Medieval European literature testifies to the extent of violence against men, including violence against men’s genitals.  In the U.S. today, men are imprisoned for no action of their own other than having consensual sex of reproductive type.  Given social suppression of public discussion of injustices against men, one might hope that at least men personally experience true sexual love.  Sadly, a large majority of men in Asia-Pacific apparently have never experienced that profoundly human love.

The widely reported United Nations survey appears to be just another study propagating hate rape, but close examination reveals that it actually has positive public value.  The basic strategy of the survey is to ask men and women different, leading questions outside of a criminal context and then interpret their answers in terms of men’s culpability for raping women under criminal law.  Lack of respect for a speaker’s understanding of her own words and the context of those words is a common form of symbolic violence.  The survey asked each man surveyed whether he:

If the man answered yes to that question, the survey categorized the man as a rapist.  The study thus garnered sensational headlines in many news sources around the world.  The Guardian of Britain headlined: “Nearly quarter of men in Asia-Pacific admit to committing rape.”  None of the men surveyed actually admitted to committing rape.[2]  They may have just answered yes to the above question.

The world would be a more loving place if all heterosexual men with a wife/partner believed that she loved him in a way that encompassed sexual self-sacrifice.  The United Nations’ implicit model of sexuality is bartered mutual masturbation.  The couple has sex only when “it’ — meaning sex, that thing mutually exchanged — is in each of their individual interests.  It’s an arms-length deal.  Sex, in a radically different understanding, expresses freely given gift of person, including one’s physical body.  A man who experiences that gift may well have had sex with his partner when she didn’t want to have sex.  She and he would rightly believe that in such circumstances she should and would agree to have sex because she had freely given herself to him.  She would expect the same of him.  Less than a quarter of men in Asia-Pacific have experienced this true sexual love.

Changing cultures toward zero tolerance for violence against women, therefore, must be a priority for States, communities and families.

Propagating hate rape against men has become big business in international society.  Men and women should fear themselves more than they fear others.  Who dares speak out against hate rape?  You should.[4]  More men and women in Asia-Pacific and around the world deserve to experience true sexual love.

A man who believed that his wife/partner truly loved him might be profoundly disillusioned if she continually refused to have sex with him because she didn’t want to.  He might respond by killing himself, slowly and indirectly through alcohol and drugs, or immediately and directly in violent suicide.  Alternatively, he might leave his wife/partner and find another who loved him as he understood that he deserved to be loved.  A woman, not wanting to have sex but fearing that her partner might do such things, might for that reason have sex with him.  The United Nations categorizes the man in this situation as a rapist.

The word ‘rape” was not used in the questionnaire, rather it was operationalized by responses to questions on specific acts.

Rape in civilized countries is a crime legally defined through democratic lawmaking and judged under due process of law.  The survey administrators defined rape apart from any democratic process and judged rape based on non-testimonial statements not made public.  Any person willing to participate in administering such a survey thereby lacks credibility as an civilized, unbiased judge of rape.  Widely reported “findings” such as “Nearly quarter of men in Asia-Pacific admit to committing rape” also misrepresent the survey scope:

The study sample in no way represents the whole Asia-Pacific region.

Insulted his partner or deliberately made her feel bad about herself.

The corresponding question for women concerned her feelings about a man’s actions:

Was insulted or made to feel bad about herself.

[4] The title of the United Nations report on the survey is “Why Do Some Men Use Violence Against Women and How Can We Prevent It?”  The originally proposed title probably referred to “men” rather than “some men.”  The “we” implicitly seems to mean “we women leaders of the matriarchy who direct men to commit violence against other men.”  None of the supportive men likely had courage to object.  But a courageous woman probably objected, “My husband is a very loving, gentle person.  He doesn’t use violence against women.  That title is unfair to him.”  Despite vicious looks, sneers, and insults, she persisted in asserting what she knew to be true.  The junta directing the report resolved to dispose of the women’s objection by changing “men” to “some men” in the report’s title.  A proposal to change “women” to “some women” was probably curtly dismissed as offensive to women.

Fulu, Emma, Xian Warner, Stephanie Miedema, Rachel Jewkes, Tim Roselli, and James Lang. 2013. Why Do Some Men Use Violence Against Women and How Can We Prevent It? Quantitative Findings from the United Nations Multi-Country Study on Men and Violence in Asia and the Pacific. Bangkok:  United Nations Development Programme (UNDP), United Nations Population Fund (UNFPA), United Nations Entity for Gender Equality and the Empowerment of Women (UN Women), and United Nations Volunteers (UNV).