Many men today lack encouragement and support for their sexuality.  The persecution of Charlie Chaplin for his sexuality has transmogrified into a state system that holds in prison or jail roughly 45,000 men for having done nothing more than have consensual sex of reproductive type.  Academics treat masculinity as a disease.  The media ignores important dimensions of sexual inequality and treats men’s sexuality as dangerous and in need of suppression.  Everyone should be concerned, because this situation hurts women.

A thirteenth-century author of a fabliau offered sage counsel.  He wrote wearily:

So I tell you well of the proverb:
she who wants her tail soothed must stroke her husband’s head.

This problem needs to be understood within the history of sexual inequality.  Historically, men’s sexual appetite was considered inferior to women’s.  In his seminal work The Art of Love {Ars amatoria}, Ovid about 2000 years ago declared:

The cow lows to the bull in gentle pastures:
the mare whinnies to the hoofed stallion.
Desire in us men is milder and less frantic:
the male fire has its lawful limits.

A Latin school commentary from the eleventh or twelfth century explained the situation less poetically and more directly:

Sexual drive is greater in women than in men.

The medieval literature of men’s sexed protests includes a Latin lyric describing dangers of having a wife:

Her appetite no man fulfills,
for too much copulation kills.
No man, as often as she’d choose,
could pay to her his carnal dues.

Thus married women love to stray
and wish their husbands’ lives away.
Since none a woman’s lust can sate,
I don’t commend the married state.

Christian morality contributed to the hardship of marriage.  Before the development of non-sexual freedom, Christian husbands and wives were required to have sex, even if they didn’t feel like it, as part of their marital debt to each other.  The result was exhausted husbands being forced to do it out of Christian duty.

Compared to now, in the European Middle Ages fewer men had the advantage of having wives with high-paying jobs.  Men thus faced a greater burden of earning money.  But even medieval men who shrewdly married wealthy widows were not well-rested enough to keep up with their wives.  One such man complained to his wife:

Lady, you have a greedy mouth
that too often wants to be fed.
It has exhausted my spotted war-horse.
I have just withdrawn him
all shrunken and all sore.
One cannot work so much
without getting weary and limp.
The peasant may be a beautiful worker by his blessings,
but not every day is a working day.
You can drive the mare so hard
as not to leave in her a drop of blood or saliva.
You have so milked and drained me
that you have cast me to my death.

The husband requested his monetary allowance from his wife.  He threatened that if he didn’t receive it he wouldn’t do any more sexual work.  The wife refused his request for some monetary compensation for his work within the home.

Sexual economics theory has pointed to a wealth of data depicting marriage as a transaction in which the male contributes status and resources while the woman contributes sex (Baumeister and Vohs 2004). How will that play out in the coming decades? The female contribution of sex to the marriage is evanescent: As women age, they lose their sexual appeal much faster than men lose their status and resources, and some alarming evidence even indicates that wives rather quickly lose their desire for sex (Arndt 2009). To sustain a marriage across multiple decades, many husbands must accommodate to the reality of having to contribute work and other resources to a wife whose contribution of sex dwindles sharply in both quantity and quality—and who also may disapprove sharply of him seeking satisfaction in alternative outlets such as prostitution, pornography, and extramarital dalliance. [6]

This analysis rests on finding men’s sexual desire to be stronger than women’s.  A variety of social-scientific studies support that finding in contemporary circumstances.[7]  The male-female intensity of sexual desire seems to have reversed over history.  The result is much different sexual economics:

We speculate that today’s young men may be exceptionally ill prepared for a lifetime of sexual starvation that is the lot of many modern husbands. The traditional view that a wife should sexually satisfy her husband regardless of her own lack of desire has been eroded if not demolished by feminist ideology that has encouraged wives to expect husbands to wait patiently until the wife actually desires sex, with the result that marriage is a prolonged episode of sexual starvation for the husband. (A memorable anecdote from Arndt’s 2009 diary study on marital sexuality involved a couple in which the wife refused sex so often that the husband finally said that they would not have sex again until the wife initiated it. When Arndt interviewed them nine years later, he was still waiting.) Today’s young men spend their young adulthood having abundant sex with multiple partners, and that seems to us to be an exceptionally poor preparation for a lifetime of sexual starvation.[8]

New developments in communications technology, such as the rapidly growing mobile app Bang With Friends, are likely to exacerbate married men’s relative sexual deprivation.  The flourishing of men’s sexual desire in modern society is nothing less than remarkable.  That achievement should be celebrated with concerted efforts to alleviate married men’s sexual starvation. 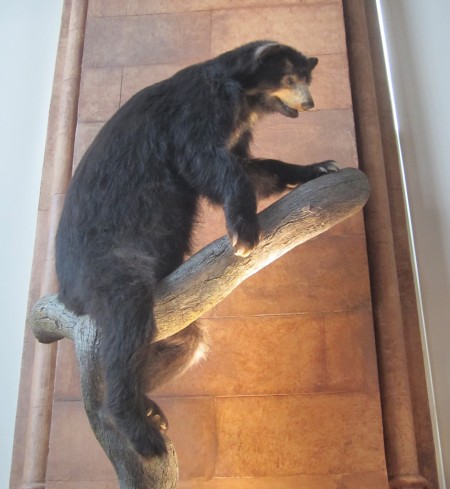 For I tell you once again, according to the proverb: she who would have her husband soothe her tail must pile endearments on his head.

For a less regularized, freely available Old French text with some significant differences relative to Livingston’s edition, Montaiglon & Raynaud (1872). Here’s the couplet in the latter text:

Id. p. 213. In part because of it is longer than a typical fabliau, La Veuve is more commonly called a roman than a fabliau. A fabliau is:

a brief tale in verse written to amuse, with characters, actions, and scenes drawn from real life, and with few supernatural or marvelous elements.

Woman, why is a multitude unable to satisfy you?
Woman, you swear, but with no care for perjury,.
Woman has no concern that the law can sentence death.

He had a very honorable heart,
but he didn’t have any of the delight
that the valiant man makes in bed.
As soon as he went to bed,
he would turn his behind toward me
and he would sleep that way all night.
I didn’t have any other pleasure.
It used to make me very unhappy.

We have in the house a poor thing,
a wretch, a softy.
Ahhh! God must hate me,
me who disdained good young men
and gallants and gentlemen
so as to take this born weakling.