Rape of women has been regarded as a serious offense throughout recorded history. Like violence against men generally, rape of men has been a much less prominent public issue. Today’s highly developed communication media make rape an insightful case study in communication economics. A fundamental principle is readily apparent: public communication highly favors criminalizing men in relation to women.

Had sexual intercourse with his partner when he knew she didn’t want it but believed that she should agree because she was his wife/partner. [1]

The United Nations defined that kind of love as rape. Moreover, it only surveyed the extent to which men receive such love from women. It produced a report that generated headlines in major newspapers. The Guardian of Britain headlined: “Nearly quarter of men in Asia-Pacific admit to committing rape.”[2] Since the survey was gender asymmetric, there was no risk of labeling a large share of women rapists.

Bias toward declaring men rapists goes far beyond United Nations bureaucracy and sensational journalism. The U.S. Centers for Disease Control and Prevention is a leading expert government agency for public health. It sponsors the National Intimate Partner and Sexual Violence Survey. That survey has repeatedly revealed that men suffer rape about as frequently as women do. That important fact hasn’t been effectively communicated publicly.

One can easily see within the National Intimate Partner and Sexual Violent Survey the acute anti-men gender bias in public understanding of rape. That survey provides both lifetime and past-year recall surveys of sexual victimization. Lifetime recall is useful for producing shocking share-of-population statistics for press releases. Past-year recall has less cognitive biases and is more scientifically credible. For factual understanding, lifetime statistics should be ignored in reading the survey results.

The definition of rape greatly affects rape statistics. The survey reports “rape” with three sub-headings: “completed forced penetration,” “attempted forced penetration,” and “completed alcohol- or drug-facilitated penetration.” So, if a man and a woman have a few drinks and then sex, the man, but not the woman, is defined in this categorization as a rapist. Some college sex-victimization experts explicitly support that gender bias in adjudicating actual sex-victimization claims. The survey reports a separate, non-rape category “other sexual violence.” Along with unwanted sexual banter, that category includes a sub-heading “made to penetrate” sexually another person. That’s how men are most frequently raped. That should count as real rape. Not including “made to penetrate” under rape shows anti-men gender bias in reporting rape.

According to the best available evidence, reasonably interpreted, women rape men more frequently than men rape women. For past-year recall, the 2011 National Intimate Partner and Sexual Violent Survey shows that 1.7% of men are made to penetrate another sexually. That should count as real rape. Under the survey’s categorization of rape, the past-year recall figures indicate that 1.6% of women are raped.[3] These figures indicate that, even outside of prisons and jails, men are raped more frequently than women are.

According to the best available evidence, reasonably interpreted, women rape men more frequently than men rape women. Regarding the perpetrators of sexual victimization of men, the survey report states:

Those figures indicate that 1.4% of men were made to penetrate sexually by a woman perpetrator.[5] That’s higher than the reasonably adjusted share of women that are raped. Just as for women’s violence against men, women raping men generates much less public concern than does men raping women. The facts of rape victimization don’t support that gender disparity in public concern.

Public discussion of rape shows that public communication favors criminalizing men in relation to women. Rape is a crime with severity of punishment just below murder. Yet major newspapers unjustly label a large share of men as rapists. On the expert side of public communication, technical victimization surveys define and report rape in a way that highlights women rape victims and obscures men rape victims. 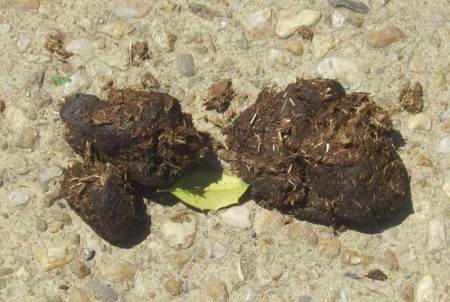 Public communication favoring criminalizing men relative to women has effects readily apparent in the incarcerated population. The U.S. currently holds in prisons and jails five times as many persons per capita as other high-income democracies do. Among persons incarcerated, men outnumber women ten to one. Men are no more naturally criminal than they are naturally business and political leaders. The lowliest victims of gender bias are incarcerated men.

Thus, by the United Nations’ measure, if a woman has sex because she is afraid that her partner will go out drinking with his buddies if she doesn’t, then he has raped her.

[3] Breiding et al. (2014) Table 1, p. 5. Under the survey’s definition of rape, rape of men is too infrequent for a population share to be estimated, given the survey’s sample size. Such rape occurs, but it’s relatively infrequent.

[4] Id. pp. 5-6. Apparently the survey, under its gender-biased definition of rape, was able to estimate sex shares of persons raping men, but not the share of men raped.

Fulu, Emma, Xian Warner, Stephanie Miedema, Rachel Jewkes, Tim Roselli, and James Lang. 2013. Why Do Some Men Use Violence Against Women and How Can We Prevent It? Quantitative Findings from the United Nations Multi-Country Study on Men and Violence in Asia and the Pacific. Bangkok:  United Nations Development Programme (UNDP), United Nations Population Fund (UNFPA), United Nations Entity for Gender Equality and the Empowerment of Women (UN Women), and United Nations Volunteers (UNV).