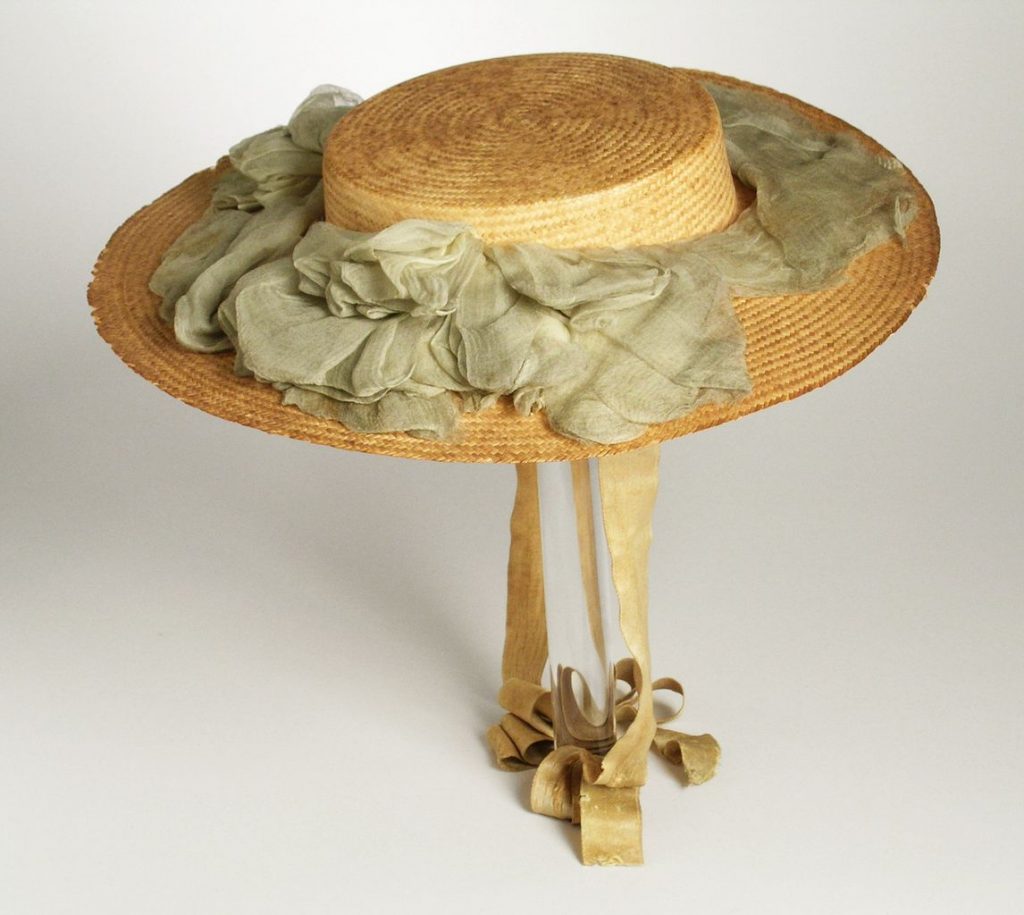 Many persons, including scholars in anthropology and other academics fields, believe that women have been regarded as men’s property except recently in enlightened places. According to this mythic history, women passed between fathers and husbands as transactions in men’s interests. Women were merely men’s “chattels.”[1] Medieval women themselves ridiculed a much less extreme version of that view. The medieval Christian church doctrinally required a woman’s free consent for a valid marriage. Moreover, the thirteenth-century Old French epic Aymeri of Narbonne makes abundantly clear that women’s consent to marriage was vitally important.

Aymeri was a noble, highly respected knight. At the request of Emperor Charlemagne, Aymeri led taking the city of Narbonne from a strong Muslim force. Aymeri then became King of Narbonne. He ably defended Narbonne and surrounding areas from attacks and acquired wide renown. When his father Count Hernaut and his mother died, Aymeri, an only child, inherited their titles and all their wealth.

According to this thirteenth-century French epic, once Aymeri had acquired wealth and noble titles, “Now it was appropriate for him to have a wife {Or li covenist fame}.”[2] Men can lead worthwhile lives without marrying a woman. Moreover, men need only themselves, not wealth and prestige, to be a worthy husband. But all those around Aymeri, “the small and the great persons {li petit et li grant},” adhered to gender norms that oppress men. They all urged Aymeri to marry.

Aymeri sought for a wife a woman who was beautiful, wise, noble, and not close kin to him. One of his lords proposed Princess Hermenjart. She lived in Pavia, a place known in the Middle Ages for women generous in love to men. Princess Hermenjart reportedly had heard much pleasing to her about Aymeri. Aymeri in turn was pleased with what he heard of Hermenjart:

Golden is one so known, by God who doesn’t lie,
that if I don’t have her, I’ll create such a battle
that a thousand iron-clad men will die
for the love of this young woman!

While governments today dedicate billions to addressing violence against women, the entrenched gender injustice is quite the opposite: violence has always been overwhelmingly gender-structured as violence against men. Aymeri sent a force of sixty heavily armed knights, lords of his realm, to Pavia to convey his proposal of marriage to Hermenjart. With the confidence that makes a man attractive to a woman, he assumed that she desired to marry him. The anticipated obstacle was her brother King Boniface of Pavia and other nobles. If they didn’t allow Hermenjart to fulfill her desire to marry Aymeri, many men would engage in brutal battle and die.[3]

Aymeri’s envoy to Pavia frightened King Boniface. Moreover, the liberality of Aymeri’s lords to the people of Pavia made King Boniface look poor and miserly in comparison. To enhance his standing relative to Aymeri’s envoy, Boniface pretended that they had intended to take Hermenjart against her will. He then spoke wisely and patronizingly to them:

My lords, know one thing that is true:
very foolish and dreamy-headed is the man
who takes a wife against her will,
for that man won’t have a wife who loves him
or honors him or serves him well.
But so that in this none find blame in me,
I’ll go to the young woman, if you want.
If she accepts what you have said here,
then I’ll give her to you, freely and with love.

Aymeri’s lords course agreed, for they had sought Hermenjart only according to her will. Just as in highly developed democracies today, all understand that the deciding factor is what women want.

While Hermenjart was from Pavia, renowned for generously loving women, she was ungenerous with her love. Many men with great wealth and high titles had courted her. She had spurned them all. Refusing to appreciate that men typically acquire great wealth and high status only when they are relatively old, Hermenjart disparaged her eminent suitors, particularly for being old men:

Spoleto’s ruler, with a large group of lords,
Othon the King, with a similar domain;
and Savaris, the white-haired,
the German lord, who must be a big fool —
because I’d like better to be buried alive
than to waste my love as such an old man’s wife.
And the Duke Ace, an official in Venice
for more than a year sought much and pleaded.
Similarly André, ruler of Hungary, sought me;
He’s a rich man, this I don’t deny —
ten cities are within his domain —
but he shall not have me as companion
because he is old and has a white beard,
his head is red and his flesh isn’t fruitful.
By that faith I owe Saint Mary,
I wouldn’t take him, though I should lose my life.
I’d like better to be burned upon a fire
than lie in bed with his withered belly!
So help me God who has all under his rule,
I’ll never have an old man.

The eleventh-century Latin epic Ruodlieb recognized that sexual symmetry in spouses’ ages isn’t necessary for a happy marriage. Hermenjart, in contrast, while valuing men for their wealth and status, was also hatefully ageist.[4] Like many highly privileged women, she wanted it all.

Aymeri was an extraordinary man: wealthy and with high titles, but also young. When Aymeri met Hermenjart, he assured her that she could continue to live her life of privilege far above even that of elite men:

I am Aymeri
who would be your lord and husband.
As soon as you have arrived in my hall,
more than two thousand prized knights
will serve your wish in any way at all.

Aymeri knew that Hermenjart loved him and desired to be his wife. Yet, like a well-instructed college boyfriend wanting to kiss his girlfriend, he sought her formal, verbal consent before engaging in any expression of affection:

“Beautiful lady,” he said, “what are you thinking?
What do you make of me, concealing from me nothing?
From far I’ve come seeking you, you know well;
If this request to you is such that you don’t want me,
then reveal your wish to me right here,
and beyond this you need say no more words,
because you know well, if you refuse me,
would one give me all the gold of ten cities,
I wouldn’t take you, if you don’t want to be my wife.

Hermenjart affirmed to Aymeri “I love you more than any man who has ever lived {plus vos aim que home qui soit nez}.” They then married and lived happily ever after, with Aymeri suffering terrible wounds in battles and many men being killed.

Over the past millennium in western Europe, women probably have had more choice in marriage than men have. Locality, social relations, and economic realities limited the pool of potential mates to a small number for both men and women. But men have historically faced the gender burden of bringing disproportionate economic resources to a heterosexual relation. Men unable to provide money, both in the past and in the present, have been regarded as “unmarriable.” That women have been men’s property is less historically accurate than that men have been women’s servants.

[1] Margo Wilson and Martin Daly have long pushed that absurd claim with astonishing success. See, e.g. Wilson & Daly (1992). For some analysis, see my post on primatology and vegetarianism, particularly note [4].

[2] Bertrand de Bar-sur-Aube, Aymeri of Narbonne l. 1333, Old French text from Daimson (1887) v. 2, my English translation benefiting from that of Newth (2005). Newth’s translated this line as “A wife alone was lacking.” That translation subtly reverses the sense of the text to fit the gender myth of women as men’s property. In that misleading translation, Aymeri, who now has much land and material goods, lacks only a wife, analogous to another material good. What the text actually states is “Now it was appropriate for him to have a wife {Or li covenist fame}.” Material goods and social status function as prerequisites for men to marry. Women are not similarly constrained in their choice to marry.

[3] Underscoring that men’s lives counted little relative to a woman’s life, the narrator commented about Aymeri’s envoy to Boniface:

If Boniface were not in his best senses,
and out of pride, or ill-advised, objected
to do their will in any way required,
his town at once would be so fiercely threatened
that fifty men, then fifty more would perish
for this fair maiden’s love.

[4] Even old men can be sexually vigorous. Consider Phileros’s eulogy for Chrysanthus:

Her spirited speeches in criticism of her previous suitors’ unsuitability, her brother Boniface’s meanness and her Lombard countrymen’s cowardice, are the verbal highlights of the work, adding a human and often humorous depth to the heroic surface of the the tale … Hermenjart is possessed of an exotic beauty, an equal courage and moral strength to that of her French hero {Aymeri}, and a greater charisma and enterprise to muster men, in small or large supply, to her and her support.

Newth (2005) p. xxi-ii. Newth sees in Hermenjart qualities typically associated with a Saracen (Muslim) princess in French epic. Elite Muslim women under the caliphs were highly privileged and could dominate the caliph himself.

4 thoughts on “not men’s property: medieval women chose whether & whom to marry”