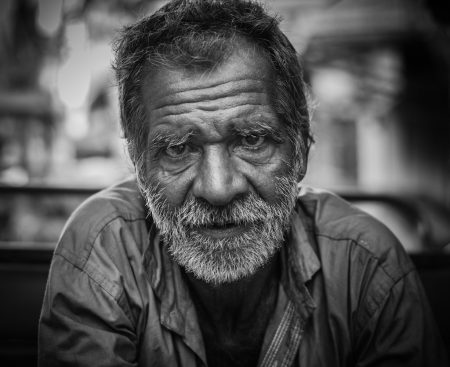 Most men love to be with beautiful, young women. But what happens when a man gets old? Old men readily fall into the desperate self-abasement of courtly love. Acting chivalrously, wrongly understood, might make old men feel sexually alluring. Chivalrous behavior, however, rewards old men only with knightly fantasies. Men cannot have it all, just as everyone cannot be the richest man in the world.[1] Men can, however, choose different priorities for different stages of their lives.

Having the wrong priorities can lead a person to utter self-humiliation and abasement. Consider an old man begging the young beauty Focilla in fifteenth-century Italy:

Don’t take away those sexy eyes,
show pity on my old age.
Love all the young men, go flirt with them,
only, my girl, don’t spurn my years.
Give yourself to this one and that one,
just don’t deny me who loves you.
I don’t want sex and thrills;
I’ve given up sexual pleasure.
But I beg you for those sexy eyes.
Whenever you turn towards me with
those sexy eyes, laughing and weeping,
you give me back my youth.
I’d remove the garments of old age
if sweet you would thrice kiss me, Focilla,
if you’d draw my tongue into your tender mouth,
if you’d hang entwined about my neck.

To have fuller lives, men and women should align their priorities to complement their age. Cleric-scholars in medieval Europe lamented their lack of bodily activity after choosing as young men to be students of Athena rather than students of Venus. They alternately might have arranged their lives like the fifteenth-century Italian Andreas Contrarius did his:

Thalia, which literally meaning flowering in ancient Greek, was one of the three Graces (Charites). She was also the Muse of light verse. Here she seems to represent primarily a singing courtesan learned in entertaining men, including having sex with them. As a young man, Contrarius may similarly have become learned in pleasing men. In any case, he didn’t as a young man waste his youthful beauty with his face to books or to a long-term career. Only as an old man did Contrarius become a student of Athena. He didn’t have it all at the same time. He prioritized different pursuits at different ages.

Men should seek women’s love when they are young men, for aging respects no one’s self-identification. A leading businesswoman has advised young women to sleep around when they’re young, and then late in their reproductive life, marry boring men who will reliably support their wives’ careers. Men usually don’t have a similar, gender-symmetric life opportunity. Yet men can adapt. Ovid as an old man turned away from seducing women to study of mathematics, astronomy, theology and other engaging subjects. Other men can similarly develop new interests in response to their changing circumstances.

White-haired Myron requested a night with Laïs,
and she refused him outright.
He understood the cause, and with soot
dyed his white head dark.
With the same face, but not the same hair as Myron,
he begged what he begged before.
But she, contrasting his features with his hair,
thinking him alike, but not the same
(maybe even the same, but wishing to enjoy a jest)
thus said to the crafty wooer:
“Awkward one, why ask me what I have refused?
I have already rejected your father.”

[1] The question “Why can’t women have it all?” has long been a major topic of discussion in the U.S. No one can have it all. Gynocentric society keeps women in the dark about that banal reality in order to promote the anti-men resentment that helps to support gynocentrism.

Myron of Eleutherae was a famous sculptor who lived in fifth-century BGC Athens. His bronze sculpture of a cow featured in many Greek and Latin epigrams. See e.g. Ausonius, Epigrams 68-75, and Squire (2010).

Laïs was a famous courtesan of fifth-century BGC Corinth. Ausonius described Laïs as being among “names of lascivious fame {lascivae nomina famae}” in Epigrams 39, “Of the opinion that his wife has of him {De opinione quam de illo habebat eius uxor}.” Ausonius also described Laïs lamenting her own old age in Epigrams 65, “On Laïs dedicating her mirror to Venus {De Laide dicante Veneri Speculum suum}.”

[image] Portrait of an intense old man. Source photo thanks to aamiraimer on pixabay.